View as slideshow
Previous 1 of 19 Next

1. Myth or Fact? Ankylosing Spondylitis (AS) Only Affects the Back 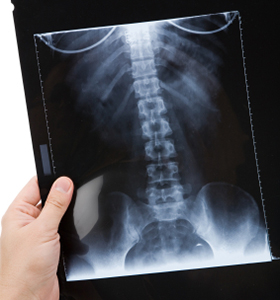 This is a big myth. Ankylosing Spondylitis (AS) is a form of inflammatory, painful arthritis that mainly affects the lower back and spinal joints (vertebrae). However, other joints such as the knee, shoulders, hips, ribs, heels and small joints of the hands and feet can be involved, too.

Even the eyes can be affected with a condition known as uveitis, and rarely, the lungs and heart, too.

People with severe AS may stoop over due to the fixed position of the spine - this is termed kyphosis.

2. Myth or Fact? Ankylosing Spondylitis Only Affects the Elderly 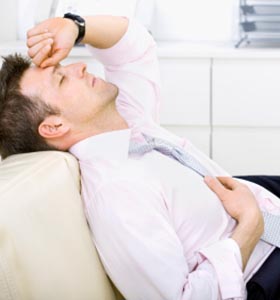 This is also a myth. Ankylosing Spondylitis (AS) is uncommon and rarely begins after the age of 45. It occurs most frequently in white males 20 to 40 years old, although it can occur in children, too. Even though ankylosing spondylitis is a type of arthritis, it only affects about 1 in 1000 people.

The exact cause of AS is not known, but there does appear to be a genetic link as it does run in families. About 90% of people with AS also have a gene that produces a "genetic marker" - a protein called HLA-B27. However, having the gene doesn’t mean you will absolutely get AS - fewer than 5% of people with HLA-B27 get AS. 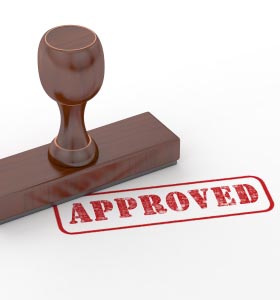 There is not a cure for Ankylosing Spondylitis (AS); however, there are FDA-approved medications that can reduce AS symptoms and help to manage the pain.

AS is an autoimmune disorder, which is an illness that occurs when the immune system wrongly attacks tissues in the body. NSAIDs are helpful for pain and studies show TNF blockers can slow or halt AS disease progression.

Secukinumab (Consentyx), the first in a new class of medicines called interleukin-17A (IL-17A) inhibitors was FDA approved in 2016 to treat AS. Consentyx significantly reduces signs and symptoms of AS and increases overall mobility.

4. Myth or Fact? Diagnosis of Ankylosing Spondylitis Requires Many Tests

Not really, this is a myth. Usually the diagnosis is fairly straightforward. A rheumatologist, a specialized arthritis doctor, will usually make the initial diagnosis.

An X-ray or MRI can show if there is inflammation of the sacroiliac joint. The doctor may also run a blood test for the presence of genetic markers, and symptoms and history help to make the diagnosis.

5. Myth or Fact? Drugs Are the Only Way to Treat Ankylosing Spondylitis 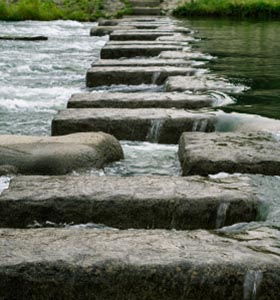 This statement is a myth.

While medications are one component, they aren't used alone. The goals of treatment with AS are fourfold:

Treatment for AS involves a multi-stepped approach: medication, exercise and/or physical therapy, applying heat/cold for muscle relaxation and to relieve joint pain.

Joining an ankylosing spondylitis support group may provide benefits, as well, like discussion among your peers and keeping up with the latest news.

6. Myth or Fact? People with Ankylosing Spondylitis Should Avoid Exercise 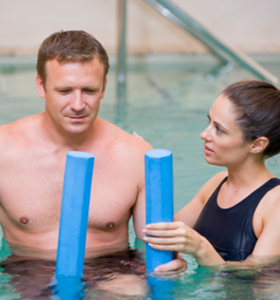 Absolutely not, another myth. A defined plan of physical therapy and individualized exercise is important for everyone with AS.

Back stiffness, especially in the morning, is one feature of AS that often improves with activity. People who have this disorder may get worse if they do not exercise regularly. The physician may send the patient to the physical therapist who can develop a plan of stretching, deep breathing and range-of-motion exercises. Hydrotherapy may be used as well.

Physical therapy can help to keep the back flexible, prevent stooping, make daily activities easier, and lower the chances of severe pain or further injury. 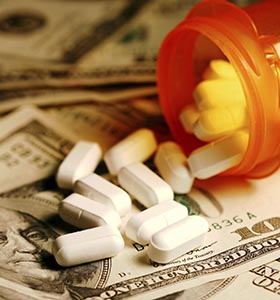 This is a myth, too. In fact, initial drug treatment can be quite affordable.

Drug treatment with anti-inflammatory NSAIDs or analgesics are usually the first drugs used for ankylosing spondylitis treatment. Treatment might include one of these medications:

These drugs are readily available either over-the-counter (OTC) or with a prescription and most come in a low-cost generic option.

However, NSAIDs can be associated with serious side effects such as stomach bleeding, heart attack, and stroke - patients should discuss these side effects with their doctor, especially with long-term, chronic use of NSAIDs. 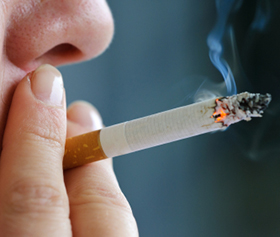 Myth. Not everyone with ankylosing spondylitis has severe disease or physical disability - the disease course is variable and differs greatly among patients.

It is not a life-threatening disease and many people are able to work and function normally throughout their day. In most cases, AS is characterized by painful episodes followed by remissions, a time where the pain subsides.

Studies have shown that patients who have disease onset at an older age may be more prone to severe joint damage. In addition, smokers were more than four times as likely to have severe damage as nonsmokers.

For severe ankylosing spondylitis or other joint problems, surgery or joint replacement may rarely be required.

9. Myth or Fact? There is Little I Can Do to Help Myself 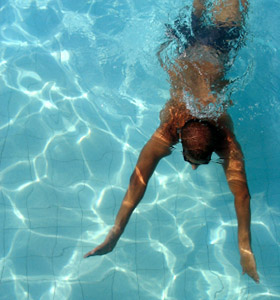 This statement could not be further from the truth.

Patients who are able to engage in an active lifestyle, maintain a regular exercise program and body weight, refrain from smoking, and keep up with clinic appointments and treatments will have a better outcome. A firm mattress may help to decrease morning stiffness. Some patients like to exercise in a pool or swim for exercise as it is easier on the joints.

Studies have shown a diet high in omega-3 fatty acids (found in cold water or oily fish like salmon, flax seeds, and walnuts) can reduce joint inflammation in rheumatoid arthritis patients, and there is some evidence it might be helpful in ankylosing spondylitis, as well.

Definitely not true. The biologics, or tumor necrosis factor (TNF)-alpha inhibitors (TNF blockers), can play a key role in those who do not respond to NSAIDs. TNF blockers can lead to less back pain, stiffness, and inflammation; they may also slow progression of AS. TNF blockers may be used in conjunction with NSAIDs for symptom control.

FDA-approved biologics for ankylosing spondylitis include:

They are administered in the clinic or given by self-injection at home. Some patients with AS may see results as soon as 2 weeks, but for others it may take several months.

A Cochrane Review from Maxwell and colleagues concluded that there is moderate to high quality evidence that anti-TNF agents improve clinical symptoms in the treatment of ankylosing spondylitis.

11. Myth or Fact? TNF Blocker Side Effects Are Very Dangerous 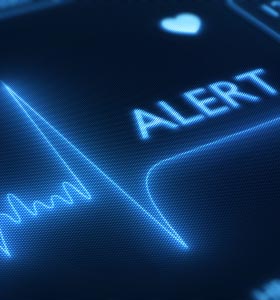 Not always. But you should educate yourself.

Also, a very rare side effect is the increased frequency of certain cancers, for example:

12. Myth or Fact? TNF Blockers Are All the Same 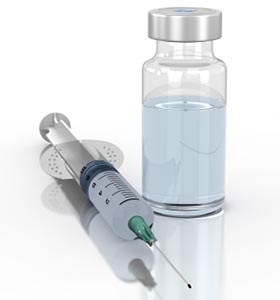 Wrong. All TNF blockers target an inflammation-causing substance called TNF, but there are some differences, too.

Costs can vary, too. Be sure to check with your insurance carrier for their covered TNF blockers (those that are on their formulary), which will save you money. Ask about the use of a specialty pharmacy, if needed. If you do not have insurance, call the manufacturer to inquire about patient assistance programs.

Remember, many patients experience significant improvements in their ankylosing spondylitis using a TNF blocker, no matter which one they use. 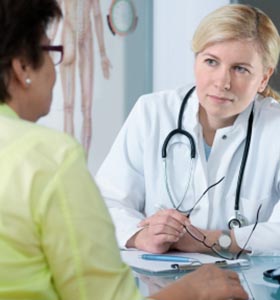 Definitely a myth. In fact, the most common side effect seen with the TNF blockers are injection site reactions on the skin.

A localized rash, burning, or itching may occur and can last up to one week. Roughly 10% to 20% of patients (10 to 20 out of 100) might experience injection site reactions, which are usually described as mild. However, if the reaction still persists after one week, contact your doctor to discuss.

In addition, patients using TNF blockers should consult with their health care provider before receiving any "live" vaccine (for example: FluMist or BCG vaccine) as TNF blockers may make the vaccine less effective. 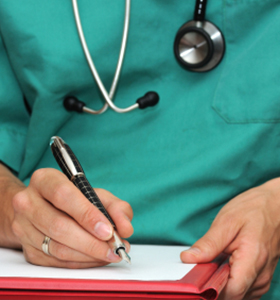 This is a controversial topic.

Several studies have suggested no effect of TNF blockers to slow disease progression in AS.

However, a study by Haroon and colleagues suggests that TNF blockers can reduce progression of spinal damage as seen on an X-ray by up to 50%.

15. Myth or Fact? There is No Way I Can Afford TNF Blockers 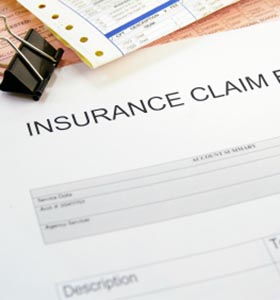 Think about this: TNF blockers are some of the most expensive drugs on the market today. For example, Humira can run from $5000 to $6000 per month if you are paying out-of-pocket, even with a coupon discount.

Biosimilars may be more affordable, but your doctor will need to write your prescription specifically for the biosimilar, as TNF blockers cannot be substituted at the pharmacy level. And not all approved biosimilars are on the market yet.

If you have insurance, check with your plan to determine the preferred treatments and copays for ankylosing spondylitis. The manufacturer may be able to assist you with these copay costs as well, if you qualify.

16. Myth or Fact? If TNF Blockers Don't Work, There Aren't Any Other Options 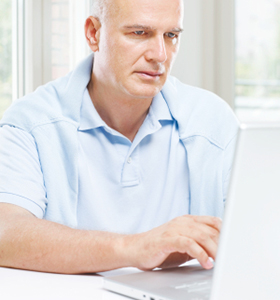 Wrong, a myth for sure. TNF blockers are effective for many patients with ankylosing spondylitis (AS), but there are still other options for patients who do not respond or cannot use them.

Sulfasalazine, an oral disease-modifying drug often used in rheumatoid arthritis, may be used in AS patients with symptoms in other areas besides just the spine. In general, opioid pain medications should be avoided due to side effects and concern for addiction.

Approximately 20% to 40% of patients do not respond well to standard of care biologic drugs, and there are few other options.

In 2016, the FDA approved Cosentyx (secukinumab) for AS, offering a totally new type of treatment option. 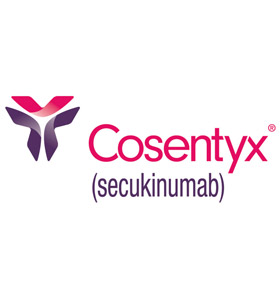 Cosentyx is the brand name for the drug secukinumab and is administered by subcutaneous injection, usually every four weeks.

Fever, headache, muscle aches, sore throat, fatigue and a stuffy or runny nose are common side effects. Cosentyx also increases your risk of infection and patients treated with Cosentyx should not receive live vaccines.

Studies have shown that 61% of patients had an improvement of at least 20% in their ankylosing spondylitis symptoms after 16 weeks of Cosentyx treatment, with 36% experiencing over 40% improvement. Many of these patients had failed to respond to or were intolerant of biologics.

In June 2020, the FDA also approved Cosentyx to treat active non-radiographic axial spondyloarthritis (nr-axSpA). nr-axSpA is part of the axSpA spectrum, which is characterized by inflammatory arthritis of the spine associated with chronic inflammatory back pain, but may not show on X-ray studies.

In August 2019 the FDA approved Eli Lilly’s Taltz (ixekizumab) injection for the treatment of adults with active ankylosing spondylitis (AS).

Like Cosentyx, Taltz is also classified as a humanized interleukin-17A antagonist. Taltz works to lower pain and swelling by inhibiting the release of pro-inflammatory cytokines and chemokines. It's also approved for the treatment of plaque psoriasis and psoriatic arthritis.

FDA approval was based on Phase 3 studies in 657 adults. At 16 weeks, patients achieved ASAS40 (improvement by at least 40 % in various signs and symptoms of AS) at the following significant response rates: 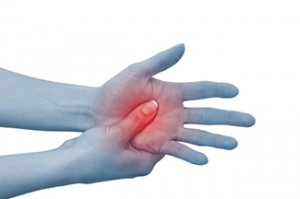 Drug Treatments for Rheumatoid Arthritis - What Are Your Options?

The treatment of rheumatoid arthritis has notably improved in the last 50 years -- medications allow patients to control pain, remain active, and limit progressive joint destruction. What do you…