Note: This document contains side effect information about valdecoxib. Some of the dosage forms listed on this page may not apply to the brand name Bextra.

Cardiovascular side effects reported in less than 2% of patients have included aggravated hypertension, aneurysm, angina pectoris, arrhythmia, cardiomyopathy, congestive heart failure, coronary artery disorder, heart murmur, and hypotension. A greater frequency of cardiovascular events has been reported in patients given valdecoxib (the active ingredient contained in Bextra) following a coronary artery bypass grafting surgery than in those given standard pain treatment.[Ref]

Studies to evaluate valdecoxib's long-term cardiovascular safety profile in patients with arthritis are being planned by the makers of the drug.[Ref]

In a recent letter to healthcare professionals sent by the manufacturer of valdecoxib (the active ingredient contained in Bextra) the following postmarketing dermatologic adverse effects have been reported: erythema multiforme, exfoliative dermatitis, Stevens-Johnson syndrome, and toxic epidermal necrolysis.

Data obtained from postmarketing adverse event reporting suggest that the skin reactions have occurred primarily within the first two weeks of valdecoxib therapy.

Toxic epidermal necrolysis has been reported in a 55-year-old woman, with a documented sulfa allergy, after taking valdecoxib for 8 days.[Ref]

Dermatologic side effects have included serious, potentially fatal skin reactions, including Stevens-Johnson Syndrome and toxic epidermal necrolysis. These reactions are most likely to occur in the first two weeks of treatment, but can occur any time during therapy. In a few cases these reactions have resulted in death. The reported rate of these serious skin reactions appears to be greater for valdecoxib than other COX-2 agents.

Endocrine side effects reported in less than 2% of patients have included goiter.[Ref]

Pancreatitis has been reported during the postmarketing period. It is not possible to estimate the frequency or to establish causality.[Ref]

Hypersensitivity side effects have included aggravated allergies and allergic reaction.[Ref]

In a recent letter to healthcare professionals sent by the manufacturer of valdecoxib, postmarketing general adverse effects have included anaphylactic reactions and angioedema (hypersensitivity reactions).[Ref] 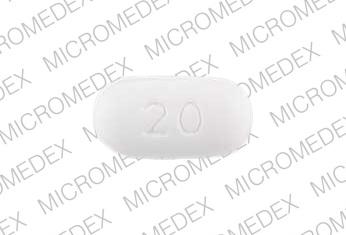