Where There's Smoke There's Fire: Know The Risks Before You Light Up

Medically reviewed by Carmen Fookes, BPharm. Last updated on May 6, 2021.

View as slideshow
Previous 1 of 17 Next

Think About The End Before You Begin 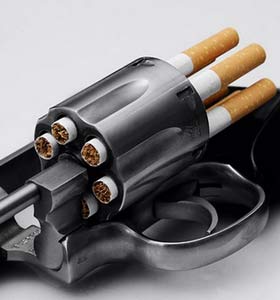 Are you a smoker or are you thinking of starting?

Is it to appear older or fit in with friends? Maybe you like that rebellious feeling when you sneak a cigarette because you know you're not supposed to. Perhaps you just need something to calm your nerves every now and then, or did someone tell you it helps you lose weight?

Whatever the reason is, know one thing. Smoking is very addictive. Most people who start smoking in their teens are addicted by the time they reach adulthood. And it is extremely hard to quit.

I Know It's Bad, But I Still Do It 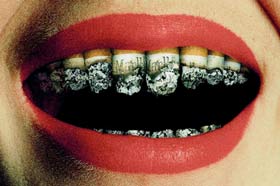 For those of you that officially smoke (or unofficially light up when nobody is looking), have you ever thought about why you keep on smoking?

The reason? Nicotine makes you both psychologically and physically addicted to cigarettes. Quitting smoking requires you to tackle both these addictions, together. And that isn't always easy. 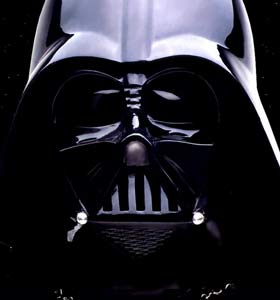 When most people think of addictive substances, they think of cocaine or heroin. But research suggests nicotine is just as addictive as most narcotics.

Nicotine is the fundamental reason that smokers continue smoking. Nicotine is an alkaloid that acts as a natural insecticide for tobacco plants. In its pure form, nicotine is more poisonous than either strychnine or arsenic.

Within 7 seconds of smoking nicotine, several "feel-good" substances - such as dopamine - are released in the brain. This sudden reward pathway is thought to be the reason cravings for nicotine can be so intense.

It's Not Entirely Your Fault That You Are Addicted

Most people who smoke become addicted to nicotine and research has identified a cluster of genes that long-term smokers are more likely to have, indicating a genetic predisposition towards smoking.

In addition, you are more likely to smoke if you are unemployed, have a low income, didn't graduate from high school, or if your parents smoked. Smokers are even less likely to vote. The more regularly you smoke, the more likely you are to become addicted. 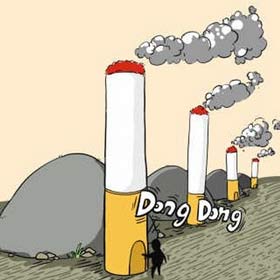 Tobacco leaves aren't the only ingredient in cigarettes cigars and pipe tobacco. Flavorings and other chemicals are also added, and when all of these ingredients burn, they create a haze of over 7000 chemicals including 70 carcinogens (cancer-causing agents).

Every time you light up think about the chemicals like cyanide, benzene, formaldehyde, acetylene and ammonia you are inhaling. Not to mention poisonous gases such as carbon monoxide and nitrogen oxide. To add to it all, sticky tar ends up coating the cilia (fine projections) in your lungs that exchange oxygen and carbon dioxide, seriously affecting your breathing.

You May Have Heard It All Before, But Listen Like It's New 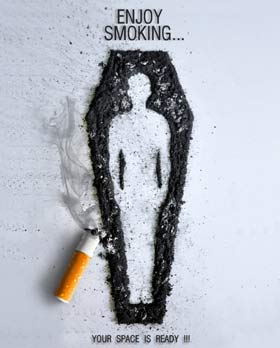 We know you have heard the "Smoking is Bad For Your Health" record, time and time again. But that tune contains a very important message: Every day you smoke, every day you do more damage.

Every one of the 480,000 US citizens who died last year as a result of cigarette smoking might still be here today if they had never lit up their first cigarette.

Smoking is a main cause of small cell and non-small cell lung cancers. Men who smoke are 23 times more likely to develop lung cancer compared to never-smokers; women are 13 times more likely. Smoking also makes you more likely to develop cancers of the mouth, bladder, stomach, pancreas and liver. Continued smoking increases your risk of a heart attack, stroke, or circulatory problems. Smoking can worsen asthma, hinder recovery from a cold or flu, and cause impotence.

Smoking also makes you more likely to develop severe Covid-19, require a ventilator, or die from the disease. Need any other reason to quit?

Burning Wads Of Cash With The Flick Of A Lighter

Would you throw away a new i-Phone every two months? What about hand a complete stranger an all-expenses paid trip to Hawaii every year? You may as well if you smoke a packet of cigarettes a day, particularly if you live in New York, where cigarettes cost more than anywhere else in the United States.

The cost of a packet of cigarettes varies widely from state-to-state mostly due to state excise taxes. Over a year, your smokes are costing anywhere between $2000 to $1200. There's a whole lot of other stuff you could buy with that! Plus, smoking can increase health care costs, too.

E-Cigarettes Are Not Without Their Risks 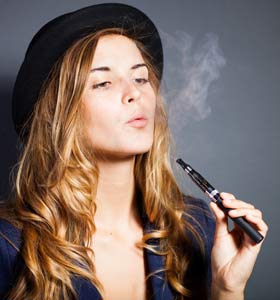 E-cigarette use has dramatically increased, especially among teenagers. Clever marketing claims that e-cigarettes have little impact on your health. This is not quite true!

While ECs do not contain the same number of chemicals that tobacco products or conventional cigarettes have, they are not without their risks. Research indicates ECs cause biological changes in the lungs, most likely due to vitamin E acetate contained in some vape fluids. In 2019, the first death attributable to vaping was reported, the first of several, and many more people have been hospitalized with vaping-related lung disease.

Nicotine reduces blood flow, and plastic surgeons recommend patients avoid smoking e-cigarettes for at least four weeks before their procedure. Nicotine in E-cigarettes is just as addictive as nicotine in nonelectronic cigarettes. And if you think vaping is a good way to give up smoking, it isn't!

Nicotine: A Poison In Its Own Right

Nicotine is easily absorbed by inhalation, through the skin, or after ingestion. This makes any nicotine-containing product - including e-cigarette cartridges and nicotine patches - a danger to young children and pets. Even adults are at risk if they allow nicotine liquid to get on their skin.

Too much nicotine can cause a rapid heart beat, high blood pressure, nausea and vomiting, confusion and may lead to seizures. Fatalities have also been reported.

I Don't Inhale, I Just Chew The Stuff 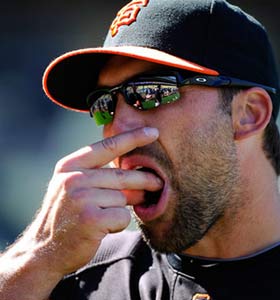 Chewing tobacco and other forms of smokeless tobacco are more harmful than you think. Although they don't contain the same number of carcinogens as cigarette smoke, they still contain over 30 toxic substances.

Smokeless tobacco still contains nicotine, so it is addictive. Because you hold this type of tobacco directly in your mouth, the risks of oral cancer, including cancers of the mouth, throat, cheek, gums, lips and tongue are higher. Chewing tobacco also contains high amounts of sugar, which contributes to dental cavities and gum disease, and can also stain and damage the enamel on your teeth.

First Rule Of Quitting: Enlist An Army Of Help 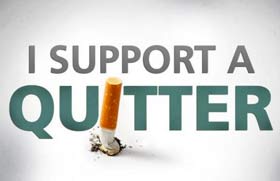 So you've decided to quit. Awesome! Making that decision will turn out to be one of the best decisions of your life, not just for you, but also for your whole family. Set a stop date and enlist the help of family and friends. Take advantage of a number of free resources available, such as: 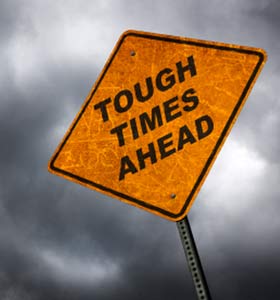 Its no easy ride when you decide to stop smoking. For a start, there's your everyday life that reminds you of when you use to smoke...perhaps lighting up was the first thing you did when you got out of bed, had your coffee, or walked to the subway.

Think of activities you enjoy that you can substitute, such as listening to music, going for a walk or chatting with a friend. Know that it will take commitment and effort to quit smoking. Write down the reasons you want to quit and review that list when you feel yourself wavering. 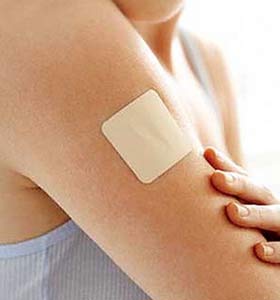 If you know you'll need more than just a text reminder or phone call to stop smoking, then talk to your doctor or pharmacist about NRT and other medicines that can help you quit.

NRT involves the use of products that supply varying dosages of nicotine. The goal is to slowly withdraw the person off nicotine, reducing the risk for cravings. NRT is most useful in people who smoke more than 10 cigarettes per day.

Nicotine supplements are available as gum, inhalers, lozenges, nasal spray and skin patches. Brands, some available over-the-counter without prescription, include:

Other Prescription Drugs To Help You Quit 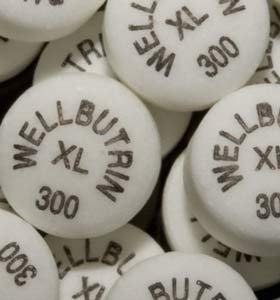 Bupropion reduces symptoms of nicotine withdrawal by acting on chemicals in the brain that are related to nicotine craving. It works best when started one to two weeks before you quit. 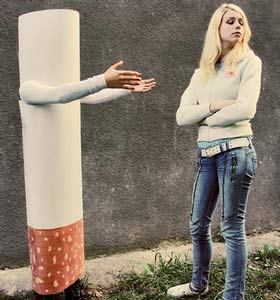 Tobacco cravings or urges to smoke can be powerful. But don't let them suck you in.

Remember that no matter how strong the urge is, it will be short-lived and will pass within a few minutes whether or not you smoke a cigarette.

If you feel yourself giving in, tell yourself you must first wait ten minutes then distract yourself for that period of time. Resisting one craving, then the next, brings you one step closer to stopping smoking.

Talk to your doctor about nicotine replacement therapy or other medicines to help you stop if the cravings are proving too powerful to resist.

Now When You Wake Up You Can Really Smell The Coffee 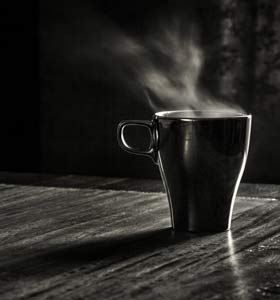 Within a few days of quitting you will regain your sense of smell and taste. Your friends won't be able to smell smoke wafting off you when you walk into a room, and your fingers will slowly lose that yellow look. Within a few months, your breathing will have noticeably improved and your risk of heart attack and stroke decreased. After ten years, your chances of developing diabetes is that of a nonsmoker and your chance for lung cancer is significantly less than if you had continued smoking.

Pat yourself on the back and remind yourself of these benefits every time you think about having a cigarette.

Finished: Where There's Smoke There's Fire: Know The Risks Before You Light Up 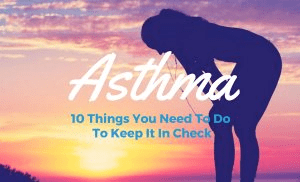