Note: This document contains side effect information about elagolix. Some of the dosage forms listed on this page may not apply to the brand name Orilissa.

Along with its needed effects, elagolix (the active ingredient contained in Orilissa) may cause some unwanted effects. Although not all of these side effects may occur, if they do occur they may need medical attention.

Check with your doctor immediately if any of the following side effects occur while taking elagolix:

Some side effects of elagolix may occur that usually do not need medical attention. These side effects may go away during treatment as your body adjusts to the medicine. Also, your health care professional may be able to tell you about ways to prevent or reduce some of these side effects.

During clinical trials, a 44-year old woman completed suicide 2 days after finishing a course of 150 mg once a day for 31 days. She was reported to have no relevant past medical history; life stressors were noted. Of the 2090 patients exposed to this drug, there were 4 reports of suicidal ideation, 3 had a history of depression.

Dose-dependent reduction in mean number of bleeding and spotting days and bleeding intensity was reported in electronic diaries. Amenorrhea was reported in 6% to 17% of patients receiving 150 mg/day and 13% to 52% of those receiving 200 mg twice a day during the first 6 months of therapy. During the second 6 months the incidence of amenorrhea was 11% to 15% and 46% to 57%, respectively. Six months after stopping therapy (150 mg/day), menses resumed in 59%, 87%, and 95% of women within 1, 2, and 6 months, respectively. After stopping therapy following 6 months at 200 mg twice a day, resumption of menses was reported in 60%, 88%, and 97% of women within 1, 2, and 6 months, respectively.

Frequency not reported: Reduction in mean number of bleeding and spotting days and bleeding intensity

Common (1% to 10%): Non-serious reactions including rash 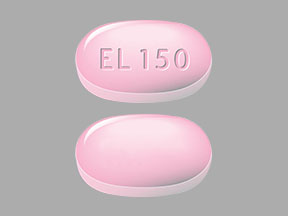