Note: This document contains side effect information about bupropion. Some of the dosage forms listed on this page may not apply to the brand name Wellbutrin XL.

Along with its needed effects, bupropion (the active ingredient contained in Wellbutrin XL) may cause some unwanted effects. Although not all of these side effects may occur, if they do occur they may need medical attention.

Check with your doctor immediately if any of the following side effects occur while taking bupropion:

Get emergency help immediately if any of the following symptoms of overdose occur while taking bupropion:

Some side effects of bupropion may occur that usually do not need medical attention. These side effects may go away during treatment as your body adjusts to the medicine. Also, your health care professional may be able to tell you about ways to prevent or reduce some of these side effects.

Adverse events leading to treatment discontinuation with Zyban (R) included tremors, and rashes. The most commonly observed adverse reactions were dry mouth and insomnia. Smoking cessation is often associated with nicotine withdrawal symptoms, some of which are also recognized as adverse events associated with bupropion (the active ingredient contained in Wellbutrin XL) [Ref]

The Australian Adverse Drug Reaction Advisory Committee reported that 268 of the 780 reports it received in association with bupropion (the active ingredient contained in Wellbutrin XL) through mid-May 2001 involved nervous system disorders.

The Australian Adverse Drug Reaction Advisory Committee reported that 307 of the 780 reports it received in association with bupropion (the active ingredient contained in Wellbutrin XL) through mid- May 2001 involved skin reactions. Urticaria was the most commonly reported event (167 cases). Other rashes (86 cases) were also reported.[Ref]

In clinical practice, hypertension, in some cases severe, requiring acute treatment, has been reported in patients receiving bupropion (the active ingredient contained in Wellbutrin XL) alone and in combination with nicotine replacement therapy. These events have been observed in both patients with and without evidence of preexisting hypertension. 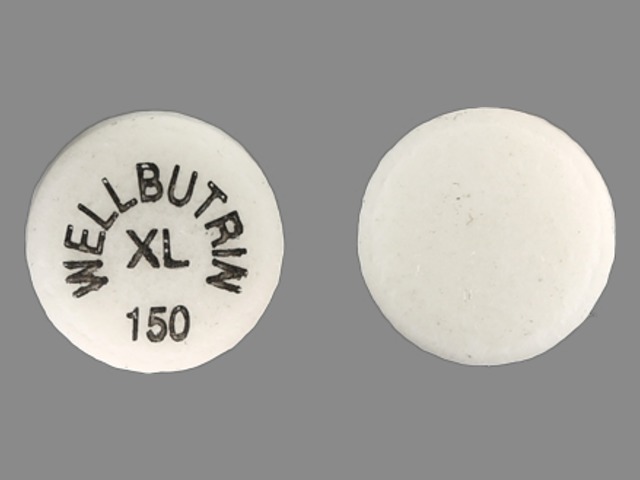