Note: This document contains side effect information about cisapride. Some of the dosage forms listed on this page may not apply to the brand name Propulsid.

Generally cisapride (the active ingredient contained in Propulsid) is well tolerated. Many of the side effects reported in clinical trials occurred with similar frequency in the placebo groups.[Ref]

Gastrointestinal side effects have been reported the most frequently. These have included diarrhea or loose stools (14.2%), abdominal cramping (10.2%), nausea (7.6%), flatulence (3.5%), borborygmi (rumbling bowel sounds), and dry mouth.[Ref]

Gastrointestinal side effects are often due the pharmacologic actions of cisapride. These effects appear to be dose-related, as 20 mg doses are associated with an increased incidence of diarrhea, abdominal pain, and flatulence compared to 10 mg doses.

In a study of 1500 patients, approximately 2.5% discontinued cisapride therapy, usually due to abdominal pain and intolerable diarrhea.[Ref]

Nervous system side effects have included headache (19.3%), dizziness, somnolence, and fatigue. In addition, seizures and extrapyramidal symptoms have been reported rarely.[Ref]

While cisapride lacks antidopaminergic properties, extrapyramidal effects have been reported to the manufacturer. However, the incidence of cisapride-induced movement disorders would be expected to be significantly less than with metoclopramide, an antidopaminergic, gastrokinetic agent.

In addition, somnolence and fatigue are reported with lesser frequency during cisapride therapy (1.6%) than with metoclopramide (15.2%).

Worsening of tremor has been reported in two patients with parkinsonism who were treated with cisapride.[Ref]

Cardiovascular effects have reported rarely. These have included palpitations, tachycardia, and edema. Rare but potentially serious cardiac arrhythmias, including ventricular arrhythmias and torsades de pointes have also been reported.[Ref]

Hepatic side effects have included elevations in liver function test results, and hepatitis.[Ref]

Urinary symptoms usually begin within 48 hours of starting treatment with cisapride. Urinary frequency and incontinence generally resolve completely upon withdrawal of therapy and may recur during rechallenge with the drug.[Ref]

Respiratory side effects have included bronchospasm and wheezing in asthma patients. Rechallenge with cisapride (the active ingredient contained in Propulsid) led to reoccurrence of bronchospasm in one patient.[Ref]

Hypersensitivity side effects have included allergic reactions, including bronchospasm, urticaria, and angioedema.[Ref]

Endocrine side effects have been rarely reported. These have included gynecomastia in males, female breast enlargement, hyperprolactinemia, and galactorrhea.[Ref]

1. McCallum RW, Prakash C, Campoli-Richards DM, Goa KL "Cisapride. A preliminary review of its pharmacodynamic and pharmacokinetic properties, and therapeutic use as a prokinetic agent in gastrointestinal motility disorders." Drugs 36 (1988): 652-81

2. Wiseman LR, Faulds D "Cisapride - an updated review of its pharmacology and therapeutic efficacy as a prokinetic agent in gastrointestinal motility disorders." Drugs 47 (1994): 116-52 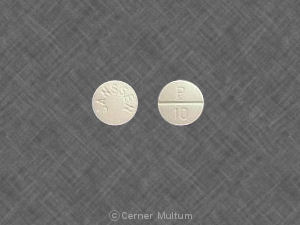