Note: This document contains side effect information about chlorothiazide / reserpine. Some of the dosage forms listed on this page may not apply to the brand name Diupres-500.

Respiratory side effects related to reserpine have been reported. Nasal congestion has been reported in 8% of patients. Rare cases of bronchospasm have also been associated with reserpine.[Ref]

Hyperuricemia may be an important consideration in patients with a history of gout. Hypophosphatemia and low serum magnesium concentrations may occur, but are usually clinically insignificant except in malnourished patients.

Metabolic changes associated with chlorothiazide, as with other thiazide diuretics, are relatively common, especially when daily doses greater than 500 mg are used. Mild hypokalemia (decrease of 0.5 mEq/L) occurs in up to 50%, and may predispose patients to cardiac arrhythmias. Metabolic alkalosis, hyponatremia, hypomagnesemia, hypophosphatemia, hypercalcemia, hyperglycemia, hypercholesterolemia and hyperuricemia are also relatively common. The electrolyte and intravascular fluid shifts that may occur during chlorothiazide diuresis can provoke hepatic encephalopathy in patients with hepatic cirrhosis.[Ref]

Nervous system side effects include sedation, lethargy (different from the psychiatric syndrome of depression), drowsiness, weakness, vertigo, insomnia, or headache in approximately 1% to 5% of patients who are taking reserpine. While reserpine is used to treat tardive dyskinesia, extrapyramidal movements may worsen upon withdrawal of therapy. A case of CNS hypertension, believed to be due to cerebral edema, has been associated with reserpine, and rare cases of cerebrovascular insufficiency have been associated with some thiazide diuretics.[Ref]

Cardiovascular side effects include hypotension in 8% and bradycardia (and rare cases of syncope with bradycardia) in 3% of patients treated with reserpine. Hypotension may be more likely due to the added risk of chlorothiazide-induced intravascular volume depletion. A rare case of paroxysmal atrial tachycardia with block associated with reserpine in a patient who was not taking a digitalis preparation has been reported.[Ref]

A woman with paroxysmal atrial tachycardia developed sinus pauses during reserpine therapy which were reproducible by carotid massage, except when isoproterenol was given. Reserpine is known to increase vagal tone and to deplete cardiac catecholamines.

Thiazides may induce allergic reactions in patients who are allergic to sulfonamides.[Ref]

Gastrointestinal side effects due to unopposed parasympathetic activity produced by catecholamine depletion may lead to increased gastrointestinal motility and secretory activity. Because of this, new diarrhea or worsening of existing diarrhea or increased salivation have been reported in 2% of patients. Diarrhea, vomiting, constipation, or abdominal pain occur in approximately 5% of patients who are taking chlorothiazide. Thiazide diuretics have been associated with acute cholecystitis and rare cases of pancreatitis.[Ref]

According to a retrospective case-controlled drug surveillance study, the relative risk of acute cholecystitis associated with the use of a thiazide diuretic is 2.0. The suspected explanation for this association is the potentially deleterious effect thiazides have on the serum lipid profile. Chlorothiazide-induced hypercholesterolemia or hypertriglyceridemia may enhance the formation of some types of gallstones.[Ref]

Genitourinary complaints are limited to impotence in approximately 5% of male patients.[Ref]

Endocrinologic abnormalities due to reserpine-induced hyperprolactinemia include gynecomastia in men and pseudolactation and breast engorgement in women. Changes associated with chlorothiazide, as with other thiazide diuretic agents, include decreased glucose tolerance and a potentially deleterious effect on the lipid profile. This may be important in some patients with or who are at risk for diabetes or coronary artery disease.[Ref]

Renal side effects including new or worsened renal insufficiency is probably a sign of intravascular volume depletion, and serves as a signal to reduce or withhold therapy. Rare cases of allergic interstitial nephritis have been associated with chlorothiazide.[Ref]

Hematologic side effects are rare. Rare cases of immune-complex hemolytic anemia, aplastic anemia, and thrombocytopenia have been associated with thiazide diuretics.[Ref]

Immunologic side effects are rare. A single case of angioimmunoblastic lymphadenopathy has been associated with reserpine. In a study of 231 patients, only 1 case of a lupus-like syndrome was observed (the patient had previously received hydralazine).[Ref]

Musculoskeletal cramping or spasms have occasionally been reported during chlorothiazide diuresis.[Ref]

Oncology concerns were raised after a large drug surveillance center in Boston reported an association between reserpine, a stimulator of prolactin, and breast cancer in 1974. These findings were partially, but not completely, confirmed in two similar centers in Europe. A critical review of these studies elucidated several design flaws. Subsequent, controlled studies have failed to show an association between reserpine and an increased incidence of breast carcinoma.[Ref] 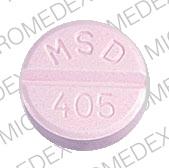