Medically reviewed by Philip Thornton, DipPharm. Last updated on May 2, 2022.

Note: This document contains side effect information about ticagrelor. Some of the dosage forms listed on this page may not apply to the brand name Brilinta.

Common side effects of Brilinta include: dyspnea. See below for a comprehensive list of adverse effects.

Ticagrelor can cause significant, sometimes fatal, bleeding. Do not use in patients with active pathological bleeding or history of intracranial hemorrhage. Do not start in patients undergoing urgent CABG. If possible, manage bleeding without discontinuing ticagrelor. Stopping ticagrelor increases the risk of subsequent cardiovascular events. Maintenance doses of aspirin above 100 mg in patients with acute coronary syndrome reduce the effectiveness of ticagrelor and should be avoided.

Along with its needed effects, ticagrelor (the active ingredient contained in Brilinta) may cause some unwanted effects. Although not all of these side effects may occur, if they do occur they may need medical attention.

Check with your doctor immediately if any of the following side effects occur while taking ticagrelor:

Some side effects of ticagrelor may occur that usually do not need medical attention. These side effects may go away during treatment as your body adjusts to the medicine. Also, your health care professional may be able to tell you about ways to prevent or reduce some of these side effects.

The most commonly reported side effects were bleeding and dyspnea.[Ref]

In the PLATO study, when antiplatelet therapy was stopped 5 days prior to CABG, major bleeding occurred in 75% and 79% of patients receiving ticagrelor or clopidogrel, respectively.[Ref]

During the PLATO study, (PLATelet Inhibition and Patient Outcomes, n= 18,624), dyspnea was reported in 13.8% of ticagrelor-treated patients, it was usually mild to moderate in intensity and often resolved during continued treatment, however, drug discontinuation was required in 0.9% of patients. In the PEGASUS study (n=21,162), 4.3% of patients taking ticagrelor (the active ingredient contained in Brilinta) 60 mg orally twice a day discontinued treatment due to dyspnea compared to 0.7% receiving aspirin alone. In a substudy of PLATO, 199 subjects underwent pulmonary function testing irrespective of whether they reported dyspnea. There was no indication of an adverse effect on pulmonary function assessed after one month or after at least 6 months of chronic treatment. During the THEMIS study (n=19,220), dyspnea was reported in 21% of ticagrelor-treated patients which led to drug discontinuation in 6.9% of patients.[Ref]

In a Holter substudy of approximately 3000 patients from the PLATelet Inhibition and Patient Outcomes study, (PLATO, n= 18,624), more patients had ventricular pauses 3 seconds or longer with ticagrelor (the active ingredient contained in Brilinta) (6%) than with clopidogrel (3.5%) in the acute phase and 2.2% and 1.6% respectively after 1 month. Patients that were at an increased risk for bradycardic events were excluded from these studies. Patients with congestive heart failure (CHF) who were taking ticagrelor experienced ventricular pauses at a higher rate (9.2%) than those without CHF (5.4).[Ref]

During the PLATO study, (PLATelet Inhibition and Patient Outcomes, n= 18,624), serum creatinine levels increased by more than 50% in 7.4% of patients receiving ticagrelor 90 mg orally. Levels did not continue to increase with ongoing treatment and often decreased with continued therapy. Reversibility occurred upon discontinuation even in those patients with the greatest increase in levels during treatment. Treatment groups did not differ for renal related serious adverse events (e.g. acute renal failure, chronic renal failure, toxic nephropathy, or oliguria).[Ref] 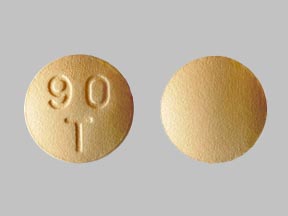