Note: This document contains side effect information about rosiglitazone. Some dosage forms listed on this page may not apply to the brand name Avandia.

Common side effects of Avandia include: headache. Other side effects include: edema and nausea. Continue reading for a comprehensive list of adverse effects.

Overall data from long-term rosiglitazone (the active ingredient contained in Avandia) trials including the RECORD, ADOPT, and DREAM trials (rosiglitazone n=6311; control n=7756) showed no difference in overall mortality or major adverse cardiovascular events; however, a meta-analysis of shorter-term trials suggests and increased risk for myocardial infarction with rosiglitazone compared with placebo.

The RECORD trial (Rosiglitazone evaluated for Cardiac Outcomes and Regulation of Glycemia in Diabetes) revealed no significant difference in cardiovascular hospitalization or cardiovascular death (primary outcome) among patients with type 2 diabetes receiving rosiglitazone add-on therapy (n=2220) compared with active control (n=2227); however, there was a significant difference in the incidence of CHF (secondary endpoint). Patients randomized were those who had failed metformin or sulfonylurea monotherapy; mean age: 58 years; 52% male. Following randomization to add-on rosiglitazone or active control (add-on metformin for those inadequately controlled on sulfonylurea or add-on sulfonylurea for those inadequately controlled on metformin) patients were treated to a target glycosylated hemoglobin (HbA1c) of 7% or less. Heart failure was reported in 61 patients receiving add-on rosiglitazone and 29 patients receiving active control.

Cardiovascular Events in Patients with NYHA Class I and II Heart Failure:

Anemia was reported in 1.9% of patients receiving rosiglitazone (the active ingredient contained in Avandia) as monotherapy. In combination therapy with metformin, a sulfonylurea, or metformin plus a sulfonylurea, the incidence of anemia was 7.1%, 2.3%, and 6.7%, respectively. Laboratory findings have shown dose-related decreases in hemoglobin and hematocrit; mean decreases in hemoglobin were 1 g/dL and up to 3.3% in hematocrit. These changes primarily occurred during the first 3 months or following a dose increase. They may be related to increased plasma volume.[Ref]

Frequency not reported: Increases in waist and hip circumference[Ref]

The mechanism of weight gain is unclear, although it probably is due to a combination of fluid retention and fat accumulation. In the ADOPT monotherapy trial, median weight change at 4 years was plus 3.5 kg.[Ref]

Long-term clinical trials have shown an increased incidence of bone fracture in patients receiving drug compared with glyburide or metformin. This increased incidence appeared after the first year and persisted during the trials. The majority of fractures were observed in women and occurred in the upper arm, hand, and foot.[Ref] 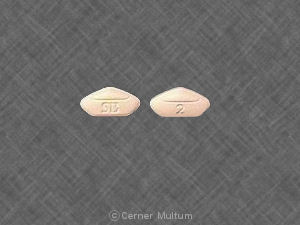