Note: This document contains side effect information about aliskiren / hydrochlorothiazide. Some of the dosage forms listed on this page may not apply to the brand name Tekturna HCT.

When pregnancy is detected, discontinue aliskiren / hydrochlorothiazide as soon as possible, since drugs that act directly on the renin-angiotensin system can cause injury and death to the developing fetus.

Along with its needed effects, aliskiren / hydrochlorothiazide may cause some unwanted effects. Although not all of these side effects may occur, if they do occur they may need medical attention.

Check with your doctor immediately if any of the following side effects occur while taking aliskiren / hydrochlorothiazide:

Get emergency help immediately if any of the following symptoms of overdose occur while taking aliskiren / hydrochlorothiazide:

Some side effects of aliskiren / hydrochlorothiazide may occur that usually do not need medical attention. These side effects may go away during treatment as your body adjusts to the medicine. Also, your health care professional may be able to tell you about ways to prevent or reduce some of these side effects.

Frequency not reported: Angioedema (face, hands, and body) with or without respiratory symptoms

Very common (10% or more): Mild hypokalemia (decrease of 0.5 mEq/L) occurs in up to 50% of patients, and may predispose patients to cardiac arrhythmias

In women and the elderly (65 years of age or older) receiving aliskiren therapy, increases in diarrhea rates were evident starting at a dose of 150 mg daily. Diarrhea and other GI symptoms were typically mild and rarely led to discontinuation.[Ref]

Common (1% to 10%): Diarrhea, abdominal pain, dyspepsia, gastroesophageal reflux (these side effects appear to be dose related)

Episodes of tonic-clonic seizures were reported in two patients treated with aliskiren in the clinical trials. One patient had predisposing causes for seizures and a negative electroencephalogram (EEG) and cerebral imaging following the seizures (the other patient's EEG and imaging results were not reported). Aliskiren was discontinued and there was no rechallenge.[Ref]

Frequency not reported: Acute noncardiogenic pulmonary edema (these cases are thought to be due to idiosyncrasy or a hypersensitivity mechanism)[Ref]

Common (1% to 10%): Rash that is histologically identical to subacute cutaneous lupus 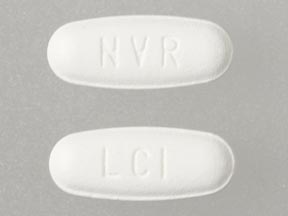