Pseudoephedrine is used for self-medication for temporary relief of nasal congestion associated with upper respiratory allergy (e.g., hay fever) or the common cold.

Pseudoephedrine is used for self-medication for temporary relief of sinus congestion and pressure.

Pseudoephedrine may be used as an adjunct to analgesics, antihistamines, antitussives, expectorants, or antibiotics when indicated.

Pseudoephedrine is labeled and has been used for self-medication for temporary relief of nasal congestion associated with sinusitis; however, efficacy data are lacking and/or controversial. In October 2005, FDA issued final rule to remove this indication from labeling of OTC nasal decongestants. Compliance date for preparations with annual sales <$25,000 was October 11, 2007; compliance date for all other preparations was April 11, 2007.

Pseudoephedrine is ineffective as a bronchodilator.

Combination of pseudoephedrine and caffeine not generally recognized as safe and effective for OTC use.

In pediatric patients <2 years of age, OTC cough and cold preparations (i.e., containing nasal decongestants, antihistamines, cough suppressants, and expectorants) were not more effective than placebo in reducing acute cough and other symptoms of upper respiratory tract infection and reportedly are associated with adverse events and sometimes death (albeit rarely). (See Pediatric Use under Cautions.) Therefore, CDC states that, as an alternative to pseudoephedrine and other nasal decongestants, caregivers may consider using a rubber suction bulb to clear nasal congestion and using saline nasal drops or a cool-mist humidifier to soften secretions in infants.

Otitic Barotrauma† and Other Otic Conditions†

Pseudoephedrine may be useful in opening obstructed eustachian ostia in patients with otic inflammation or infection.

Pseudoephedrine has been used in clandestine synthesis of methamphetamine and methcathinone.

The Combat Methamphetamine Epidemic Act (CMEA) of 2005 was signed into law in March 2006 to tighten control over sale and distribution of pseudoephedrine and ephedrine. CMEA created a new class of products called “scheduled listed chemical products”, which are defined in the law as products containing pseudoephedrine, ephedrine, or phenylpropanolamine or any salt, optical isomer, or salt of an optical isomer salt of these drugs that are lawful nonprescription products in the US and set additional requirements for their sale. Effective September 30, 2006 under CMEA’s provisions, pharmacies and other retail distributors must store pseudoephedrine- and ephedrine-containing preparations behind the counter or in locked cabinets; purchasers must provide approved photographic identification and sign a written or electronic logbook for each purchase; pharmacies and other retail distributors must keep information about the purchasers (e.g., name, address, signature) and purchases (e.g., name of product, quantity sold, date and time of sale) for ≥2 years; and the amount that can be purchased is limited to ≤3.6 g per day or 9 g per month. For additional information about legal and regulatory requirements under CMEA, visit [Web].

Use of pseudoephedrine in some states may be subject to additional controls. Where such state laws are more stringent than the provisions of CMEA, state requirements also must be followed.

In response to federal and state restrictions, some manufacturers have voluntarily reformulated various existing pseudoephedrine-containing preparations, replacing the pseudoephedrine component with other decongestants such as phenylephrine.

Administer 240-mg extended-release tablets orally once daily. Swallow tablets whole with fluid; do not divide, crush, chew, or dissolve. Tablet does not completely dissolve and may be passed in the stool.

Single-entity preparation: Available as pseudoephedrine hydrochloride; dosage expressed in terms of the salt.

Because combinations and dosage strengths vary for fixed-combination preparations, consult manufacturer’s product labeling for appropriate dosage of the specific preparation.

Self-medication in children <2 years of age: Consult a pediatrician. Currently there are no FDA-approved dosage recommendations for cough and cold preparations for patients <2 years of age. (See Pediatric Use under Cautions.)

Self-medication in children 2–5 years of age: Pseudoephedrine hydrochloride 15 mg every 4–6 hours. Alternatively, some pediatricians recommend 4 mg/kg or 125 mg/m2 daily, given in 4 divided doses. (See Pediatric Use under Cautions.)

Self-medication in children 2–5 years of age: Maximum 60 mg of pseudoephedrine hydrochloride in any 24-hour period.

Self-medication in children 6–11 years of age: Maximum 120 mg of pseudoephedrine hydrochloride in any 24-hour period.

Allow at least 2 weeks to elapse between discontinuance of an MAO inhibitor and initiation of pseudoephedrine.

Patients with CHD, hypertension, hyperthyroidism, diabetes mellitus, or difficulty urinating due to prostatic hypertrophy should consult a clinician before initiating therapy with pseudoephedrine.

Discontinue therapy and consult a clinician if nervousness, dizziness, or insomnia develops during therapy.

Pseudoephedrine has been used in clandestine synthesis of methamphetamine and methcathinone.

Potential for misuse and abuse. (See Misuse and Abuse under Uses.)

Distributed into milk. Usually compatible with breast-feeding; however, use with caution.

Safety and efficacy of extended-release preparations containing 120 or 240 mg of pseudoephedrine hydrochloride not established in children <12 years of age.

Risk of overdosage and toxicity (including death) in children <2 years of age receiving OTC preparations containing antihistamines, cough suppressants, expectorants, and nasal decongestants alone or in combination for relief of symptoms of upper respiratory tract infection. CDC reported that cough and cold preparations containing pseudoephedrine and other drugs were found to be the underlying cause of death in 3 infants ≤6 months of age. Limited evidence of efficacy for these preparations in this age group; appropriate dosages not established. Therefore, FDA recommends not to use such preparations in children <2 years of age; safety and efficacy in older children under evaluation. Because children 2–3 years of age also are at increased risk of overdosage and toxicity, some manufacturers of oral nonprescription cough and cold preparations agreed to voluntarily revise the product labeling to state that such preparations should not be used in children <4 years of age. FDA recommends that parents and caregivers adhere to dosage instructions and warnings on the product labeling that accompanies the preparation and consult a clinician about any concerns. Clinicians should ask caregivers about use of OTC cough/cold preparations to avoid overdosage.

Geriatric patients may be especially sensitive to the effects of sympathomimetic amines. Overdosage in patients >60 years of age may cause hallucinations, CNS depression, seizures, and death. Do not administer extended-release pseudoephedrine preparations in these patients until safety has been established with short-acting preparations.

Potential pharmacologic interaction (additive effects and increased toxicity). Use with extreme caution, if at all.

Presumed to cross the placenta and to enter CSF.

About 0.5% of an oral dose is distributed into milk over 24 hours.

Incompletely metabolized in the liver to an inactive metabolite.

Excreted in urine; 55–96% of a dose is eliminated as unchanged drug.

Extended-release tablets: 15–25°C in a dry place. Protect from light. 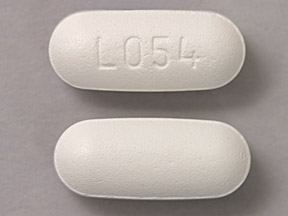