Tricyclic antidepressant (TCA); pharmacologic profile resembles that of other TCAs, SSRIs, and trazodone.

Among the drugs of choice for the management of OCD.

Reduces but does not completely eliminate obsessions and compulsions.

Has been used effectively for the management of panic disorder† [off-label] with or without agoraphobia† [off-label].

Has been used effectively for the management of major depressive disorder† [off-label].

Despite comparable efficacy, the adverse effect profile (e.g., anticholinergic effects) of clomipramine may limit its usefulness relative to other antidepressants (e.g., TCAs, SSRIs).

Has been used for the symptomatic management of cataplexy† [off-label] in a limited number of patients with cataplexy† and associated narcolepsy†.

Has been used for the management of trichotillomania† (an urge to pull out one’s hair) in a limited number of patients with the disorder; relapse reported in some patients receiving long-term therapy.

Has been used for the management of severe onychophagia† (nail biting) without a history of OCD.

Associated with relatively high dropout rate because of adverse effects and drug intolerance; not considered first-line therapy in most patients with onychophagia.

Has been used for the management of anorexia nervosa† in a limited number of patients with the disorder.

Avoid use in underweight individuals and in those exhibiting suicidal ideation.

Has been used for the management of premature ejaculation†.

Has been used for the management of premenstrual syndrome†.

Administer orally; initially, in divided doses with meals to lessen adverse GI effects. After initial dosage titration, the total daily dose may be given once daily at bedtime to minimize adverse effects (e.g., sedation) during waking hours and enhance patient compliance.

Also has been administered IM† or IV†, but a parenteral dosage form is not commercially available in the US.

Available as clomipramine hydrochloride; dosage is expressed in terms of the salt.

Allow 2–3 weeks to elapse between any further dosage adjustments after the initial dosage titration period for achievement of steady-state plasma concentrations.

Optimum duration not established; some clinicians recommend that therapy be continued in responding patients at the minimally effective dosage for at least 18 months before attempting to discontinue.

Initially, 25 mg daily. Gradually increase dosage, as tolerated, during the first 2 weeks of therapy to approximately 100 mg daily. If necessary, dosages may be increased gradually during the next several weeks up to a maximum of 250 mg daily.

Optimum duration not established; some clinicians recommend that therapy be continued in responding patients at the minimally effective dosage for at least 18 months before attempting to discontinue.

Manufacturer makes no specific recommendation for dosage adjustment but lower clomipramine hydrochloride dosages are recommended by some clinicians at least during initial therapy.

Select dosage with caution because of age-related decreases in hepatic, renal, and/or cardiac function and potential for concomitant disease and drug therapy.

Risk of seizure; use with caution in patients with a history of seizures or other predisposing factors (e.g., brain damage of various etiology, alcoholism, concurrent use of other drugs that lower the seizure threshold).

Risk may be dose related. (See Prescribing Limits under Dosage and Administration.)

Possible worsening of depression and/or emergence of suicidal ideation and behavior (suicidality) or unusual changes in behavior in both adult and pediatric patients, whether or not they are taking antidepressants; may persist until clinically important remission occurs. However, suicide is a known risk of depression and certain other psychiatric disorders, and these disorders themselves are the strongest predictors of suicide.

Appropriately monitor and closely observe patients receiving clomipramine for any reason, particularly during initiation of therapy (i.e., the first few months) and during periods of dosage adjustments. (See Boxed Warning and also see Pediatric Use under Cautions.)

Anxiety, agitation, panic attacks, insomnia, irritability, hostility, aggressiveness, impulsivity, akathisia, hypomania, and/or mania may be precursors to emerging suicidality. Consider changing or discontinuing therapy in patients whose depression is persistently worse or in those with emerging suicidality or symptoms that might be precursors to worsening depression or suicidality, particularly if severe, abrupt in onset, or not part of patient’s presenting symptoms. (See General under Dosage and Administration and also see Withdrawal Reactions under Cautions.)

May unmask bipolar disorder. (See Activation of Mania or Hypomania under Cautions.) Clomipramine is not approved for use in treating bipolar depression.

May precipitate an acute psychotic episode in patients with unrecognized schizophrenia.

Risk of activation of mania or hypomania in patients with affective disorder. (See Bipolar Disorder under Cautions.)

Use with caution in patients for whom excess anticholinergic activity could be harmful (e.g., history of urinary retention, increased intraocular pressure, angle-closure glaucoma).

Discontinue therapy for as long as is clinically feasible prior to surgery and advise the anesthetist of such action.

Use with caution in hyperthyroid patients or patients receiving thyroid agents because of the possibility of cardiac toxicity.

Use with caution in patients with tumors of the adrenal medulla, in whom hypertensive crises may be provoked.

Safety and efficacy for OCD not established in children <10 years of age.

Potential risks associated with long-term use (e.g., effects on growth, development, or maturation) not systematically evaluated in children and adolescents.

Adverse effects in children and adolescents >10 years of age generally similar to those in adults.

FDA warns that a greater risk of suicidal thinking or behavior (suicidality) occurred during first few months of antidepressant treatment (4%) compared with placebo (2%) in children and adolescents with major depressive disorder, OCD, or other psychiatric disorders based on pooled analyses of 24 short-term placebo-controlled trials of 9 antidepressant drugs (SSRIs and others). However, a more recent meta-analysis of 27 placebo-controlled trials of 9 antidepressants (SSRIs and others) in patients <19 years of age with major depressive disorder, OCD, or non-OCD anxiety disorders suggests that the benefits of antidepressant therapy in treating these conditions may outweigh the risks of suicidal behavior or suicidal ideation. No suicides occurred in these pediatric trials.

Carefully consider these findings when assessing potential benefits and risks of clomipramine in a child or adolescent for any clinical use. (See Worsening of Depression and Suicidality Risk under Cautions.)

Use with caution in patients with clinically important renal impairment.

Use caution with concurrent administration of clomipramine and drugs (e.g., other antidepressants, antipsychotic agents) that lower the seizure threshold.

Potential for clomipramine to displace or to be displaced by other protein-bound drugs. Observe patients for adverse effects.

Oral bioavailability is about 50% because of extensive first-pass metabolism.

Therapeutic response in OCD generally occurs within 2–6 weeks, with maximal effects after 3–4 months.

Food does not appear to substantially affect bioavailability from capsules.

In geriatric patients, plasma concentrations of clomipramine and its major active metabolite (desmethylclomipramine) are substantially higher than those in younger adults (18–40 years of age).

In children <15 years of age, plasma concentration-dose ratios of clomipramine are substantially lower than those of adults.

Clomipramine and desmethylclomipramine widely distributed in body tissues, with moderate to high concentrations occurring in organs such as the lungs, adrenals, kidneys, heart, and brain.

Crosses the blood-brain barrier; desmethylclomipramine concentration in CSF is about 2.6 times higher than in plasma.

Crosses the placenta and distributes into milk.

Approximately 97–98%, principally to albumin and possibly to α1-acid glycoprotein (α1-AGP).

Clomipramine and metabolites excreted in urine and in feces (via biliary elimination).

Effects of renal and hepatic impairment on the disposition of clomipramine have not been fully elucidated.

Hemodialysis, peritoneal dialysis, forced diuresis, and/or exchange transfusion are unlikely to remove clomipramine and desmethylclomipramine substantially because of the drug’s rapid distribution into body tissues. 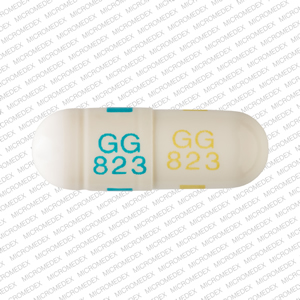