There are 8 disease interactions with divalproex sodium.

Antiepileptic drugs can increase depression and suicidal thoughts or behaviors in patients receiving these drugs for any indication. Patients should be monitored for the emergence or worsening of depression, suicidal thoughts and unusual changes in mood or behavior. Caregivers and family should be alert for the emergence or worsening of symptoms. Behaviors of concern should be reported immediately to the healthcare providers.

The use of valproate derivatives is contraindicated in patients with hepatic disease or significant hepatic dysfunction. Serious and potentially fatal hepatotoxicity has been reported in patients treated with these agents. The risk appears to be greatest in children less than 2 years of age--particularly those on multiple anticonvulsants and those with congenital metabolic disorders, severe seizure disorders accompanied by intellectual disability, or organic brain disease--and decreases considerably in progressively older patient groups. Therapy with valproate products should be administered with extreme caution and as a sole agent in patients with risk factors for valproate-related hepatotoxicity. In reported cases, the onset has generally been within the first 6 months of treatment and may be preceded by nonspecific symptoms such as malaise, weakness, lethargy, facial edema, anorexia, nausea, vomiting, and a loss of seizure control. Patients should be monitored closely for appearance of these symptoms, and therapy withdrawn immediately if significant hepatic dysfunction occurs. Liver function tests should be performed prior to initiating therapy and at frequent intervals thereafter, especially during the first 6 months. However, clinicians should bear in mind that transient, dose-related, asymptomatic elevations in serum transaminase, amylase and ammonia levels may commonly occur and often return to normal with or without dosage adjustment.

Valproic acid and derivative products are contraindicated in patients with known urea cycle disorders (UCD), as hyperammonemic encephalopathy, sometimes fatal, has been reported on these patients following the initiation of treatment. Prior to the initiation of therapy, the evaluation for UCD should be considered in patients with history of unexplained encephalopathy or comma, encephalopathy associated with a protein load, pregnancy- related or postpartum encephalopathy, unexplained intellectual disability, or history of elevated plasma ammonia or glutamine. Also, those with family history of UCD or family history of unexplained infant deaths. Patients who develop symptoms of hyperammonemic encephalopathy while receiving valproate therapy should receive prompt treatment including treatment discontinuation and be evaluated for underlying urea cycle disorders.

Some in vitro studies suggest that valproate stimulates the replication of the HIV and CMV viruses under certain experimental conditions. The clinical consequences are unknown, and the relevance of these findings is uncertain for patients receiving maximally suppressive antiretroviral therapy. However, this should be borne in mind when interpreting the results from regular monitoring of the viral load in HIV infected patients receiving valproate or when following CMV infected patients clinically.

The use of valproate derivatives may be associated with dose-related thrombocytopenia, the incidence of which is generally low but has been reported at up to 27% in one study using high dosages (approximately 50 mg/kg/day of valproic acid). In that study, platelet counts returned to normal in all patients, some despite continued treatment. Valproate may also inhibit the secondary phase of platelet aggregation, although this effect is unlikely to be of clinical significance except during the concomitant use of other drugs that affect coagulation. However, altered bleeding time, ecchymosis, petechiae, bruising, hematoma formation, epistaxis, and frank hemorrhage have been reported rarely. Hypofibrinogenemia has also been observed. Therapy with valproate products, particularly at high dosages, should be administered cautiously in patients with significant active bleeding or a hemorrhagic diathesis, including hemostatic and/or coagulation defects associated with hemophilia, vitamin K deficiency, hypoprothrombinemia, thrombocytopenia, thrombocytopathy, or severe hepatic impairment. The manufacturers recommend platelet counts and coagulation tests prior to initiating therapy and at periodic intervals thereafter, as well as before planned surgery. The dosage should be reduced or the drug withdrawn if clinical evidence of hemorrhage, bruising, or a disorder of hemostasis or coagulation occurs.

The manufacturers state that there have been reports of altered thyroid function tests associated with the use of valproate. However, no specific information is given. Clinicians should be cognizant of this potential effect when prescribing or administering valproate products to patients with thyroid disease.

Valproate is partially eliminated in the urine as a ketone-containing metabolite, which may lead to a false interpretation of the urine ketone test. Clinicians should be cognizant of this interaction when prescribing or administering valproate products to patients with diabetes.

There are 377 drug interactions with divalproex sodium.

There is 1 alcohol/food interaction with divalproex sodium. 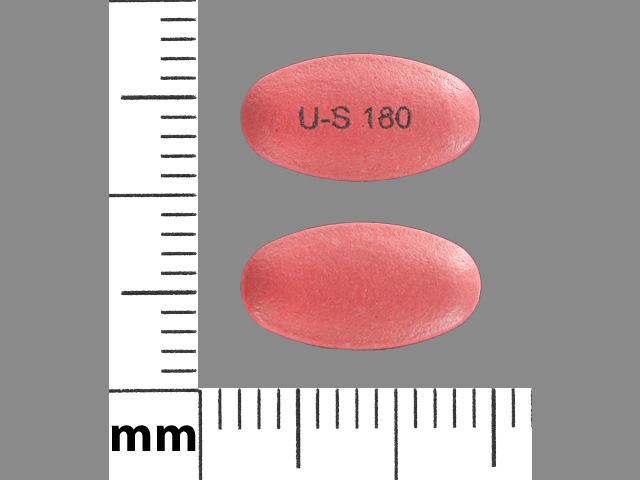