Commonly reported side effects of methyldopa include: positive direct coombs test. See below for a comprehensive list of adverse effects.

Along with its needed effects, methyldopa may cause some unwanted effects. Although not all of these side effects may occur, if they do occur they may need medical attention.

Check with your doctor immediately if any of the following side effects occur while taking methyldopa:

Check with your doctor as soon as possible if any of the following side effects occur while taking methyldopa:

Some side effects of methyldopa may occur that usually do not need medical attention. These side effects may go away during treatment as your body adjusts to the medicine. Also, your health care professional may be able to tell you about ways to prevent or reduce some of these side effects.

Hepatic toxicity may be highly significant. Transient elevations of liver function tests are seen in 5% of patients, but symptomatic hepatitis, usually resembling viral hepatitis is uncommon. Usually beginning within the first four weeks of therapy, the syndrome typically presents as a fever, followed by icterus, weakness, nausea, and abdominal pain. It usually resolves within three weeks after drug withdrawal, but rare cases of chronic hepatitis and late onset hepatitis are reported. Serious hepatotoxicity is rare, occurring in approximately 0.1% of patients. Fatal cases of submassive hepatic necrosis, postnecrotic cirrhosis, and chronic hepatitis are reported. Granulomatous hepatitis is a rare manifestation of methyldopa hepatotoxicity. In patients who have liver cirrhosis or acute hepatitis, alternative therapy is recommended due to the risk of additional hepatotoxicity associated with methyldopa. If the patient's liver disease is less severe and methyldopa therapy is necessary, frequent monitoring of liver function tests, particularly in the first two to three months of therapy, is recommended.

The mechanism of methyldopa hepatotoxicity is believed to be delayed hypersensitivity, although some speculate an accumulation of metabolites which are directly hepatotoxic in late-onset cases.

A 78-year-old woman with hypertension and diabetes developed acute renal failure and a clinical picture of sepsis while taking methyldopa. Autopsy revealed disseminated nonnecrotizing granulomas throughout her liver, spleen, lung, lymph nodes, and bone marrow, as well as findings of myocarditis. There was no evidence of infection, including tuberculosis.

A 75-year-old man with hypertension developed severe cholestatic liver disease six years after beginning methyldopa 250 mg per day. There was no evidence of viral or obstructive disease.[Ref]

In one case of methyldopa-associated neutropenia, a methyldopa-dependent antibody against granulocytes was isolated.

A 75-year-old man with hypertension developed pure red blood cell aplasia within three months after starting methyldopa therapy. The Coombs test and immunoglobulin levels were normal; bone marrow biopsy revealed an absence of erythroid precursors. There was no evidence of hemolysis or infection. Erythroblastosis was observed within five days after drug withdrawal.

Hematologic side effects have included hemolytic anemia due to a methyldopa-provoked autoantibody with associated positive direct Coombs test in 10% to 20% of patients on chronic therapy. Cases of neutropenia, pure red blood cell aplasia, thrombocytopenia, positive LE cells, and rheumatoid factor are reported.[Ref]

A 58-year-old man with hypertension and coronary artery disease experienced asystole during carotid massage during methyldopa therapy, which resolved upon discontinuation of the drug. Asystole was reproducible on rechallenge.

Cardiovascular side effects have included hypotension in up to 10% and sinus and AV nodal conduction disturbances in 0.2% of patients. Cases of new AV nodal block, including Mobitz types I and II and complete AV heart block are associated with methyldopa. Methyldopa may cause carotid sinus hypersensitivity, which has resulted in syncope in some patients. Rare cases of myocarditis, often associated with hepatitis or pneumonitis, and paradoxical hypertension are reported.[Ref]

Immunologic side effects are rare, and have included the development of a positive antinuclear antibody (ANA) titer, a systemic lupus-like syndrome, retroperitoneal fibrosis, immunoblastic lymphadenopathy, hepatosplenomegaly, and lymphoma.[Ref]

A 55-year-old man with hypertension developed hemolytic anemia, arthritis, and photosensitivity associated with an ANA against class H1 histones 13 months after beginning methyldopa. The syndrome and laboratory abnormalities resolved after drug discontinuation and steroid therapy.[Ref]

Nervous system side effects have included dizziness in up to 19%, insomnia in less than 5%, general fatigue in 1% to 10%, and headache in 2% of patients. New choreoathetotic movements and exacerbations of Parkinsonian symptoms have been reported.[Ref]

Gastrointestinal side effects have included diarrhea or nausea in 1% to 5% of patients and rare case reports of pancreatitis and colitis. A case of "black tongue" has been reported.[Ref]

Two case reports of methyldopa-associated profound hypotension, fever, chills, and diarrhea associated with leukocytosis and negative blood cultures are reported in elderly patients. In each case rechallenges were positive.[Ref]

Hypersensitivity reactions including rare reports of vasculitis, rash, drug fever, and anaphylactoid-like reactions have been reported.[Ref]

Endocrine side effects, such as amenorrhea or galactorrhea, resulting from methyldopa-induced hyperprolactinemia have been reported. A case of inappropriate secretion of antidiuretic hormone is associated with methyldopa.[Ref]

An 81-year-old man with hypertension developed hyponatremia associated with a urine to a serum osmolality ratio of 1.5. A standard water test with and without methyldopa revealed less free water excretion with the drug than without. Interestingly, the patient's bone marrow revealed noncaseating granulomas; there was no evidence of thyroid, adrenal, pulmonary, cardiac, or CNS disease, or tuberculous infection. The patient's hyponatremia, abnormal liver function tests, and abnormal bone marrow findings normalized upon withdrawal of methyldopa.

Limited data show transient reductions in HDL lipoprotein cholesterol of approximately 10% in middle-aged men with hypertension. Over time, however, this reduction tended to revert to baseline values.[Ref]

A 62-year-old man developed mania within 4 weeks after switching from methyldopa to nifedipine antihypertensive therapy.

In one study of 41 elderly patients, ages 75 to 85, without pretreatment dementia, who were treated with methyldopa, decreased ability to perform object assembly tasks were noted, but depression was no more likely than with placebo.[Ref]

Psychiatric side effects have infrequently included depression in 2% of patients and case reports of paranoia and forgetfulness.[Ref]

Genitourinary complaints of impotence among male patients have rarely been reported, but may be underdiagnosed. Limited data suggest that methyldopa may precipitate in the urine in some patients, providing the nidus for calcium phosphate calculi.[Ref]

In one study of 258 men, 16% reported impotence. In one study of 27 males with hypertension, seven complained of decreased libido, inability to sustain erections, and difficulty in ejaculation.[Ref]

Respiratory side effects have included nasal congestion in less than 5% of patients. A rare case of bronchospasm has been reported in a chemist who manufactured methyldopa.[Ref]

A 27-year-old chemist who manufactured methyldopa developed nasal congestion, sneezing, and exertional wheezing, associated with a demonstrable fall in FEV1 by 30%. Her signs and symptoms resolved when the environmental exposure to methyldopa was removed. No antibodies to methyldopa were found.[Ref] 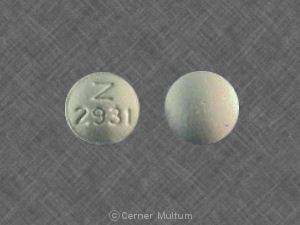