Note: This document contains side effect information about metformin / saxagliptin. Some of the dosage forms listed on this page may not apply to the brand name Kombiglyze XR.

More frequent side effects include: decreased vitamin b12 serum concentrate and hypoglycemia. See below for a comprehensive list of adverse effects.

Along with its needed effects, metformin/saxagliptin may cause some unwanted effects. Although not all of these side effects may occur, if they do occur they may need medical attention.

Check with your doctor immediately if any of the following side effects occur while taking metformin / saxagliptin:

Some side effects of metformin / saxagliptin may occur that usually do not need medical attention. These side effects may go away during treatment as your body adjusts to the medicine. Also, your health care professional may be able to tell you about ways to prevent or reduce some of these side effects.

Very common (10% or more): Hypoglycemia (in combination with insulin or sulfonylurea)

In metformin-treated patients, lactic acidosis has been reported in approximately 0.03 cases per 1000 patient-years with approximately half these cases resulting in fatalities. In more than 20,000 patient-years exposure in clinical trials, there were no cases of lactic acidosis. Reported cases have occurred primarily in patients with significant renal insufficiency, often in the setting of multiple concomitant medical/surgical problems and multiple concomitant medications.

In a 5-study pooled analysis including patients receiving saxagliptin 2.5 mg, saxagliptin 5 mg, and placebo, hypersensitivity-related events were reported in 1.5%, 1.5%, and 0.4%, respectively. None of the events required hospitalization or were reported as life-threatening. One saxagliptin-treated patient discontinued treatment due to generalized urticaria and facial edema. Postmarketing, there have been serious hypersensitivity reactions including anaphylaxis, angioedema, and exfoliative skin conditions reported.[Ref]

Common (1% to 10%): Hypersensitivity-related events such as urticaria and facial edema

Frequently during treatment initiation of metformin gastrointestinal effects have occurred and these appear to resolve spontaneously in most cases. A slow increase in dose and dividing doses and taking during or after meals may improve gastrointestinal tolerability. In metformin extended-release monotherapy trials, diarrhea and nausea/vomiting were reported in 9.6% and 6.5% of patients compared with 2.6% and 1.5% of placebo patients, respectively.

Acute pancreatitis has been reported during postmarketing use of saxagliptin. In the SAVOR (Saxagliptin Assessment of Vascular Outcomes Recorded in Patients with Diabetes Mellitus-Thrombolysis in Myocardial infarction) Trial, the incidence of adjudicated pancreatitis events in the intention to treat population was 0.3% in both the saxagliptin treated patients as well as those receiving placebo.[Ref]

Rare (less than 0.1%): Megaloblastic anemia due to reduced vitamin B12 absorption[Ref]

A dose-related mean decrease in absolute lymphocyte count was observed during clinical trials. The proportion of patients with lymphocyte counts of 750 cells/microL or less was 0.5%, 1.5%, 1.4%, and 0.4% in patients receiving saxagliptin 2.5 mg, 5 mg, 10 mg (not an approved dosage), and placebo, respectively. In most patients, recurrence was not observed with repeated exposure, although some discontinuations were associated with recurrent decrease upon rechallenge. During clinical trials, these decreases in lymphocyte count were not associated with clinically relevant adverse reactions, but whether these decreases may become a concern is unknown. When clinically indicated, such as in settings of unusual or prolonged infection, lymphocyte count should be measured. The effect of saxagliptin on lymphocyte counts in patients with lymphocyte abnormalities (e.g., HIV) is unknown.[Ref]

Common (1% to 10%): Hospitalization for heart failure, hypertension, peripheral edema (in combination with a thiazolidinedione)[Ref]

In the SAVOR (Saxagliptin Assessment of Vascular Outcomes Recorded in Patients with Diabetes Mellitus-Thrombolysis in Myocardial infarction) Trial, hospitalization for heart failure (secondary composite endpoint) occurred at a greater rate in the saxagliptin group (3.5%) compared with the placebo group (2.8%), however clinically relevant factors predictive of increased relative risk with saxagliptin could not be definitively identified. Known risk factors for heart failure such as baseline history of heart failure or impaired renal function did confer increased risk, irrespective of treatment assignment. The primary composite endpoints for all-cause mortality showed saxagliptin did not increase the cardiovascular (CV) risk(CV death, nonfatal myocardial infarction, or nonfatal ischemic stroke) in patients with type 2 diabetes mellitus compared to placebo when added to current background therapy.[Ref]

Among 4959 saxagliptin-treated patients in clinical trials, 6 cases of tuberculosis have been received; no reports of tuberculosis have been received among the 2868 comparator-treated patients. Causality has not been established and there are too few cases to date to determine any relation to saxagliptin use. None of the cases occurred in the U.S. or in Western Europe; 1 case occurred in Canada in a patient originally from Indonesia who had recently visited Indonesia.

One case of a potential opportunistic infection occurred in a saxagliptin-treated patient. Approximately 600 days after starting saxagliptin, this patient developed fatal salmonella sepsis.[Ref] 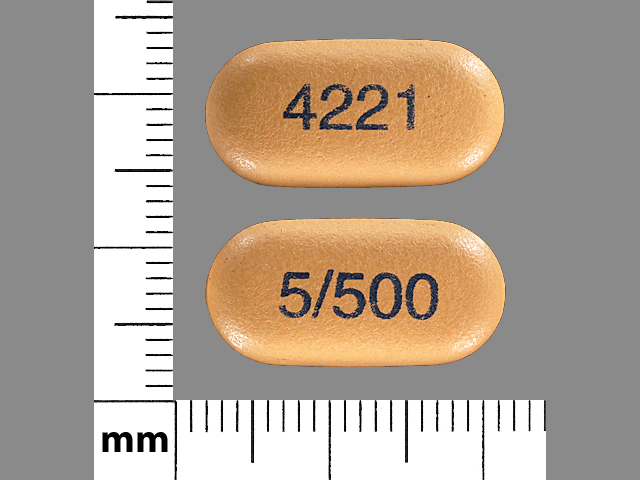