It is a white, or practically white, crystalline powder which is slightly soluble in water, but freely soluble in sodium hydroxide solution.

Hydrochlorothiazide Capsules, USP are supplied as 12.5 mg capsules for oral use.

Hydrochlorothiazide blocks the reabsorption of sodium and chloride ions, and it thereby increases the quantity of sodium traversing the distal tubule and the volume of water excreted. A portion of the additional sodium presented to the distal tubule is exchanged there for potassium and hydrogen ions. With continued use of hydrochlorothiazide and depletion of sodium, compensatory mechanisms tend to increase this exchange and may produce excessive loss of potassium, hydrogen and chloride ions.

Peak plasma concentrations are observed within 1 to 5 hours of dosing, and range from 70 to 490 ng/mL following oral doses of 12.5 to 100 mg. Plasma concentrations are linearly related to the administered dose. Concentrations of hydrochlorothiazide are 1.6 to 1.8 times higher in whole blood than in plasma. Binding to serum proteins has been reported to be approximately 40% to 68%. The plasma elimination half-life has been reported to be 6 to 15 hours. Hydrochlorothiazide is eliminated primarily by renal pathways. Following oral doses of 12.5 to 100 mg, 55% to 77% of the administered dose appears in urine and greater than 95% of the absorbed dose is excreted in urine as unchanged drug. In patients with renal disease, plasma concentrations of hydrochlorothiazide are increased and the elimination half-life is prolonged.

Acute antihypertensive effects of thiazides are thought to result from a reduction in blood volume and cardiac output, secondary to a natriuretic effect, although a direct vasodilatory mechanism has also been proposed. With chronic administration, plasma volume returns toward normal, but peripheral vascular resistance is decreased. The exact mechanism of the antihypertensive effect of hydrochlorothiazide is not known.

Thiazides do not affect normal blood pressure. Onset of action occurs within 2 hours of dosing, peak effect is observed at about 4 hours, and activity persists for up to 24 hours.

In an 87 patient 4-week double-blind, placebo controlled, parallel group trial, patients who received Hydrochlorothiazide Capsules had reductions in seated systolic and diastolic blood pressure that were significantly greater than those seen in patients who received placebo. In published placebo-controlled trials comparing 12.5 mg of hydrochlorothiazide to 25 mg, the 12.5 mg dose preserved most of the placebo-corrected blood pressure reduction seen with 25 mg.

Indications and Usage for Hydrochlorothiazide Capsules

Hydrochlorothiazide Capsules are indicated in th management of hypertension either as the sole therapeutic agent, or in combination with other antihypertensives. Unlike potassium sparing combination diuretic products, Hydrochlorothiazide Capsules may be used in those patients in whom the development of hyperkalemia cannot be risked, including patients taking ACE inhibitors.

The routine use of diuretics in an otherwise healthy woman is inappropriate and exposes mother and fetus to unnecessary hazard. Diuretics do not prevent development of toxemia of pregnancy, and there is no satisfactory evidence that they are useful in the treatment of developed toxemia.

Edema during pregnancy may arise from pathological causes or from the physiologic and mechanical consequences of pregnancy. Diuretics are indicated in pregnancy when edema is due to pathologic causes, just as they are in the absence of pregnancy. Dependent edema in pregnancy resulting from restriction of venous return by the expanded uterus is properly treated through elevation of the lower extremities and use of support hose; use of diuretics to lower intravascular volume in this case is illogical and unnecessary. There is hypervolemia during normal pregnancy which is harmful to neither the fetus nor the mother (in the absence of cardiovascular disease), but which is associated with edema, including generalized edema in the majority of pregnant women. If this edema produces discomfort, increased recumbency will often provide relief. In rare instances this edema may cause extreme discomfort which is not relieved by rest. In these cases a short course of diuretics may provide relief and may be appropriate.

Hydrochlorothiazide is contraindicated in patients with anuria. Hypersensitivity to this product or other sulfonamide derived drugs is also contraindicated.

Latent diabetes mellitus may become manifest and diabetic patients given thiazides may require adjustment of their insulin dose.

Cumulative effects of the thiazides may develop in patients with impaired renal function. In such patients, thiazides may precipitate azotemia.

Hypokalemia may develop, especially with brisk diuresis when severe cirrhosis is present, during concomitant use of corticosteroid or adrenocorticotropic hormone (ACTH) or after prolonged therapy. Interference with adequate oral electrolyte intake will also contribute to hypokalemia. Hypokalemia and hypomagnesemia can provoke ventricular arrhythmias or sensitize or exaggerate the response of the heart to the toxic effects of digitalis. Hypokalemia may be avoided or treated by potassium supplementation or increased intake of potassium rich foods.

Hyperuricemia or acute gout may be precipitated in certain patients receiving thiazide diuretics.

Calcium excretion is decreased by thiazides, and pathologic changes in the parathyroid glands, with hypercalcemia and hypophosphatemia, have been observed in a few patients on prolonged thiazide therapy.

When given concurrently the following drugs may interact with thiazide diuretics:

Alcohol, barbiturates, or narcotics: potentiation of orthostatic hypotension may occur.

Pressor amines (e.g., norepinephrine): possible decreased response to pressor amines but not sufficient to preclude their use.

Lithium: generally should not be given with diuretics. Diuretic agents reduce the renal clearance of lithium and greatly increase the risk of lithium toxicity. Refer to the package insert for lithium preparations before use of such preparations with Hydrochlorothiazide Capsules.

Thiazides should be discontinued before carrying out tests for parathyroid function (see PRECAUTIONS, General).

Two-year feeding studies in mice and rats conducted under the auspices of the National Toxicology Program (NTP) uncovered no evidence of a carcinogenic potential of hydrochlorothiazide in female mice (at doses of up to approximately 600 mg/kg/day) or in male and female rats (at doses of approximately 100 mg/kg/day). The NTP, however, found equivocal evidence for hepatocarcinogenicity in male mice. Hydrochlorothiazide was not genotoxic in vitro in the Ames mutagenicity assay of Salmonella typhimurium strains TA 98, TA 100, TA 1535, TA 1537, and TA 1538 and in the Chinese Hamster Ovary (CHO) test for chromosomal aberrations, or in vivo in assays using mouse germinal cell chromosomes, Chinese hamster bone marrow chromosomes, and the Drosophila sex-linked recessive lethal trait gene. Positive test results were obtained only in the in vitro CHO Sister Chromatid Exchange (clastogenicity) and in the Mouse Lymphoma Cell (mutagenicity) assays, using concentrations of hydrochlorothiazide from 43 to 1300 mcg/mL, and in the Aspergillus nidulans non-disjunction assay at an unspecified concentration.

Hydrochlorothiazide had no adverse effects on the fertility of mice and rats of either sex in studies wherein these species were exposed, via their diet, to doses of up to 100 and 4 mg/kg, respectively, prior to conception and throughout gestation.

Studies in which hydrochlorothiazide was orally administered to pregnant mice and rats during their respective periods of major organogenesis at doses up to 3,000 and 1,000 mg hydrochlorothiazide/kg, respectively, provided no evidence of harm to the fetus. There are, however, no adequate and well-controlled studies in pregnant women. Because animal reproduction studies are not always predictive of human response, this drug should be used during pregnancy only if clearly needed.

Thiazides cross the placental barrier and appear in cord blood. There is a risk of fetal or neonatal jaundice, thrombocytopenia, and possibly other adverse reactions that have occurred in adults.

Thiazides are excreted in breast milk. Because of the potential for serious adverse reactions in nursing infants, a decision should be made whether to discontinue nursing or to discontinue hydrochlorothiazide, taking into account the importance of the drug to the mother.

A greater blood pressure reduction and an increase in side effects may be observed in the elderly (i.e., > 65 years) with hydrochlorothiazide. Starting treatment with the lowest available dose of hydrochlorothiazide (12.5 mg) is therefore recommended. If further titration is required, 12.5 mg increments should be utilized.

Body as a whole: Weakness.

Cardiovascular: Hypotension including orthostatic hypotension (may be aggravated by alcohol, barbiturates, narcotics or antihypertensive drugs).

Whenever adverse reactions are moderate or severe, thiazide dosage should be reduced or therapy withdrawn.

The following adverse reaction has been identified during post-approval use of hydrochlorothiazide. Because the reaction is reported voluntarily from a population of uncertain size, it is not possible to reliably estimate the frequency or establish a causal relationship to drug exposure.

Hydrochlorothiazide is associated with an increased risk of non-melanoma skin cancer. In a study conducted in the Sentinel System, increased risk was predominantly for squamous cell carcinoma (SCC) and in white patients taking large cumulative doses. The increased risk for SCC in the overall population was approximately 1 additional case per 16,000 patients per year, and for white patients taking a cumulative dose of ≥50,000 mg the risk increase was approximately 1 additional SCC case for every 6,700 patients per year.

The most common signs and symptoms observed are those caused by electrolyte depletion (hypokalemia, hypochloremia, hyponatremia) and dehydration resulting from excessive diuresis. If digitalis has also been administered, hypokalemia may accentuate cardiac arrhythmias.

In the event of overdosage, symptomatic and supportive measures should be employed. Emesis should be induced or gastric lavage performed. Correct dehydration, electrolyte imbalance, hepatic coma and hypotension by established procedures. If required, give oxygen or artificial respiration for respiratory impairment. The degree to which hydrochlorothiazide is removed by hemodialysis has not been established.

The oral LD50 of hydrochlorothiazide is greater than 10 g/kg in the mouse and rat.

For Control of Hypertension

The adult initial dose of Hydrochlorothiazide Capsules, USP is one capsule given once daily whether given alone or in combination with other antihypertensives. Total daily doses greater than 50 mg are not recommended.

How is Hydrochlorothiazide Capsules Supplied

Dispense in a tight, light-resistant container as defined in the USP.

Rx only
For all medical inquiries contact:
Westminster Pharmaceuticals, LLC
1-844-221-7294 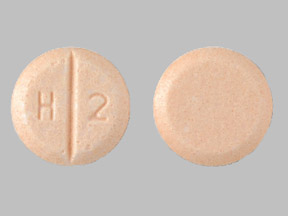