There is 1 alcohol/food/lifestyle interaction with Vicodin (acetaminophen / hydrocodone).

GENERALLY AVOID: Consumption of alcohol while taking some sustained-release formulations of hydrocodone may cause rapid release of the drug, resulting in high systemic levels of hydrocodone that may be potentially lethal. Alcohol apparently can disrupt the release mechanism of some sustained-release formulations. In study subjects, the rate of absorption of hydrocodone from an extended-release formulation was found to be affected by coadministration with 40% alcohol in the fasted state, as demonstrated by an average 2.4-fold (up to 3.9-fold in one subject) increase in hydrocodone peak plasma concentration and a decrease in the time to peak concentration. Alcohol also increased the extent of absorption by an average of 1.2-fold (up to 1.7-fold in one subject).

GENERALLY AVOID: Grapefruit juice may increase the plasma concentrations of hydrocodone. The proposed mechanism is inhibition of CYP450 3A4-mediated metabolism of hydrocodone by certain compounds present in grapefruit. Increased hydrocodone concentrations could conceivably increase or prolong adverse drug effects and may cause potentially fatal respiratory depression.

There are 594 drug interactions with Vicodin (acetaminophen / hydrocodone).

There are 20 disease interactions with Vicodin (acetaminophen / hydrocodone) which include: 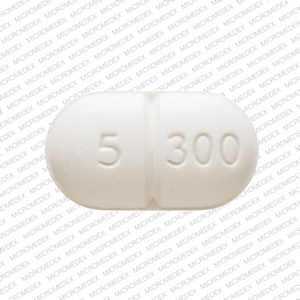