To achieve maximum contraceptive effectiveness, Lutera® (levonorgestrel and ethinyl estradiol tablets) must be taken exactly as directed and at intervals not exceeding 24 hours. The dosage of Lutera is one white tablet daily for 21 consecutive days, followed by one peach inert tablet daily for 7 consecutive days, according to the prescribed schedule. It is recommended that Lutera tablets be taken at the same time each day.

The dispenser should be kept in the wallet supplied to avoid possible fading of the pills. If the pills fade, patients should continue to take them as directed.

During the First Cycle of Use

The possibility of ovulation and conception prior to initiation of medication should be considered. The patient should be instructed to begin taking Lutera on either the first Sunday after the onset menstruation (Sunday Start) or on Day 1 of menstruation (Day 1 Start).

The patient is instructed to begin taking Lutera on the first Sunday after the onset of menstruation. If menstruation begins on a Sunday, the first tablet (white) is taken that day. One white tablet should be taken daily for 21 consecutive days, followed by one peach inert tablet daily for 7 consecutive days. Withdrawal bleeding should usually occur within three days following discontinuation of white tablets and may not have finished before the next pack is started. During the first cycle, contraceptive reliance should not be placed on Lutera until a white tablet has been taken daily for 7 consecutive days, and a nonhormonal back-up method of birth control should be used during those 7 days.

During the first cycle of medication, the patient is instructed to begin taking Lutera during the first 24 hours of her period (day one of her menstrual cycle). One white tablet should be taken daily for 21 consecutive days, followed by one peach inert tablet daily for 7 consecutive days. Withdrawal bleeding should usually occur within three days following discontinuation of white tablets and may not have finished before the next pack is started. If medication is begun on day one of the menstrual cycle, no back-up contraception is necessary. If Lutera tablets are started later than day one of the first menstrual cycle or postpartum, contraceptive reliance should not be placed on Lutera tablets until after the first 7 consecutive days of administration, and a nonhormonal back-up method of birth control should be used during those 7 days.

After the first cycle of use

The patient begins her next and all subsequent courses of tablets on the day after taking her last peach tablet. She should follow the same dosing schedule: 21 days on white tablets followed by 7 days on peach tablets. If in any cycle the patient starts tablets later than the proper day, she should protect herself against pregnancy by using a nonhormonal back-up method of birth control until she has taken a white tablet daily for 7 consecutive days.

Switching from another hormonal method of contraception

If spotting or breakthrough bleeding occurs

If spotting or breakthrough bleeding occur, the patient is instructed to continue on the same regimen. This type of bleeding is usually transient and without significance; however, if the bleeding is persistent or prolonged, the patient is advised to consult her physician.

Risk of pregnancy if tablets are missed

While there is little likelihood of ovulation occurring if only one or two white tablets are missed, the possibility of ovulation increases with each successive day that scheduled white tablets are missed. Although the occurrence of pregnancy is unlikely if Lutera is taken according to directions, if withdrawal bleeding does not occur, the possibility of pregnancy must be considered. If the patient has not adhered to the prescribed schedule (missed one or more tablets or started taking them on a day later than she should have), the probability of pregnancy should be considered at the time of the first missed period and appropriate diagnostic measures taken. If the patient has adhered to the prescribed regimen and misses two consecutive periods, pregnancy should be ruled out.

The risk of pregnancy increases with each active (white) tablet missed. For additional patient instructions regarding missed tablets, see the WHAT TO DO IF YOU MISS PILLS section in the DETAILED PATIENT LABELING below.

Use after pregnancy, abortion or miscarriage

Lutera may be initiated no earlier than day 28 postpartum in the nonlactating mother or after a second trimester abortion due to the increased risk of thromboembolism (see CONTRAINDICATIONS, WARNINGS, and PRECAUTIONS concerning thromboembolic disease). The patient should be advised to use a non-hormonal back-up method for the first 7 days of tablet taking.

Lutera may be initiated immediately after a first trimester abortion or miscarriage. If the patient starts Lutera immediately, back-up contraception is not needed. 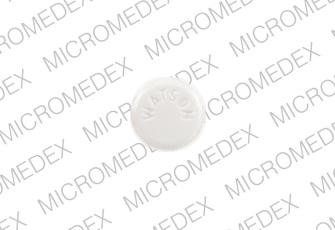