Ingrezza: 7 things you should know

Ingrezza may be used to treat adults with tardive dyskinesia. It works by blocking VMAT2, which reduces the uptake of dopamine by the brain. Although some reduction in symptoms of TD may be noticed within a week or two, it can take up to 32 weeks to have an effect. Side effects include fatigue, sleepiness, changes in balance, and a dry mouth.

Medicines that interact with Ingrezza may either decrease its effect, affect how long it works, increase side effects, or have less of an effect when taken with Ingrezza. An interaction between two medications does not always mean that you must stop taking one of the medications; however, sometimes it does. Speak to your doctor about how drug interactions should be managed.

Ingrezza interacts with over 455 drugs and most of these interactions are considered moderate or major. Common medications that may interact with Ingrezza include:

Grapefruit juice and grapefruit products may increase the blood levels of Ingrezza and increase side effects such as drowsiness and QT prolongation.

Alcohol may worsen the side effects of Ingrezza such as drowsiness and dizziness.

Note that this list is not all-inclusive and includes only common medications that may interact with Ingrezza. You should refer to the prescribing information for Ingrezza for a complete list of interactions.

Remember, keep this and all other medicines out of the reach of children, never share your medicines with others, and use Ingrezza only for the indication prescribed. 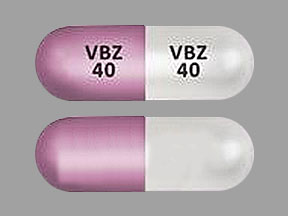