More frequently reported side effects include: diarrhea and insomnia. See below for a comprehensive list of adverse effects.

WARNINGS: Levofloxacin may rarely cause tendon damage (such as tendinitis, tendon rupture) during or after treatment. Your risk for tendon problems is greater if you are over 60 years of age, if you are taking corticosteroids (such as prednisone), or if you have had a kidney, heart or lung transplant. Stop exercising, rest, and get medical help right away if you develop joint/muscle/tendon pain or swelling.

Levofloxacin should not be used in patients with myasthenia gravis. It may cause the condition to become worse. Seek immediate medical attention if you develop muscle weakness or trouble breathing.

Along with its needed effects, levofloxacin may cause some unwanted effects. Although not all of these side effects may occur, if they do occur they may need medical attention.

Check with your doctor immediately if any of the following side effects occur while taking levofloxacin:

Some side effects of levofloxacin may occur that usually do not need medical attention. These side effects may go away during treatment as your body adjusts to the medicine. Also, your health care professional may be able to tell you about ways to prevent or reduce some of these side effects.

The most frequently reported side effects with the IV and oral formulations included nausea, headache, diarrhea, insomnia, constipation, and dizziness. Therapy was discontinued due to side effects in 4.3% of patients overall (3.8% treated with 250 mg and 500 mg doses; 5.4% treated with 750 mg dose). The most common side effects leading to discontinuation were gastrointestinal (primarily nausea, vomiting), dizziness, and headache.

Cough/productive cough, dysgeusia, and fatigue/asthenia were reported most often with the nebulizer solution formulation.

Very rare cases of prolonged (up to months or years), disabling, and potentially irreversible serious side effects affecting several (sometimes multiple) system organ classes and senses (including reactions such as tendonitis, tendon rupture, arthralgia, pain in extremities, gait disturbance, neuropathies associated with paresthesia, depression, fatigue, memory impairment, sleep disorders, impairment of hearing/vision/taste/smell) have been reported in association with use of quinolones and fluoroquinolones, in some cases irrespective of preexisting risk factors.[Ref]

One survey reported 33 cases of peripheral neuropathy associated with this drug, ranging in severity from mild and reversible to severe and persistent. In 1 case, a 51-year-old female developed "electrical" sensations, numbness, allodynia, multiple severe tendinitis, partial tendon rupture, impaired memory, confusion, and impaired concentration, with some symptoms persisting after 1 year.[Ref]

During 1 study, C difficile-associated diarrhea occurred in 11 of 490 study patients (2.2%) receiving this drug.

Hemorrhagic diarrhea has been reported, which in very rare cases was indicative of enterocolitis (including pseudomembranous colitis).[Ref]

Mucocutaneous reactions have been reported, sometimes after the first dose.

A 78-year-old female developed toxic epidermal necrolysis 2 days after parenteral therapy. The rash initially manifested as an erythematous rash, blistering, and mucosal sloughing but progressed to exfoliation involving three-quarters of the patient's body surface area including mucosa. A positive Nikolsky sign was noted.

A 15-year-old male developed fatal toxic epidermal necrolysis taking this drug for 9 days. The rash progressed over 40 hours to involve 80% of his body surface area with a positive Nikolsky sign and involvement of the eyes and oral, nasal, and perianal mucosa.[Ref]

Severe liver injury (including fatal cases with acute liver failure) has been reported, primarily in patients with severe underlying diseases.

Hypoglycemia has been reported, especially in diabetic patients.

A 79-year-old male with type 2 diabetes mellitus developed severe hypoglycemia (blood glucose 6 mg/dL) and became unresponsive 6 hours after receiving 1 dose of this drug (250 mg IV). Blood glucose levels subsequently ranged between 40 to 159 mg/dL with dextrose doses and infusions; however, he did not regain consciousness and expired 2 days later.

Attacks of porphyria in patients with porphyria have been associated with fluoroquinolone use.[Ref]

-Frequency not reported: Attacks of porphyria[Ref]

Ventricular arrhythmia and torsade de pointes have been reported, mainly in patients with risk factors of QT prolongation.

This drug was associated with 13 cases of torsade de pointes reported to the FDA between 1996 and 2001.

An 88-year-old woman developed a prolonged QTc interval during treatment with this drug (500 mg once a day). The QTc interval increased from 450 msec to 577 msec by the fourth day of treatment. This drug was discontinued after the patient experienced runs of ventricular tachycardia. The QTc interval then decreased to 437 msec 2 days after discontinuing this drug.

A 65-year-old woman with hypokalemia (2.8 mEq/L), hypomagnesemia (1.5 mEq/L), and renal insufficiency (serum creatinine 7.7 mg/dL, BUN 34 mg/dL) developed a QTc interval of 605 ms (baseline 435 to 485 ms), several episodes of torsade de pointes, and cardiac arrest after 3 days of this drug (250 mg/day IV). The QTc interval decreased to 399 ms and no further arrhythmias occurred after discontinuation of this drug and electrolyte replacement.

Hypotension has been associated with rapid or bolus IV infusion.[Ref]

Achilles tendon rupture occurred in 4 of 489 study patients (3217 treatment days) after 1 to 10 days of this drug.

A 73-year-old male developed vasculitis and acute renal failure within 3 days of starting oral therapy. Symptoms included significantly decreased urine output (0.5 to 0.7 L/day), palpable purpura, erythematous skin lesions, and increased serum creatinine (6.4 mg/dL) and BUN (190 mg/dL). The condition resolved within 4 weeks after discontinuation of this drug. Due to the possibility that this may have been an allergic reaction, rechallenge was not attempted.[Ref]

Anaphylactic and anaphylactoid reactions have been reported, sometimes after the first dose.[Ref]

Serious hematological side effects (e.g., pancytopenia, agranulocytosis, hemolytic anemia) have been reported after systemic administration of this drug.[Ref]

Rare (0.01% to 0.1%): Syndrome of inappropriate secretion of antidiuretic hormone (SIADH)[Ref]

44. Makaryus AN, Byrns K, Makaryus MN, Natarajan U, Singer C, Goldner B "Effect of ciprofloxacin and levofloxacin on the QT interval: is this a significant "clinical" event?" South Med J 99 (2006): 52-6 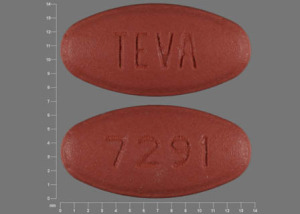