Note: This document contains side effect information about empagliflozin / linagliptin. Some of the dosage forms listed on this page may not apply to the brand name Glyxambi.

Common side effects of Glyxambi include: urinary tract infection. Other side effects include: increased ldl cholesterol. See below for a comprehensive list of adverse effects.

Along with its needed effects, empagliflozin/linagliptin may cause some unwanted effects. Although not all of these side effects may occur, if they do occur they may need medical attention.

Check with your doctor immediately if any of the following side effects occur while taking empagliflozin / linagliptin:

Some side effects of empagliflozin / linagliptin may occur that usually do not need medical attention. These side effects may go away during treatment as your body adjusts to the medicine. Also, your health care professional may be able to tell you about ways to prevent or reduce some of these side effects.

Postmarketing reports of bullous pemphigoid requiring hospitalization have been reported with DPP-4 inhibitors. Discontinuation of therapy and treatment with topical or systemic immunosuppressive agents led to resolution in reported cases.[Ref]

Twenty reports of acidosis have been identified in the US Food and Drug Administration Adverse Event Reporting System (FAERS) database during the period March 2013 through 06 June 2014. All patients required emergency room treatment or hospitalization. These cases were not typical of ketoacidosis or diabetic ketoacidosis (DKA) in that they occurred in patients with type 2 diabetes and their blood sugar levels were only slightly increased. Some factors identified as potentially triggering the acidosis included major illness, reduced food and fluid intake, and reduced insulin dose.[Ref]

Postmarketing, serious hypersensitivity reactions including angioedema, anaphylaxis, and exfoliative skin conditions have been reported in patients treated with linagliptin. These reactions have occurred within the first 3 months and some have occurred after the first dose.[Ref]

Postmarketing reports of AKI, some requiring hospitalization and dialysis, have been received for patients treated with SGLT2 inhibitors including empagliflozin. Some reports involved patients younger than 65 years old.[Ref]

3. FDA. U.S. Food and Drug Administration "FDA: SGLT2 inhibitors: Drug Safety Communication - FDA Warns Medicines May Result in a Serious Condition of Too Much Acid in the Blood http://www.fda.gov/safety/medwatch/safetyinformation/safetyalertsforhumanmedicalproducts/ucm446994.htm." (2015):

4. FDA "FDA warns about rare occurrences of a serious infection of the genital area with SGLT2 inhibitors for diabetes. https://www.fda.gov/downloads/Drugs/DrugSafety/UCM618466.pdf." (2018): 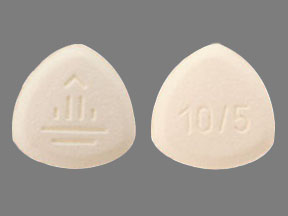