Note: This document contains side effect information about acetaminophen / caffeine. Some of the dosage forms listed on this page may not apply to the brand name Excedrin Tension Headache.

Do not take more of this medication than is recommended. An overdose of acetaminophen can damage your liver or cause death. Call your doctor at once if you have nausea, pain in your upper stomach, itching, loss of appetite, dark urine, clay-colored stools, or jaundice (yellowing of your skin or eyes).

Ask a doctor or pharmacist before using any other cold, allergy, pain, or sleep medication. Acetaminophen (sometimes abbreviated as APAP) is contained in many combination medicines. Taking certain products together can cause you to get too much acetaminophen which can lead to a fatal overdose. Check the label to see if a medicine contains acetaminophen or APAP.

In rare cases, acetaminophen may cause a severe skin reaction. Stop taking this medicine and call your doctor right away if you have skin redness or a rash that spreads and causes blistering and peeling.

Get emergency medical help if you have any of these signs of an allergic reaction while taking acetaminophen/caffeine: hives; difficulty breathing; swelling of your face, lips, tongue, or throat.

In rare cases, acetaminophen may cause a severe skin reaction that can be fatal. This could occur even if you have taken acetaminophen in the past and had no reaction. Stop taking this medicine and call your doctor right away if you have skin redness or a rash that spreads and causes blistering and peeling. If you have this type of reaction, you should never again take any medicine that contains acetaminophen.

Stop using acetaminophen and caffeine and call your doctor at once if you have:

Common side effects may include:

This is not a complete list of side effects and others may occur. Call your doctor for medical advice about side effects.

In a recent retrospective study of 306 patients admitted for acetaminophen overdose, 6.9% had severe liver injury but all recovered. None of the 306 patients died.

One study has suggested that acetaminophen may precipitate acute biliary pain and cholestasis. The mechanism of this effect may be related to inhibition of prostaglandin and alterations in the regulation of the sphincter of Oddi.[Ref]

Acetaminophen: Rare (less than 0.1%): Acute tubular necrosis, interstitial nephritis; these effects are most often observed after overdose or after chronic abuse (often with multiple analgesics), or in association with acetaminophen-related hepatotoxicity[Ref]

Acute tubular necrosis usually occurs in conjunction with liver failure, but has been observed as an isolated finding in rare cases. A possible increase in the risk of renal cell carcinoma has been associated with chronic acetaminophen use as well.

Caffeine: Frequency not reported: Caffeinism (Caffeinism is a syndrome characterized by anxiety, restlessness, and sleep disorders similar to anxiety states), aggravation of PMS 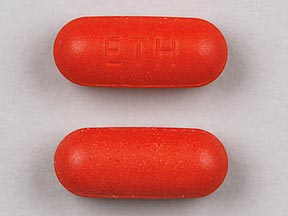