Note: This document contains side effect information about rasagiline. Some dosage forms listed on this page may not apply to the brand name Azilect.

Common side effects of Azilect include: dyskinesia. Continue reading for a comprehensive list of adverse effects.

Serious side effects of Azilect

Along with its needed effects, rasagiline (the active ingredient contained in Azilect) may cause some unwanted effects. Although not all of these side effects may occur, if they do occur they may need medical attention.

Check with your doctor immediately if any of the following side effects occur while taking rasagiline:

Other side effects of Azilect

Some side effects of rasagiline may occur that usually do not need medical attention. These side effects may go away during treatment as your body adjusts to the medicine. Also, your health care professional may be able to tell you about ways to prevent or reduce some of these side effects.

When used as an adjunct to levodopa, the risk for developing posttreatment high blood pressure, combined with a significant increase from baseline was higher for rasagiline (2%) compared to placebo (1%).

Clinical trial data suggest that orthostatic hypotension occurs more frequently during the first 2 months of rasagiline treatment and tends to decrease over time.

Postmarketing reports of elevated blood pressure, including rare incidents of hypertensive crisis associated with the ingestion of unknown amounts of tyramine-rich foods, have been reported in patients taking recommended doses of rasagiline.[Ref]

Dyskinesia or exacerbation of dyskinesia has been reported when rasagiline (the active ingredient contained in Azilect) is used as an adjunct to levodopa. A dose reduction of levodopa may mitigate this effect.

Cases of patients treated with rasagiline and other dopaminergic medications falling asleep while engaged in activities of daily living including the operations of motor vehicles, have been reported and sometimes resulted in accidents. Some of these cases of somnolence have been reported more than 1 year after initiation of treatment.

The postmarketing reports of serotonin syndrome, associated with agitation, confusion, rigidity, pyrexia, and myoclonus have been reported by patients treated with antidepressants/SNRI concomitantly with rasagiline.

When studied as an adjunct to levodopa, the incidence of hallucinations was approximately 5% at a rasagiline dose of 0.5 mg per day, 4% at 1 mg per day, and 3% with placebo. Dose reduction or treatment discontinuation should be considered if hallucinations or psychotic-like behaviors develop.

Reduced impulse control or increased compulsive behaviors include intense urges to gamble, increased sexual urges, intense urges to spend money, and binge eating. Patients may not recognize these behaviors as abnormal. Dose reduction or treatment discontinuation should be considered if such urges develop.[Ref] 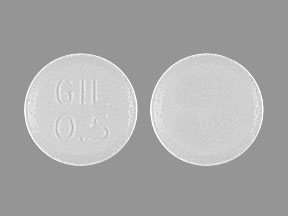