Note: This document contains side effect information about glimepiride / rosiglitazone. Some dosage forms listed on this page may not apply to the brand name Avandaryl.

Overall data from rosiglitazone long-term trials including the RECORD, ADOPT, and DREAM trials (rosiglitazone n=6311; control n=7756) showed no difference in overall mortality or major adverse cardiovascular events; however, a meta-analysis of shorter-term trials suggests and increased risk for myocardial infarction with rosiglitazone compared with placebo.

The RECORD trial (Rosiglitazone evaluated for Cardiac Outcomes and Regulation of Glycemia in Diabetes; mean age 58 years; 52% male) revealed no significant difference in cardiovascular hospitalization or cardiovascular death (primary outcome) among patients with type 2 diabetes receiving rosiglitazone add-on therapy (n=2220) compared with active control (n=2227); however, there was a significant difference in the incidence of congestive heart failure (secondary endpoint). Patients who had failed metformin or sulfonylurea monotherapy were randomized to add-on rosiglitazone or active control (add-on metformin for those inadequately controlled on sulfonylurea or add-on sulfonylurea for those inadequately controlled on metformin). Patients were treated to a target glycosylated hemoglobin (HbA1c) of 7% or less. Heart failure was reported in 61 patients receiving add-on rosiglitazone and 29 patients receiving active control.

Cardiovascular Events in Patients with NYHA Class I and II Heart Failure:

Anemia was reported in 1.9% of patients receiving rosiglitazone as monotherapy. When taken in combination with metformin, a sulfonylurea, or metformin plus a sulfonylurea, the incidence of anemia was 7.1%, 2.3%, and 6.7%, respectively. Laboratory findings have shown dose-related decreases in hemoglobin and hematocrit; mean decreases in hemoglobin were 1 g/dL and up to 3.3% in hematocrit. These changes primarily occurred during the first 3 months or following a dose increase. They may be related to increased plasma volume.[Ref] 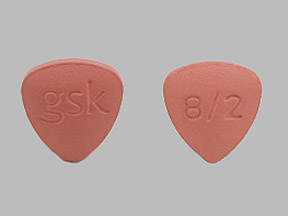