Management of insomnia characterized by difficulty with sleep onset.

Administer orally within 30 minutes of bedtime.

Avoid administration with or immediately after a high-fat meal because of potentially decreased rate of absorption. (See Food under Pharmacokinetics.)

No dosage adjustment necessary in patients with mild, moderate, or severe renal impairment or in those requiring chronic hemodialysis.

Sleep disturbances may be a manifestation of a physical and/or psychiatric disorder; carefully evaluate patient before providing symptomatic treatment.

Failure of insomnia to remit after a reasonable treatment period, exacerbation of insomnia, and/or emergence of new cognitive or behavioral abnormalities may indicate the presence of an underlying psychiatric or physical disorder requiring further patient evaluation.

Potential risk of complex sleep-related behaviors such as sleep-driving (i.e., driving while not fully awake after ingesting a sedative-hypnotic drug, with no memory of the event), making phone calls, or preparing and eating food while asleep.

Potential risk of anaphylaxis and angioedema; may occur as early as with the first dose of drug.

Cognitive and behavioral changes reported. In primarily depressed patients, exacerbation of depression and suicidal ideation reported following use of hypnotics.

No evidence of abuse potential detected following administration of doses up to 20 times the recommended hypnotic dose in patients with a history of drug abuse or dependence.

No evidence of physical dependence.

No evidence of a withdrawal syndrome, including rebound insomnia, following discontinuance of long-term therapy (4, 8, or 16 mg daily for up to 35 days).

No respiratory depressant effect in patients with mild to moderate COPD. Effects in patients with severe COPD (e.g., those with elevated pCO2, those requiring nocturnal oxygen therapy) not studied; use in these patients not recommended.

Increased exposure to drug and active metabolite. (See Special Populations under Pharmacokinetics.) However, no overall differences in safety or efficacy relative to younger adults.

Metabolized principally by CYP1A2 and, to a lesser extent, by the CYP2C subfamily and by CYP3A4.

Total absorption is ≥84%; however, absolute oral bioavailability is 1.8% because of extensive first-pass metabolism.

Pharmacokinetic parameters not altered in patients with renal impairment or in those requiring chronic hemodialysis.

Metabolized principally by CYP1A2 and, to a lesser extent, by the CYP2C subfamily and by CYP3A4 to active (M-II) and inactive metabolites.

Excreted in urine (84%) and feces (4%), principally as metabolites.

Tightly-closed containers at 25°C (may be exposed to 15–30°C). Protect from moisture and humidity. 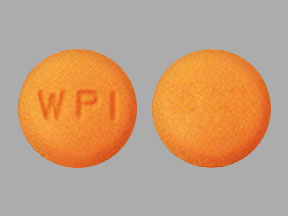