Treatment of ADHD in children ≥6 years of age, adolescents, and adults. Multimodal, multidisciplinary treatment approaches that may include pharmacotherapy, behavioral treatment, and psychological, educational, social, and other measures are recommended in the treatment of ADHD.

Patients with ADHD may exhibit pronounced difficulties and impairment across their lifespan. Choice of therapeutic intervention(s) depends on patient's age, comorbid conditions, specific target symptoms, and strengths and weaknesses of the patient, family, school, and community.

Stimulants remain the most effective and most commonly used first-line drugs for management of ADHD in pediatric patients and adults. Methylphenidate and amphetamines provide moderate to large improvements in ADHD symptoms in children and adolescents and moderate improvements in adults. Response to methylphenidate versus amphetamines is idiosyncratic.

For elementary and middle school-aged children (6 years of age to 12th birthday), AAP recommends that drugs with FDA-approved labeling for treatment of ADHD be used in conjunction with parent training in behavior management and/or behavioral classroom intervention (preferably both). Educational interventions and individualized instructional supports are necessary treatment components. AAP states that evidence supporting use of stimulants in elementary school-aged children is particularly strong and evidence is sufficient, but not as strong, for atomoxetine, extended-release guanfacine, and extended-release clonidine, in that order.

For adolescents (12 years of age to 18th birthday), AAP recommends that drugs with FDA-approved labeling for treatment of ADHD be used with the adolescent's assent. Concurrent use of evidence-based training interventions and/or behavioral interventions is encouraged. Educational interventions and individualized instructional supports are necessary treatment components. If concerned about drug diversion or misuse, may consider nonstimulant drugs. Use of longer-acting preparations or addition of a late-afternoon dose of a short-acting preparation may provide symptom control while adolescent is driving.

Nonstimulant drugs may be used alone or in combination with stimulants in patients with ADHD and comorbid conditions (e.g., aggression, anxiety, depression, tic disorders).

Although current evidence indicates that stimulants do not worsen comorbid tic disorders in most patients, some patients receiving stimulants may experience worsening of tics, and central α2-adrenergic agonists (e.g., clonidine, guanfacine) or atomoxetine may be alternative treatment options.

Administer orally once daily in the morning with or without food.

Swallow capsules intact. Do not crush, chew, or subdivide the capsule contents.

Alternatively, open capsule(s) and sprinkle entire contents on a small amount (e.g., 1 spoonful) of applesauce immediately prior to administration. Do not store the sprinkle/applesauce mixture for later use.

Administer orally once daily in the morning with or without food.

Alternatively, open capsule and sprinkle entire contents into 50 mL of water or over 2 tablespoons of applesauce immediately or within 10 minutes prior to administration. Do not store the mixture for later use.

Carefully adjust dosage according to individual requirements and response.

Discontinue therapy if a beneficial effect is not attained after appropriate dosage adjustment over 1 month.

If paradoxical aggravation of symptoms occurs, reduce dosage or discontinue the drug.

For patients whose symptoms are not severe outside school, may attempt planned breaks in drug treatment (i.e., drug holidays) to assess continuing efficacy and need for therapy, as well as to minimize adverse effects.

Pediatric patients ≥6 years of age: Initially, 2.5 mg twice daily for children who currently are not receiving racemic methylphenidate or are receiving stimulants other than methylphenidate. Increase dosage by 2.5–5 mg daily at weekly intervals (up to maximum dosage of 20 mg daily).

Pediatric patients ≥6 years of age: Initially, 5 mg once daily for children who currently are not receiving dexmethylphenidate or racemic methylphenidate or who are receiving stimulants other than methylphenidate. Increase dosage by 5 mg daily at weekly intervals (up to maximum dosage of 30 mg daily). Within the dosage range of 10–30 mg daily, no clear evidence that higher dosages provide greater average benefits than lower dosages; adverse effects and drug discontinuance are dose related.

Initially, 10 mg once daily for patients who currently are not receiving dexmethylphenidate or racemic methylphenidate or who are receiving stimulants other than methylphenidate. Increase dosage by 10 mg daily after 1 week (up to maximum dosage of 40 mg daily). Within the dosage range of 20–40 mg daily, no clear evidence that higher dosages provide greater average benefits than lower dosages; adverse effects and drug discontinuance are dose related.

Long-term use not studied systematically. If used for long-term therapy, periodically reevaluate the usefulness of the drug and adjust dosage as needed.

Long-term use not studied systematically. If used for long-term therapy, periodically reevaluate the usefulness of the drug and adjust dosage as needed.

Potential for Abuse and Dependence

High potential for abuse and dependence.

Some evidence indicates that stimulant use does not lead to increased risk of substance abuse and that effective stimulant therapy for ADHD actually may reduce the risk for subsequent substance use disorders. However, diversion of stimulants for nonmedical uses has increased in recent decades and is a particular concern among adolescents and young adults seeking enhanced academic or work performance. Ensure that individuals are diagnosed and treated for ADHD when appropriate while limiting the risk of diversion and misuse.

Assess risk of abuse prior to initiating therapy and monitor for signs of abuse and dependence during therapy.

Maintain careful prescription records, educate patients and their families about CNS stimulant abuse and about proper storage and disposal of the drugs, monitor for signs of abuse and overdosage, and periodically reevaluate the need for continued stimulant therapy.

Although an initial epidemiologic study showed an association between use of stimulants and sudden unexplained death in healthy children and adolescents, several subsequent large epidemiologic studies in children and young adults or in adults 25–64 years of age found no association between ADHD drug use (stimulants, atomoxetine, pemoline [no longer commercially available in US]) and serious cardiovascular events (MI, stroke, sudden cardiac death), although small increases in cardiovascular risk could not be excluded.

Effects on BP and Heart Rate

May exacerbate symptoms of behavior disturbance and thought disorder in patients with preexisting psychotic disorder.

May precipitate mixed or manic episodes in ADHD patients with comorbid bipolar disorder. Prior to initiating therapy, carefully screen patients with ADHD to determine if they are at risk for developing a manic episode; screening should include a detailed psychiatric history (e.g., current or prior depressive symptoms; family history of suicide, bipolar disorder, or depression).

Psychotic or manic symptoms (e.g., hallucinations, delusional thinking, mania) also reported with usual stimulant dosages in patients without a history of psychotic illness or mania. Pooled analysis of short-term, placebo-controlled studies identified such symptoms in about 0.1% of patients receiving stimulants and 0% of those receiving placebo. If psychotic symptoms occur, consider discontinuance of therapy.

FDA states clinicians should be cautious if they consider switching patients from methylphenidate because of this risk; certain alternative ADHD treatments (e.g., atomoxetine) also may cause priapism.

Peripheral vascular disorders, including Raynaud's phenomenon, reported in patients in all age groups receiving stimulants at therapeutic dosages and at various times throughout treatment course. Manifestations usually intermittent and mild, but ulceration of digits and/or breakdown of soft tissue occur rarely. Carefully observe for digital changes.

Long-term administration of stimulants in children with ADHD associated with at least a temporary suppression of normal weight and/or height patterns in some patients.

In the Multimodal Treatment Study of Children with ADHD (MTA), slowing in growth rate (on average, height gain suppressed by about 2 cm and weight gain suppressed by 2.7 kg over 3 years) observed with methylphenidate treatment for up to 3 years in children 7–13 years of age, without evidence of growth rebound during this period of development. Longer-term follow-up into early adulthood suggested that consistent extended use of stimulants from childhood through adolescence may be associated with suppression of adult height.

Manufacturer recommends monitoring growth during treatment; patients not growing or gaining weight as expected may require temporary discontinuance of treatment.

Available data on methylphenidate use during pregnancy have not identified a drug-associated risk of major birth defects, spontaneous abortion, or adverse maternal or fetal outcomes; however, CNS stimulant use during pregnancy may have fetal risks. CNS stimulants can cause vasoconstriction and thereby decrease placental perfusion. Although no fetal or neonatal adverse reactions reported with therapeutic methylphenidate dosages during pregnancy, premature delivery and low birthweight reported in women dependent on amphetamines.

No reports of adverse effects of methylphenidate on breast-fed infants and no reported effects on milk production. Long-term neurodevelopmental effects resulting from infant exposure to CNS stimulants unknown.

Consider developmental and health benefits of breast-feeding along with the mother’s clinical need for dexmethylphenidate and any potential adverse effects on the breast-fed infant from the drug or underlying maternal condition. Monitor infants exposed to dexmethylphenidate through breast milk for adverse effects (e.g., agitation, insomnia, anorexia, reduced weight gain).

Safety and efficacy not established in children <6 years of age.

Long-term efficacy of dexmethylphenidate in pediatric patients not established.

Long-term administration expected to cause at least a temporary suppression of normal weight and/or height patterns in some children and adolescents. (See Growth Suppression under Cautions.)

Safety and efficacy not established. Renal impairment expected to have minimal effect on pharmacokinetics of the drug.

Pharmacokinetic interaction is unlikely. CYP inducers or inhibitors not expected to have a clinically important effect on the pharmacokinetics of methylphenidate, and methylphenidate did not increase plasma concentrations of desipramine (CYP2D6 substrate).

Dexmethylphenidate extended-release capsules: Peak plasma concentrations are attained at 1.5 hours and again at 6.5 hours after a dose.

Serdexmethylphenidate/dexmethylphenidate capsules: Food may delay absorption but does not alter extent of absorption. No clinically important differences in dexmethylphenidate exposure observed whether administered with high-fat, high-calorie meal; sprinkled in applesauce or water; or in fasting state. Food prolonged median time to peak plasma concentration from 2 hours (fasted state) to 4–4.5 hours (fed state).

Sex, dexmethylphenidate conventional tablets: AUC is higher in women than in men; pharmacokinetics parameters are similar between boys and girls (mean age 10 years).

Age, dexmethylphenidate conventional tablets: Following single dose, peak concentrations are similar but AUC is lower in children 6–12 years of age than in adults. Pharmacokinetics not studied in children <6 years of age.

Age, dexmethylphenidate extended-release capsules: Pharmacokinetics not studied in pediatric patients <18 years of age; however, following administration of a similar formulation of racemic methylphenidate, between-peak minimum and second peak concentrations were delayed and more variable in children than in adults.

Not known whether dexmethylphenidate crosses placenta or distributes into milk.

Metabolized principally by de-esterification to form d-ritalinic acid, which has little or no pharmacologic activity.

Dexmethylphenidate: 2–3 hours in children or 3 hours in adults.

Subject to control under the Federal Controlled Substances Act of 1970 as a schedule II (C-II) drug. 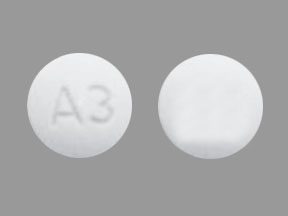