Pill with imprint logo PAMELOR 25 mg logo SANDOZ is Orange / White, Capsule-shape and has been identified as Pamelor 25 mg. It is supplied by Novartis Pharmaceuticals.

Pamelor is used in the treatment of depression; vulvodynia; primary nocturnal enuresis and belongs to the drug class tricyclic antidepressants. FDA has not classified the drug for risk during pregnancy. Pamelor 25 mg is not a controlled substance under the Controlled Substances Act (CSA). 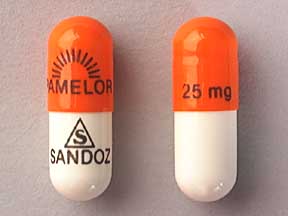 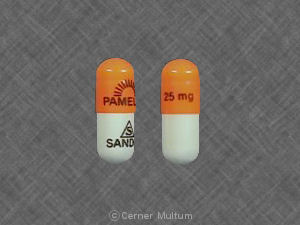