Because of the risk of potentially fatal, acute fulminant liver failure, tolcapone should ordinarily be used in patients with Parkinson disease on levodopa/carbidopa who are experiencing symptom fluctuations and are not responding satisfactorily to or are not appropriate candidates for other adjunctive therapies. Because of the risk of liver injury and because tolcapone, when it is effective, provides an observable symptomatic benefit, the patient who fails to show substantial clinical benefit within 3 weeks of initiation of treatment, should be withdrawn from tolcapone. Tolcapone therapy should not be initiated if the patient exhibits clinical evidence of liver disease or 2 SGPT/ALT or SGOT/AST values greater than the upper limit of normal. Patients with severe dyskinesia or dystonia should be treated with caution. Patients who develop evidence of hepatocellular injury while on tolcapone and are withdrawn from the drug for any reason may be at increased risk for liver injury if tolcapone is reintroduced. Accordingly, such patients should not ordinarily be considered for retreatment. Cases of severe hepatocellular injury, including fulminant liver failure resulting in death, have been reported in postmarketing use. As of May 2005, 3 cases of fatal fulminant hepatic failure have been reported from more than 40,000 patient-years of worldwide use. This incidence may be 10- to 100-fold higher than the background incidence in the general population. Underreporting of cases may lead to significant underestimation of the increased risk associated with the use of tolcapone. All 3 cases were reported within the first 6 months of initiation of treatment with tolcapone. Analysis of the laboratory monitoring data in over 3400 tolcapone-treated patients participating in clinical trials indicated that increases in SGPT/ALT or SGOT/AST, when present, generally occurred within the first 6 months of treatment with tolcapone.A prescriber who elects to use tolcapone in face of the increased risk of liver injury is strongly advised to monitor patients for evidence of emergent liver injury. Patients should be advised of the need for self-monitoring for both the classical signs of liver disease (eg, clay-colored stools, jaundice) and the nonspecific ones (eg, fatigue, loss of appetite, lethargy). Although a program of periodic laboratory monitoring for evidence of hepatocellular injury is recommended, it is not clear that periodic monitoring of liver enzymes will prevent the occurrence of fulminant liver failure. However, it is generally believed that early detection of drug-induced hepatic injury along with immediate withdrawal of the suspect drug enhances the likelihood for recovery. Accordingly, the following liver monitoring program is recommended. Before starting treatment with tolcapone, the physician should conduct appropriate tests to exclude the presence of liver disease. In patients determined to be appropriate candidates for treatment with tolcapone, serum glutamic-pyruvic transaminase (SGPT/ALT) and serum glutamic-oxaloacetic transaminase (SGOT/AST) levels should be determined at baseline and periodically (ie, every 2 to 4 weeks) for the first 6 months of therapy. After the first 6 months, periodic monitoring is recommended at intervals deemed clinically relevant. Although more frequent monitoring increases the chances of early detection, the precise schedule for monitoring is a matter of clinical judgement. If the dose is increased to 200 mg 3 times a day, liver enzyme monitoring should take place before increasing the dose then be conducted every 2 to 4 weeks for the following 6 months of therapy. After 6 months, periodic monitoring is recommended at intervals deemed clinically relevant. Tolcapone should be discontinued if SGPT/ALT or SGOT/AST exceeds 2 times the upper limit of normal or if clinical signs and symptoms suggest the onset of hepatic dysfunction (persistent nausea, fatigue, lethargy, anorexia, jaundice, dark urine, pruritus, and right upper quadrant tenderness) .

Along with its needed effects, tolcapone may cause some unwanted effects. Although not all of these side effects may occur, if they do occur they may need medical attention.

Check with your doctor immediately if any of the following side effects occur while taking tolcapone:

Check with your doctor as soon as possible if any of the following side effects occur while taking tolcapone:

Some side effects of tolcapone may occur that usually do not need medical attention. These side effects may go away during treatment as your body adjusts to the medicine. Also, your health care professional may be able to tell you about ways to prevent or reduce some of these side effects.

After you stop using this medicine, it may still produce some side effects that need attention. During this period of time, Check with your doctor immediately if you notice the following side effects:

Cases of severe hepatocellular injury, including fulminant liver failure resulting in death, have been reported. As of 5-2005, 3 cases of fulminant hepatic failure had been reported from more than 40,000 patient years of worldwide use. This incidence may be 10 to 100-fold higher than the incidence in the general population. All 3 cases were reported within the first 6 months of treatment initiation. Analysis of laboratory monitoring indicates that when present, transaminase elevations generally occur within the first 6 months. It is not clear whether periodic monitoring will prevent the occurrence of fulminant liver failure, but it is believed that early detection and immediate withdrawal enhances the likelihood for recovery.

In clinical trials, diarrhea developed in approximately 16%, and 18%, of patients receiving 100 mg or 200 mg three times a day, respectively. Diarrhea was generally regarded as mild to moderate, however, severe diarrhea occurred in 3% to 4% of patients and hospitalization was needed in 0.7% and 1.7% of patients receiving 100 mg or 200 mg, respectively. Diarrhea was the most common adverse reaction resulting in discontinuation. No consistent mechanism for tolcapone-induced diarrhea is known.[Ref]

Female patients may be more likely to develop somnolence than males. Dyskinesia may occur or be exacerbated as this drug potentiates the dopaminergic side effects of levodopa.

This drug and its metabolites are yellow and can cause a harmless intensification in the color of the urine.[Ref] 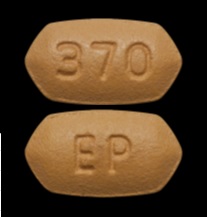