Gastrointestinal adverse effects are commonly seen during pergolide therapy. Nausea occurs in up to 25% of patients treated and may abate with continued therapy. Also, diarrhea, dyspepsia, abdominal pain, vomiting, and constipation are reported less commonly.[Ref]

The incidence of hallucinations appears to be dose-related. Patients experiencing hallucinations during pergolide therapy may benefit from a dose reduction, however, often this is at the expense of control of Parkinson's Disease. In some patients, it is possible to increase the dose beyond the originally toxic dose without reoccurrence of hallucinations after a temporary decrease with resolutions of the side effects. Hallucinations following withdrawal of pergolide have been reported to persist for several weeks.[Ref]

Symptomatic postural hypotension is most commonly seen during initial therapy. Most patients become tolerant of this effect if begun on low doses and titrated up gradually over a period of three to four weeks.

Patients who experience angina in clinical trials have responded to a decrease in the dose. A possible association between pergolide and the development of ventricular arrhythmias was seen in a few patients during clinical trials. Although this association has not been verified, caution is recommended when high doses of pergolide are used in patients with cardiac disease.

The valvulopathy reported with pergolide has involved aortic, mitral and tricuspid valves. In some cases this side effect resolved with cessation of pergolide therapy. Valve replacement was required in two patients.

In a letter to the Healthcare Professional issued by Eli Lilly and Company last February 10, 2003, it states that of the estimated 500,000 people who have been treated with pergolide since the drug was launched in the United States in 1989, valvulopathy has been reported in less than 0.005%.[Ref]

Dermatologic abnormalities reported in patients receiving pergolide occasionally include erythema of the lower extremities, or erythromelalgia. This erythema may be very warm or painful.[Ref]

Hematologic abnormalities associated with pergolide therapy include anemia. Leukopenia has been reported infrequently.[Ref]

Ocular adverse effects may include diplopia or vision changes in 2% to 6% of patients treated with pergolide.[Ref]

Other adverse effects of pergolide may include flu-like syndrome, and fever.[Ref]

3. Lamberts SW, Quik RF "A comparison of the efficacy and safety of pergolide and bromocriptine in the treatment of hyperprolactinemia." J Clin Endocrinol Metab 72 (1991): 635-41

12. Bonuccelli U, Colzi A, Del Dotto P "Pergolide in the treatment of patients with early and advanced Parkinson's disease." Clin Neuropharmacol 25 (2002): 1-10 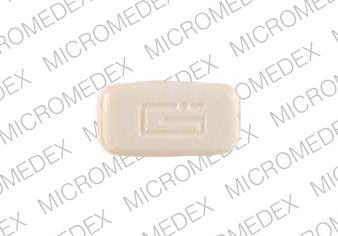