Excedrin Back & Body Side Effects

Note: This document contains side effect information about acetaminophen / aspirin. Some dosage forms listed on this page may not apply to the brand name Excedrin Back & Body.

Cardiovascular side effects including two cases of hypotension have been reported following the administration of acetaminophen.[Ref]

A 29- year- old female with a history of migraine developed chest pain, tachycardia and orthopnea following aspirin consumption at doses of 1500 mg per day for several days. After discontinuation of aspirin therapy, the patient's symptoms promptly resolved. The patient consented to a pharmacological challenge test which once again triggered the symptoms.

Two cases hypotension have been reported following the administration of acetaminophen. Both patients experienced significant decreases in blood pressure. One of the two patients required pressor agents to maintain adequate mean arterial pressures. Neither episode was associated with symptoms of anaphylaxis. Neither patient was rechallenged after resolution of the initial episode.[Ref]

Dermatologic side effects of aspirin have included Stevens-Johnson syndrome and a lichenoid eruption.

Endocrine side effects of aspirin have included hypoglycemia (which has been reported in children) and hyperglycemia.[Ref]

Gastrointestinal side effects of aspirin have included epigastric distress (in as many as 83% of patients treated with regular aspirin), abdominal discomfort or pain, endoscopically identifiable gastric mucosal lesions, nausea, and vomiting. More serious gastrointestinal effects include hemorrhage, peptic ulcers, perforation, and esophageal ulcerations.

Gastrointestinal side effects of acetaminophen are rare except in alcoholics and after overdose. Cases of acute pancreatitis have been reported rarely.[Ref]

Endoscopically identifiable gastric mucosal lesions occur in most patients who receive a single dose of aspirin. Clinically evident gastrointestinal bleeding has been reported in as many as 3% of treated elderly patients. Anorectal ulceration and rectal stenosis have been reported in patients who abuse aspirin- containing rectal suppositories. One case- controlled study has suggested that an association between aspirin (and other NSAID) consumption and appendicitis may exist.

One study has suggested that acetaminophen may precipitate acute biliary pain and cholestasis. The mechanism of this effect may be related to inhibition of prostaglandin and alterations in the regulation of the sphincter of Oddi.[Ref]

In general, acetaminophen is well- tolerated when administered in therapeutic doses.[Ref]

Hepatic side effects of aspirin have included hepatotoxicity and cholestatic hepatitis.

Hepatic side effects of acetaminophen including severe and sometimes fatal dose dependent hepatitis have been reported in alcoholic patients. Hepatotoxicity has been increased during fasting. Several cases of hepatotoxicity from chronic acetaminophen therapy at therapeutic doses have also been reported despite a lack of risk factors for toxicity.[Ref]

In a recent retrospective study of 306 patients admitted for acetaminophen overdose, 6.9% had severe liver injury but all recovered. None of the 306 patients died.

Hypersensitivity side effects of aspirin have included bronchospasm, rhinitis, conjunctivitis, urticaria, angioedema, and anaphylaxis. Approximately 10% to 30% of asthmatics are aspirin- sensitive (with the clinical triad of aspirin sensitivity, bronchial asthma, and nasal polyps).

Hypersensitivity side effects including anaphylaxis and fixed drug eruptions have been reported rarely in association with acetaminophen use.[Ref]

The mechanism of aspirin- induced hypersensitivity may be related to an up- regulation of the 5- lipoxygenase pathway of arachidonic acid metabolism with a resulting increase in the products of 5- lipoxygenase (such as leukotrienes).[Ref]

Metabolic side effects of aspirin have included dehydration and hyperkalemia. Respiratory alkalosis and metabolic acidosis, particularly during salicylate toxicity, have been reported. A case of hypoglycemia has been reported in a patient on hemodialysis. Salicylates have also been reported to displace triiodothyronine (T3) and thyroxine (T4) from protein binding sites. The initial effect is an increase in serum free T4 concentrations.

Metabolic side effects including metabolic acidosis have been reported following a massive overdose of acetaminophen.[Ref]

Musculoskeletal side effects of aspirin have included rhabdomyolysis.[Ref]

Central nervous system side effects of aspirin have included agitation, cerebral edema, coma, confusion, dizziness, headache, cranial hemorrhage, lethargy and seizures. Tinnitus and subjective hearing loss (or both) may occur. Some investigators have reported that modest doses may result in decreased frequency selectivity and may therefore impair hearing performance, particularly in the setting of background noise.[Ref]

Some investigators have suggested that tinnitus may be a less reliable indicator of salicylate toxicity than previously believed. Patients with high frequency hearing loss may have difficulty perceiving tinnitus. In a study of rheumatoid arthritis patients, those with tinnitus had no greater salicylate levels than those without tinnitus. Elderly patients may be less likely to perceive tinnitus than younger patients.[Ref]

Ocular side effects of aspirin have included cases of localized periorbital edema.[Ref]

Oncologic side effects of aspirin have included reports of pancreatic cancer. Several epidemiologic studies have suggested that chronic aspirin use may decrease the risk of large bowel neoplasms. However, other studies have not found such a beneficial effect.[Ref]

Other side effects of aspirin have included Reye's syndrome with use in children with an acute viral illness. Reye's syndrome has also been reported even more rarely in adults.[Ref]

Reye's syndrome, following use of aspirin, typically involves vomiting, neurologic dysfunction, and hepatic dysfunction during or shortly after an acute viral infection.[Ref]

The mechanism of an aspirin- induced decrease in renal function may be related to inhibition of renal prostaglandin synthesis with consequent decreases in renal blood flow. Vasodilating renal prostaglandins may be particularly important in patients who exhibit arterial underfilling (i.e., heart failure, cirrhosis). The administration of high doses of NSAIDs to such patients has produced acute renal failure in rare instances.

Acute tubular necrosis usually occurs in conjunction with liver failure, but has been observed as an isolated finding in rare cases. A possible increase in the risk of renal cell carcinoma has been associated with chronic acetaminophen use as well.

However, a recent cohort study of analgesia use of initially healthy men concluded that moderate use of analgesics including acetaminophen was not associated with increased risk of renal disease.[Ref]

Renal side effects of acetaminophen are rare and have included acute renal failure, acute tubular necrosis, and interstitial nephritis. Adverse renal effects are most often observed after overdose, after chronic abuse (often with multiple analgesics), or in association with acetaminophen- related hepatotoxicity.[Ref]

Respiratory side effects of aspirin have included hyperpnea, pulmonary edema, and tachypnea.

Respiratory side effects including a case of acetaminophen- induced eosinophilic pneumonia have been reported.[Ref]

Aspirin desensitization has been used to decrease disease activity and reduce the need for systemic corticosteroids in patients with aspirin- exacerbated respiratory disease.[Ref]

37. Mehta S, Dasarathy S, Tandon RK, Mathur M, Malaviya AN "A prospective randomized study of the injurious effects of aspirin and naproxen on the gastroduodenal mucosa in patients with rheumatoid arthritis." Am J Gastroenterol 87 (1992): 996-1000

56. Analysis of Reports to the Spontaneous Reporting System of the Gruppo Italiano Studi Epidemiiologici in Dermatologia. "Cutaneous reactions to analgesic-antipyretics and nonsteroidal anti- inflammatory drugs." Dermatology 186 (1993): 164-9

74. Bonkovsky HL, Kane RE, Jones DP, Galinsky RE, Banner B "Acute hepatic and renal toxicity from low doses of acetaminophen in the absence of alcohol abuse or malnutrition - evidence for increased susceptibility to drug toxicity due to cardiopulmonary and renal insufficiency." Hepatology 19 (1994): 1141-8 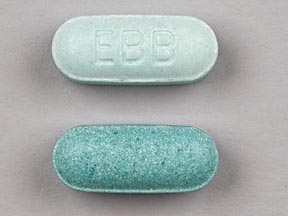