Acute dystonia and/or dyskinesia typically were transitory, occurring more frequently in children and young adults within the first 4 days of treatment or after dose changes.

Akathisia usually occurred after patients were given large initial doses.

Autonomic dysfunction occurred as a symptom of neuroleptic malignant syndrome.

Convulsive seizures have occurred more frequently in patients with a history of seizures and/or with EEG abnormalities.

Momentary fainting occurred most commonly in patients after the first injection, with a lower frequency of occurrence in subsequent injections; patients given oral formulations rarely fainted after the initial dose.

Parkinsonism more commonly occurred in adults and elderly patients after weeks to months of treatment.

Sedation and somnolence occurred more frequently at the start of treatment.[Ref]

Altered consciousness occurred as a symptom of neuroleptic malignant syndrome.[Ref]

Accommodation disorder was related to anticholinergic effects of this drug.

Eye deposits occurred in the anterior segment of the eye from drug accumulation; however, the deposits usually did not have impact on sight.[Ref]

Urinary retention was linked to anticholinergic effects of this drug.[Ref]

Orthostatic hypotension occurred more frequently in elderly and/or volume depleted patients, and was more likely to occur with IM administration.

Sudden cardiac death may be related to causes of cardiac origin.[Ref]

Hyperthermia occurred as a symptom of neuroleptic malignant syndrome.

Sudden death may be related to causes of cardiac origin, asphyxia, convulsions, or hyperpyrexia.[Ref]

Contact sensitization has occurred in individuals who frequently handled this drug.[Ref]

Rigidity occurred as a symptom of neuroleptic malignant syndrome.[Ref] 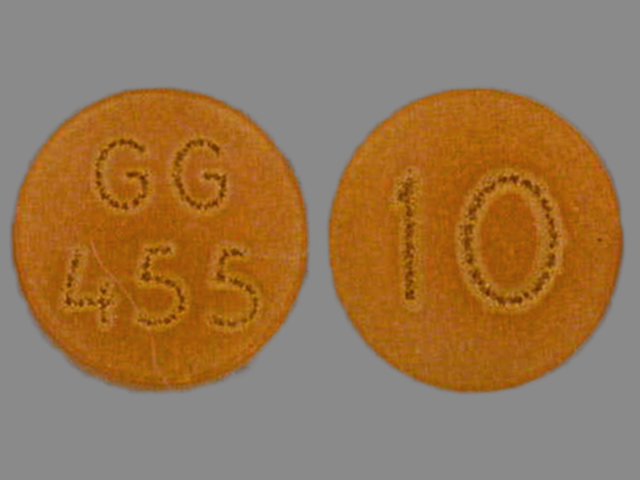