Commonly reported side effects of bromocriptine include: symptomatic hypotension. See below for a comprehensive list of adverse effects.

Along with its needed effects, bromocriptine may cause some unwanted effects. Although not all of these side effects may occur, if they do occur they may need medical attention.

Check with your doctor immediately if any of the following side effects occur while taking bromocriptine:

Some side effects of bromocriptine may occur that usually do not need medical attention. These side effects may go away during treatment as your body adjusts to the medicine. Also, your health care professional may be able to tell you about ways to prevent or reduce some of these side effects.

The incidence of adverse reactions with this drug are high, but generally mild to moderate in degree. The most commonly reported adverse reactions have included nausea, headache, dizziness, vomiting, and fatigue.[Ref]

Retroperitoneal fibrosis has been reported in a few patients receiving this drug in doses ranging from 30 to 140 mg/day for 2 to 10 years.[Ref]

Symptomatic hypotension has been reported in patients receiving this drug for any indication. Syncope and symptomatic hypotension (decreases in supine systolic and diastolic pressures of greater than 20 mm and 10 mm Hg, respectively) have been reported in approximately 30% of postpartum patients. Rare cases of serious adverse events including hypertension, myocardial infarction, seizures, and strokes, have been reported in postpartum women. Patients experiencing seizures and/or strokes have reported developing a continuous headache, often progressively severe, hours to days prior to the acute event. In addition, visual disturbances (blurred vision and transient cortical blindness) have been reported to also precede stroke and/or seizure events.

Type 2 diabetes mellitus trials: Syncope was reported in 1.5% of patients; the cause of syncope was not known in all cases. In a 52-week safety trial in which all serious adverse events and cardiovascular endpoints were adjudicated, serious adverse events occurred in 8.5% of drug treated patients compared with 9.6% of placebo patients. The composite cardiovascular endpoint occurred in 31 (1.5%) drug-treated patients and 30 (3%) placebo patients.

Fibrotic complications including cases of retroperitoneal fibrosis, pulmonary fibrosis, pleural effusion, pleural thickening, pericarditis, and pericardial effusions have been reported during postmarketing period. These reports have been more commonly received in patients on long-term and high-dose treatment.[Ref]

A few cases of cerebrospinal fluid rhinorrhea have been reported in patients with large prolactinomas who have received previous transsphenoidal surgery, pituitary radiation, or both. It may also occur in previously untreated patients whose tumor extends into the sphenoid sinus.[Ref]

Fibrotic complications including cases of retroperitoneal fibrosis, pulmonary fibrosis, pleural effusion, pleural thickening, pericarditis, and pericardial effusions have been reported during postmarketing approval use of this drug. These reports have been more commonly received in patients on long-term and high-dose treatment.[Ref] 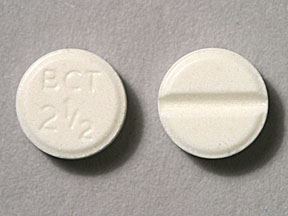