Metronidazole Topical Cream contains metronidazole, USP, at a concentration of 7.5 mg per gram (0.75%) in an emollient cream consisting of emulsifying wax, sorbitol solution, glycerin, isopropyl palmitate, benzyl alcohol, lactic acid and/or sodium hydroxide to adjust pH, and purified water. Metronidazole is a member of the imidazole class of antibacterial agents and is classified therapeutically as an antiprotozoal and antibacterial agent. Chemically, metronidazole is 2-methyl-5-nitro-1 H-imidazole-1-ethanol. The molecular formula is C 6H 9N 3O 3 and molecular weight is 171.16. Metronidazole is represented by the following structural formula: 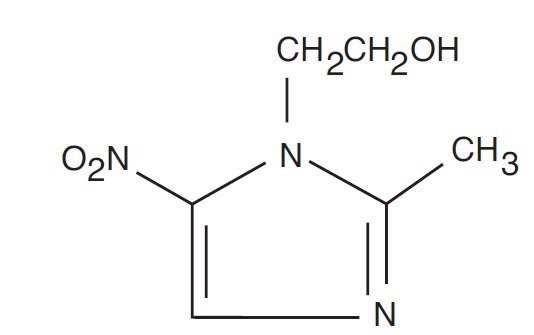 Indications and Usage for Metronidazole Cream

Metronidazole Topical Cream is indicated for topical application in the treatment of inflammatory papules and pustules of rosacea.

Metronidazole Topical Cream is contraindicated in individuals with a history of hypersensitivity to metronidazole, or other ingredients of the formulation.

Topical metronidazole has been reported to cause tearing of the eyes. Therefore, contact with the eyes should be avoided. If a reaction suggesting local irritation occurs, patients should be directed to use the medication less frequently or discontinue use. Metronidazole is a nitroimidazole and should be used with care in patients with evidence of, or history of blood dyscrasia.

This medication is to be used as directed by the physician. It is for external use only. Avoid contact with the eyes.

Metronidazole has shown evidence of mutagenic activity in several in vitro bacterial assay systems. In addition, a dose-response increase in the frequency of micronuclei was observed in mice after intraperitoneal injections and an increase in chromosome aberrations have been reported in patients with Crohn’s disease who were treated with 200-1200 mg/day of metronidazole for 1 to 24 months. However, no excess chromosomal aberrations in circulating human lymphocytes have been observed in patients treated for 8 months.

There are no adequate and well-controlled studies with the use of Metronidazole Topical Cream in pregnant women. Metronidazole crosses the placental barrier and enters the fetal circulation rapidly. No fetotoxicity was observed after oral metronidazole in rats or mice. However, because animal reproduction studies are not always predictive of human response and since oral metronidazole has been shown to be a carcinogen in some rodents, this drug should be used during pregnancy only if clearly needed.

In controlled clinical trials, the total incidence of adverse reactions associated with the use of Metronidazole Topical Cream was approximately 10%. Skin discomfort (burning and stinging) was the most frequently reported event followed by erythema, skin irritation, pruritus and worsening of rosacea. All individual events occurred in less than 3% of patients. The following additional adverse experiences have been reported with the topical use of metronidazole: dryness, transient redness, metallic taste, tingling or numbness of extremities and nausea.

Apply and rub in a thin layer of Metronidazole Topical Cream twice daily, morning and evening, to entire affected areas after washing.

Areas to be treated should be washed with a mild cleanser before application. Patients may use cosmetics after application of Metronidazole Topical Cream.

How is Metronidazole Cream Supplied

FOR TOPICAL USE ONLY. NOT FOR OPHTHALMIC USE. 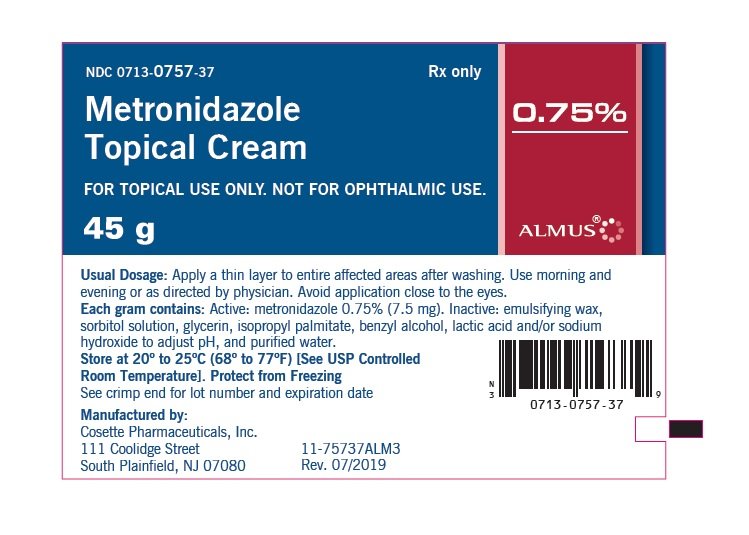 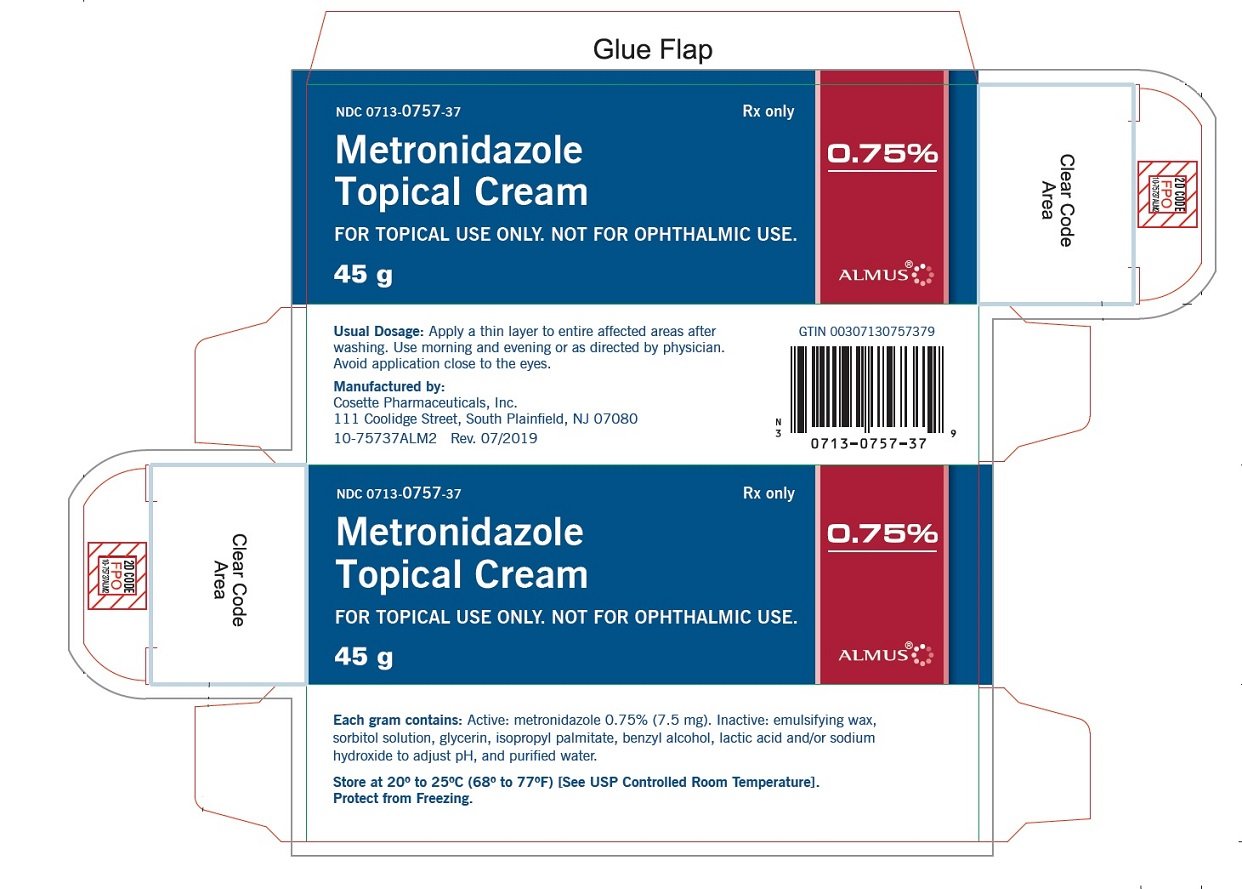