Econazole Nitrate Cream 1% contains the antifungal agent, econazole nitrate 1% in a water miscible base consisting of pegoxol 7 stearate, peglicol 5 oleate, mineral oil, benzoic acid, butylated hydroxyanisole, and purified water. The white to off-white soft cream is for topical use only.

Chemically, econazole nitrate is 1-[2-{(4-chloro-phenyl) methoxy}-2-(2,4-dichlorophenyl)ethyl]-1H-imidazole mononitrate. Its structure is as follows: 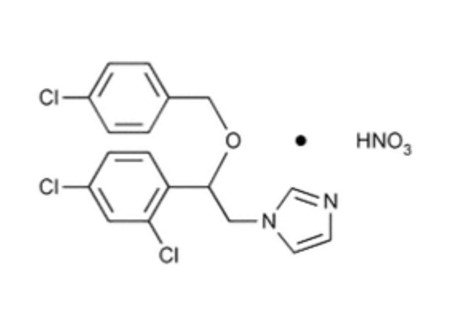 After topical application to the skin of normal subjects, systemic absorption of econazole nitrate is extremely low. Although most of the applied drug remains on the skin surface, drug concentrations were found in the stratum corneum which, by far, exceeded the minimum inhibitory concentration for dermatophytes. Inhibitory concentrations were achieved in the epidermis and as deep as the middle region of the dermis. Less than 1% of the applied dose was recovered in the urine and feces.

Econazole nitrate has been shown to be active against most strains of the following microorganisms,
both in vitro and in clinical infections as described in the INDICATIONS AND USAGE section.

ECONAZOLE NITRATE CREAM 1% is contraindicated in individuals who have shown hypersensitivity to any of its ingredients.

ECONAZOLE NITRATE CREAM 1% is not for ophthalmic use.

General
If a reaction suggesting sensitivity or chemical irritation should occur, use of the medication should be discontinued.
For external use only.

Avoid introduction of ECONAZOLE NITRATE CREAM 1% into the eyes.

Carcinogenicity Studies
Long-term animal studies to determine carcinogenic potential have not been performed.

Pregnancy
Pregnancy Category C
Econazole nitrate has not been shown to be teratogenic when administered orally to mice, rabbits or rats. Fetotoxic or embryotoxic effects were observed in Segment I oral studies with rats receiving 10 to 40 times the human dermal dose. Similar effects were observed in Segment II or Segment III studies with mice, rabbits and/or rats receiving oral doses 80 or 40 times the human dermal dose. Econazole nitrate should be used in the first trimester of pregnancy only when the physician considers it essential to the welfare of the patient. The drug should be used during the second and third trimesters of pregnancy only if clearly needed.

Nursing Mothers
It is not known whether econazole nitrate is excreted in human milk. Following oral administration of econazole nitrate to lactating rats, econazole and/or metabolites were excreted in milk and were found in nursing pups. Also, in lactating rats receiving large oral doses (40 or 80 times the human dermal dose), there was a reduction in post partum viability of pups and survival to weaning; however, at these high doses, maternal toxicity was present and may have been a contributing factor. Caution should be exercised when econazole nitrate is administered to a nursing woman.

During clinical trials, approximately 3% of patients treated with econazole nitrate 1% cream reported side effects thought possibly to be due to the drug, consisting mainly of burning, itching, stinging, and erythema. One case of pruritic rash has also been reported.

Sufficient ECONAZOLE NITRATE CREAM 1% should be applied to cover affected areas once daily in patients with tinea pedis, tinea cruris, tinea corporis, and tinea versicolor, and twice daily (morning and evening) in patients with cutaneous candidiasis. Early relief of symptoms is experienced by the majority of patients and clinical improvement may be seen fairly soon after treatment is begun; however, candidal infections and tinea cruris and corporis should be treated for two weeks and tinea pedis for one month in order to reduce the possibility of recurrence. If a patient shows no clinical improvement after the treatment period, the diagnosis should be redetermined. Patients with tinea versicolor usually exhibit clinical and mycological clearing after two weeks of treatment.

ECONAZOLE NITRATE CREAM 1% is supplied in tubes of 30 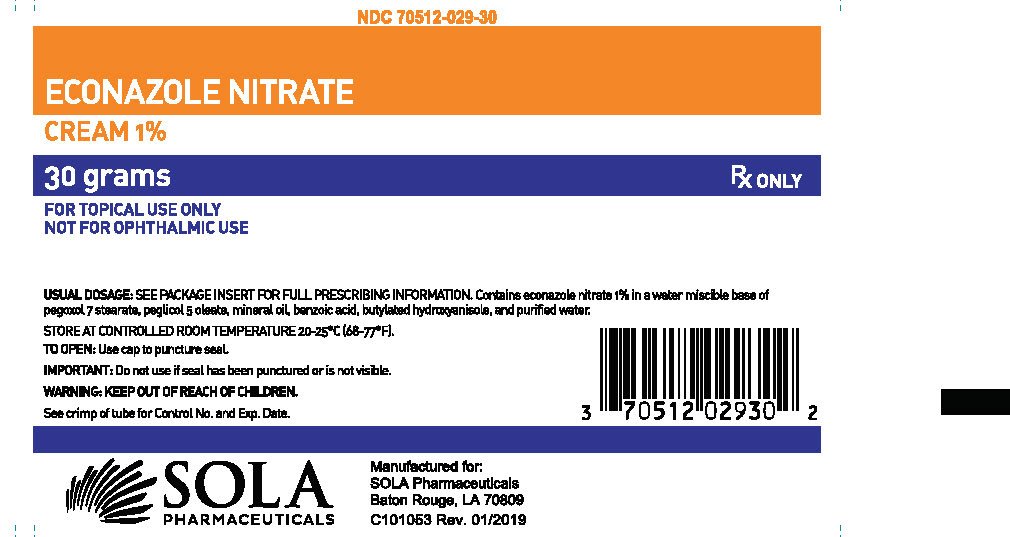 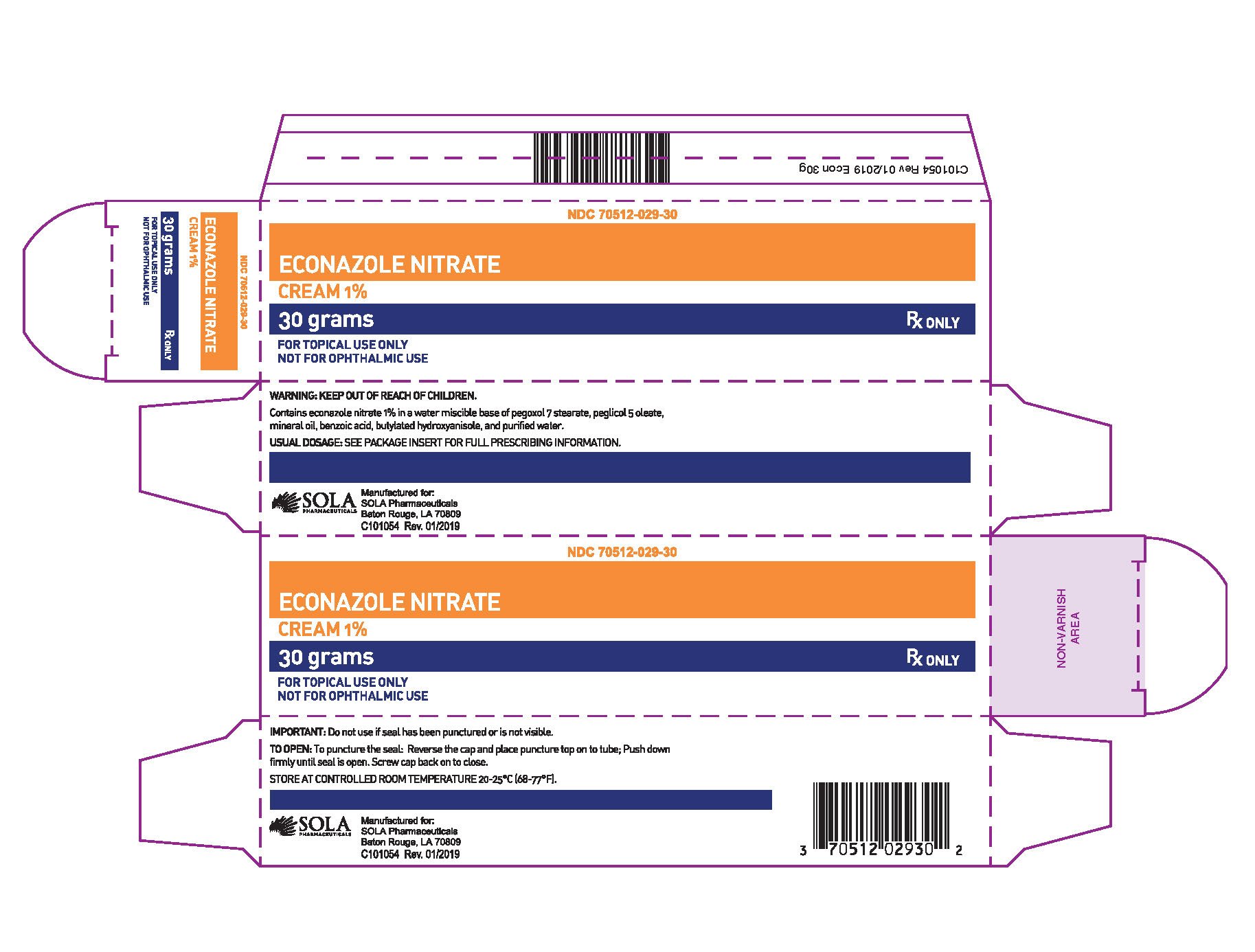