Used as an adjunct to diet and exercise to improve glycemic control in patients with type 2 diabetes mellitus.

Also has been used in combination with metformin and/or other antidiabetic agents for the management of type 2 diabetes mellitus.

Glinides (e.g., nateglinide, repaglinide) generally not preferred as second-line therapy by some experts after failure of metformin monotherapy because of their lower effectiveness and comparatively limited clinical data; however, may be appropriate choices in selected patients.

Current guidelines for the treatment of type 2 diabetes mellitus generally recommend metformin as first-line therapy in addition to lifestyle modifications in patients with recent-onset type 2 diabetes mellitus or mild hyperglycemia because of its well-established safety and efficacy (e.g., beneficial effects on glycosylated hemoglobin [hemoglobin A1c; HbA1c], weight, and cardiovascular mortality).

May need to initiate therapy with 2 agents (e.g., metformin plus another drug) in patients with high initial HbA1c (>7.5% or ≥1.5% above target). In such patients with metformin intolerance, some experts suggest initiation of therapy with 2 drugs with complementary mechanisms of action from other antidiabetic drug classes.

Consider early initiation of combination therapy for the treatment of type 2 diabetes mellitus to extend the time to treatment failure and more rapidly attain glycemic goals.

Should not be used in patients with type 1 diabetes mellitus or for the treatment of diabetic ketoacidosis.

Generally, instruct patients to take within 30 minutes before meals. Administration with food may affect extent of absorption. (See Food under Pharmacokinetics.)

If a meal is skipped or added, skip or add a dose, respectively, for that meal.

Initially, 0.5 mg (the minimum effective dosage) preprandially 2–4 times daily (depending on meal patterns) in patients not previously treated with oral antidiabetic agents or in those who have relatively good glycemic control (i.e., glycosylated hemoglobin <8%).

Patients with glycosylated hemoglobin ≥8% despite treatment with other oral antidiabetic agents: Initially, 1 or 2 mg with or preceding each meal.

Approximately 90% of maximal glucose-lowering effect is achieved with dosage of 1 mg 3 times daily.

May double dosage at no less than weekly intervals until desired fasting blood glucose concentration (e.g., 80–140 mg/dL with infrequent hypoglycemic episodes) is achieved or maximum daily dosage of 16 mg (e.g., 4 mg four times daily depending on meal patterns) is attained.

Safety and efficacy of higher dosages (8–20 mg 3–4 times daily before meals) not established.

Mild to moderate renal dysfunction: No adjustment in initial dosage necessary. May administer usual initial dosage but use caution with subsequent dosage increases.

Use not established in patients with Clcr <20 mL/minute or those with renal failure requiring hemodialysis.

With concomitant cyclosporine, do not exceed total daily repaglinide dosage of 6 mg. (See Specific Drugs and Foods under Interactions.)

Potential for hypoglycemia. Debilitated, malnourished, or geriatric patients and those with hepatic or severe renal impairment or adrenal or pituitary insufficiency may be particularly susceptible. Strenuous exercise, alcohol ingestion, insufficient caloric intake, or use in combination with other antidiabetic agents may increase risk.

Hypoglycemia may be difficult to recognize in geriatric patients or in those receiving β-adrenergic blocking agents. Increased risk of serious hypoglycemia in patients with hepatic failure, who may have reduced clearance of repaglinide and diminished gluconeogenic capacity.

The manufacturer states that there have been no clinical studies establishing conclusive evidence of macrovascular risk reduction with repaglinide.

Limited data suggest no apparent drug-associated risk of major birth defects, miscarriage, or adverse maternal or fetal outcomes with repaglinide use during pregnancy. Abnormal maternal blood glucose concentrations during pregnancy may be associated with a higher incidence of congenital abnormalities.

Most experts recommend use of insulin during pregnancy.

Discontinue nursing or the drug.

Safety and efficacy of repaglinide in children <18 years of age not established. However, the American Diabetes Association (ADA) states that most pediatric diabetologists use oral antidiabetic agents in children with type 2 diabetes mellitus because of greater patient compliance and convenience for the patient’s family.

Safety and efficacy appear to be similar in geriatric and younger patients except for the expected age-related increase in cardiovascular morbidity observed with repaglinide and other comparative oral antidiabetic agents. (See Absorption: Special Populations under Pharmacokinetics.) No increase in frequency and severity of hypoglycemia in geriatric versus younger patients receiving repaglinide.

Metabolized by CYP3A4 and CYP2C8 to inactive metabolites.

Appears to be a substrate for organic anion-transporting protein (OATP) 1B1.

Observe patient for evidence of hypoglycemia or loss of glycemic control when other protein-bound drugs are initiated or withdrawn, respectively, in patients receiving repaglinide.

Plasma insulin concentrations remain elevated for 4 hours after each meal in patients with type 2 diabetes mellitus; return toward premeal concentrations between meals and at bedtime.

Food may delay and reduce the extent of GI absorption. Administration with a high-fat meal slightly reduces peak plasma concentration and AUC but not time to peak concentration; reduction not clinically important.

Greater systemic exposure (as determined by peak plasma concentrations and AUCs) to repaglinide in patients with hepatic impairment.

Distributes into milk in rats; not known whether distributed into human milk.

Rapidly metabolized by CYP3A4 and CYP2C8 to inactive metabolites.

Extensively metabolized in liver and excreted into bile and feces (90%) as metabolites.

Does not appear to be removed by hemodialysis.

In patients with hepatic impairment, elimination of unbound repaglinide reduced compared with that in healthy individuals.

Well-closed containers at ≤25°C; protect from moisture. Stable for at least 12 months in the original container at 25°C and 60% relative humidity. 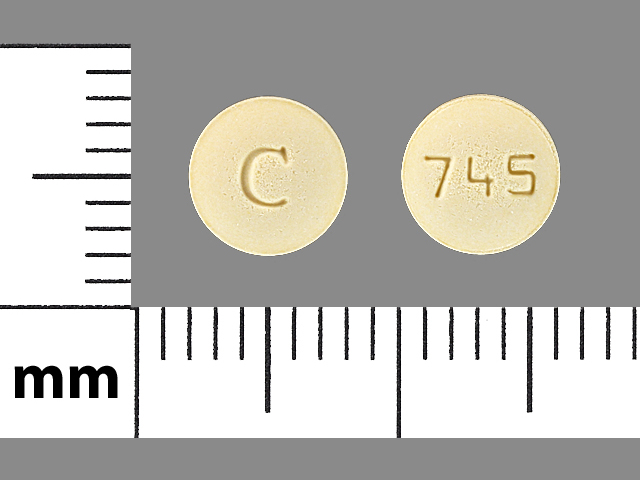