Effective in both inpatient or outpatient setting.

Administer twice daily without regard to meals.

Available as nefazodone hydrochloride; dosage expressed in terms of the salt.

Initially, 100 mg twice daily. Dosages may be increased by increments of 100–200 mg daily at intervals of not less than 1 week.

Initially, 50 mg twice daily. Subsequent dosage adjustments should be made in smaller increments and at longer intervals than in younger patients.

Hepatic failure resulting in death or liver transplantation reported; incidence estimated to be approximately 3–4 times that in the general population.

Time to hepatic injury in patients who develop hepatic failure resulting in transplantation or death is 2 weeks to 6 months.

Prodromal symptoms (e.g., anorexia, malaise, other GI symptoms) or dark urine may or may not occur before onset of jaundice.

Early detection of hepatic injury and immediate withdrawal of nefazodone is believed to enhance likelihood of recovery.

Discontinue in patients with signs and symptoms suggestive of liver failure.

Discontinue and do not reinitiate in patients with signs of hepatocellular injury (i.e., ALT or AST concentrations ≥3 times the ULN).

Appropriately monitor and closely observe patients receiving nefazodone for any reason, particularly during initiation of therapy (i.e., the first few months) and during periods of dosage adjustments. (See Boxed Warning and also see Pediatric Use under Cautions.)

May unmask bipolar disorder. (See Activation of Mania or Hypomania under Cautions.)

May enhance effects of some benzodiazepines. Use with caution; dosage modifications recommended. (See Specific Drugs under Interactions.)

Concomitant use with certain nonsedating antihistamines (astemizole, terfenadine [no longer commercially available in the US]), cisapride, or pimozide may result in serious and/or life-threatening cardiac events due to possible effects of nefazodone on hepatic metabolism of the drugs. (See Contraindications under Cautions.)

Not systematically evaluated in patients with a recent history of MI or unstable heart disease.

Caution in patients with known cardiovascular or cerebrovascular disease that could be exacerbated by hypotension (e.g., history of angina, MI, or ischemic stroke) and conditions that would predispose patients to hypotension (e.g., concomitant use of antihypertensive drugs, dehydration, hypovolemia).

Risk of seizures; use with caution in patients with a history of seizures.

Discontinue immediately and consult a clinician if prolonged or inappropriate erections occur. Consult a urologist for appropriate management if priapism persists for >24 hours.

Ensure accuracy of prescription; similarity in spelling of Serzone (the former trade name for nefazodone) and Seroquel (the trade name for quetiapine, an antipsychotic agent) may result in errors.

Effects of concomitant use with ECT have not been systematically evaluated.

Not known whether nefazodone is distributed into milk; caution advised.

Carefully consider these findings when assessing potential benefits and risks of nefazodone in a child or adolescent for any clinical use. (See Worsening of Depression and Suicidality Risk under Cautions.)

No substantial differences in safety relative to younger adults, but increased sensitivity cannot be ruled out. Dosage adjustment advised. (See Special Populations under Dosage and Administration.)

Inhibits CYP3A4 and, to a lesser extent, CYP2D6. Does not inhibit CYP1A2.

Pharmacokinetic interaction likely with drugs that are inhibitors, inducers, or substrates of CYP3A4 with possible alteration in the metabolism of nefazodone and/or other drug.

Completely and rapidly absorbed from the GI tract; undergoes extensive first-pass metabolism, which results in an oral bioavailability of approximately 20%. Peak plasma concentrations achieved within 1 hour.

Food delays the absorption and decreases the bioavailability by approximately 20%.

Widely distributed in body tissues, including the CNS. 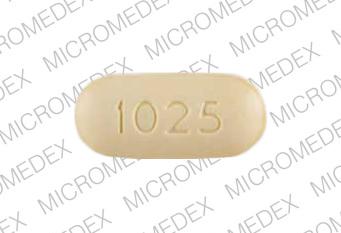