Management of hypertension (alone or in combination with other classes of antihypertensive agents).

Angiotensin II receptor antagonists are recommended as one of several preferred agents for the initial management of hypertension according to current evidence-based hypertension guidelines; other options include ACE inhibitors, calcium-channel blockers, and thiazide diuretics. While there may be individual differences with respect to recommendations for initial drug selection and use in specific patient populations, current evidence indicates that these antihypertensive drug classes all generally produce comparable effects on overall mortality and cardiovascular, cerebrovascular, and renal outcomes.

Individuals with SBP and DBP in 2 different categories (e.g., elevated SBP and normal DBP) should be designated as being in the higher BP category (i.e., elevated BP).

The goal of hypertension management and prevention is to achieve and maintain optimal control of BP. However, the BP thresholds used to define hypertension, the optimum BP threshold at which to initiate antihypertensive drug therapy, and the ideal target BP values remain controversial.

The 2017 ACC/AHA hypertension guideline generally recommends a target BP goal (i.e., BP to achieve with drug therapy and/or nonpharmacologic intervention) <130/80 mm Hg in all adults regardless of comorbidities or level of atherosclerotic cardiovascular disease (ASCVD) risk. In addition, an SBP goal of <130 mm Hg is recommended for noninstitutionalized ambulatory patients ≥65 years of age with an average SBP of ≥130 mm Hg. These BP goals are based upon clinical studies demonstrating continuing reduction of cardiovascular risk at progressively lower levels of SBP.

Previous hypertension guidelines generally have based target BP goals on age and comorbidities. Guidelines such as those issued by the JNC 8 expert panel generally have targeted a BP goal of <140/90 mm Hg regardless of cardiovascular risk and have used higher BP thresholds and target BPs in elderly patients compared with those recommended by the 2017 ACC/AHA hypertension guideline.

Some clinicians continue to support previous target BPs recommended by JNC 8 due to concerns about the lack of generalizability of data from some clinical trials (e.g., SPRINT study) used to support the current ACC/AHA hypertension guideline and potential harms (e.g., adverse drug effects, costs of therapy) versus benefits of BP lowering in patients at lower risk of cardiovascular disease.

Consider potential benefits of hypertension management and drug cost, adverse effects, and risks associated with the use of multiple antihypertensive drugs when deciding a patient’s BP treatment goal.

For decisions regarding when to initiate drug therapy (BP threshold), the 2017 ACC/AHA hypertension guideline incorporates underlying cardiovascular risk factors. ASCVD risk assessment recommended by ACC/AHA for all adults with hypertension.

ACC/AHA currently recommend initiation of antihypertensive drug therapy in addition to lifestyle/behavioral modifications at an SBP ≥140 mm Hg or DBP ≥90 mm Hg in adults who have no history of cardiovascular disease (i.e., primary prevention) and a low ASCVD risk (10-year risk <10%).

For secondary prevention in adults with known cardiovascular disease or for primary prevention in those at higher risk for ASCVD (10-year risk ≥10%), ACC/AHA recommend initiation of antihypertensive drug therapy at an average SBP ≥130 mm Hg or an average DBP ≥80 mm Hg.

Adults with hypertension and diabetes mellitus, chronic kidney disease (CKD), or age ≥65 years are assumed to be at high risk for cardiovascular disease; ACC/AHA state that such patients should have antihypertensive drug therapy initiated at a BP ≥130/80 mm Hg.

In stage 1 hypertension, experts state that it is reasonable to initiate drug therapy using the stepped-care approach in which one drug is initiated and titrated and other drugs are added sequentially to achieve the target BP. Initiation of antihypertensive therapy with 2 first-line agents from different pharmacologic classes recommended in adults with stage 2 hypertension and average BP >20/10 mm Hg above BP goal.

Black hypertensive patients generally tend to respond better to monotherapy with calcium-channel blockers or thiazide diuretics than to angiotensin II receptor antagonists. However, the combination of an ACE inhibitor or an angiotensin II receptor antagonist with a calcium-channel blocker or thiazide diuretic produces similar BP lowering in black patients as in other racial groups.

Angiotensin II receptor antagonists or ACE inhibitors may be particularly useful in hypertensive patients with diabetes mellitus or CKD; angiotensin II receptor antagonists also may be preferred, as an alternative to ACE inhibitors, in hypertensive patients with heart failure or ischemic heart disease and/or post-MI.

A recommended agent in the management of patients with diabetes mellitus and persistent albuminuria who have modestly elevated (30–300 mg/24 hours) or higher (>300 mg/24 hours) levels of urinary albumin excretion; slows rate of progression of renal disease in such patients.

Angiotensin II receptor antagonists have been used in the management of heart failure†.

Because of their established benefits, ACE inhibitors have been the preferred drugs for inhibition of the renin-angiotensin-aldosterone (RAA) system in patients with heart failure and reduced left ventricular ejection fraction (LVEF); however, some evidence indicates that therapy with an ACE inhibitor (enalapril) may be less effective than angiotensin receptor-neprilysin inhibitor (ARNI) therapy (e.g., sacubitril/valsartan) in reducing cardiovascular death and heart failure-related hospitalization.

Angiotensin II receptor antagonists may be used as an alternative for those patients in whom an ACE inhibitor or ARNI is inappropriate.

ACCF, AHA, and the Heart Failure Society of America (HFSA) recommend that patients with chronic symptomatic heart failure and reduced LVEF (NYHA class II or III) who are able to tolerate an ACE inhibitor or angiotensin II receptor antagonist be switched to therapy containing an ARNI to further reduce morbidity and mortality.

Children 6–12 years of age: Initially, 75 mg once daily recommended by experts; dosage may be increased every 2–4 weeks until BP controlled, maximum dosage reached (150 mg once daily), or adverse effects occur.

Children ≥13 years of age: Initially, 150 mg once daily recommended by experts; dosage may be increased every 2–4 weeks until BP controlled, maximum dosage reached (300 mg once daily), or adverse effects occur.

Usual dosage: 150–300 mg once daily; no additional therapeutic benefit with higher dosages or with twice-daily dosing.

Manufacturer states fixed-combination preparation can be used for initial treatment of hypertension in patients who are likely to need multiple drugs to achieve their BP goals. Consider potential benefits and risks of initiating therapy with the fixed combination.

Initial dosage of 75 mg once daily used in clinical trial. Increase dosage to target maintenance dosage of 300 mg once daily. No data available on effects of lower dosages.

Correct volume and/or salt depletion prior to initiation of therapy or initiate therapy using lower initial dosage (75 mg once daily). Fixed-combination tablets containing irbesartan and hydrochlorothiazide are not recommended as initial therapy in patients with intravascular volume depletion.

Discontinue irbesartan as soon as possible when pregnancy is detected, unless continued use is considered lifesaving. Nearly all women can be transferred successfully to alternative therapy for the remainder of their pregnancy.

Anaphylactoid reactions and/or angioedema possible; not recommended in patients with a history of angioedema associated with or unrelated to ACE inhibitor or angiotensin II receptor antagonist therapy.

Transient hypotension is not a contraindication to additional doses; may reinstate therapy cautiously after BP is stabilized (e.g., with volume expansion).

Increases in BUN and Scr possible in patients with renal artery stenosis, CKD, or volume depletion.

May cause fetal and neonatal morbidity and mortality when administered to a pregnant woman. Discontinue as soon as possible when pregnancy is detected. (See Fetal/Neonatal Morbidity and Mortality under Cautions.)

If oliguria or hypotension occurs in neonates with a history of in utero exposure to irbesartan, support BP and renal function; exchange transfusions or dialysis may be required. (See Fetal/Neonatal Morbidity and Mortality under Cautions.)

Dosages of up to 4.5 mg/kg once daily did not appear to effectively lower BP in pediatric patients 6–16 years of age. Not studied in children <6 years of age.

Safety and efficacy of the fixed-combination preparation containing irbesartan and hydrochlorothiazide not established.

No substantial differences in safety or efficacy of irbesartan monotherapy or fixed-combination containing irbesartan and hydrochlorothiazide relative to younger adults, but increased sensitivity cannot be ruled out.

Use of irbesartan in fixed combination with hydrochlorothiazide is not recommended in patients with severe renal impairment.

BP reduction may be smaller in black patients than in patients of other races. (See Hypertension under Uses.)

Food does not affect bioavailability.

Crosses the placenta and is distributed in the fetus in animals.

Crosses the blood-brain barrier poorly, if at all, in animals.

Eliminated in urine and feces (via bile). 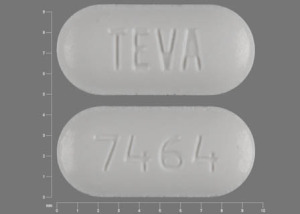