Has been used in fixed combination with chlordiazepoxide in the management of depression associated with moderate to severe anxiety.

Management of moderate to severe anxiety and/or agitation (in fixed combination with perphenazine) in patients with depressed mood.

Management of severe anxiety and/or agitation (in fixed combination with perphenazine) in patients with depression.

Management of depression and anxiety (in fixed combination with perphenazine) in association with chronic physical disease.

Management of acute depressive episodes (in fixed combination with perphenazine) in patients with schizophrenia.

Second-line agent in attention deficit hyperactivity disorder† (ADHD) patients unable to tolerate or unresponsive to stimulants; should be used only under close supervision.

Associated with a narrower margin of safety than some other therapeutic agents; use only if clearly indicated and with careful monitoring, including baseline and subsequent determinations of ECG and other parameters.

Medium to high efficacy for prophylaxis of migraine headache†.

Equivocal efficacy for management of eating disorders† (e.g., bulimia†, anorexia nervosa†); avoid use in underweight individuals and in those exhibiting suicidal ideation.

Has been used for the short-term management of acute depressive episodes in bipolar disorder†.

TCAs associated with a greater risk of precipitating hypomania or manic episodes than other classes of antidepressants; should always be used in combination with a mood stabilizer (e.g., lithium).

Among the drugs of choice for the symptomatic treatment of postherpetic neuralgia†.

Administer in up to 4 divided doses or as a single daily dose at bedtime to avoid daytime sedation.

Available as amitriptyline hydrochloride (alone and in fixed combination with perphenazine or chlordiazepoxide); dosage is expressed in terms of the salt.

Maximum daily dosages of perphenazine and amitriptyline hydrochloride not to exceed 16 and 200 mg, respectively.

Initially, 75 mg daily in divided doses or 50–100 mg once daily at bedtime. Increase dosages in 25- or 50-mg increments until maximal therapeutic effect with minimal toxicity is achieved or up to a maximum dosage of 150 mg daily.

Usual maintenance dosage: 50–100 mg daily, administered as a single daily dose, preferably at bedtime. For some patients, 25–40 mg daily may be sufficient. Continue therapy for at least 3 months to prevent relapse.

Alternatively, in patients who do not tolerate larger dosages, initial dosage of amitriptyline hydrochloride 37.5 or 50 mg daily (in fixed combination with chlordiazepoxide 15 or 20 mg daily, respectively) in divided doses.

For some patients, amitriptyline hydrochloride 50 mg daily (in fixed combination with chlordiazepoxide 20 mg daily) in divided doses may be adequate.

Maximum daily dosage of perphenazine and amitriptyline hydrochloride not to exceed 16 and 200 mg, respectively.

Initially, 2 tablets of amitriptyline hydrochloride 25 mg (in fixed combination with perphenazine 4 mg) 3 times daily. If needed, a fourth dose may be given at bedtime.

Maximum daily dosage of perphenazine and amitriptyline hydrochloride not to exceed 16 and 200 mg, respectively.

Maximum 16 and 200 mg daily of perphenazine and amitriptyline hydrochloride, respectively.

Maximum 16 and 200 mg daily of perphenazine and amitriptyline hydrochloride, respectively.

When used in fixed combination with chlordiazepoxide, select initial dosages at the lower end of the usual ranges and gradually increase dosages if needed and tolerated.

When used in fixed combination with perphenazine, an oral dosage of 10 mg of amitriptyline hydrochloride and 4 mg of perphenazine 3 or 4 times daily is recommended initially. Subsequent dosage adjustments may be made as necessary.

Appropriately monitor and closely observe patients receiving amitriptyline for any reason, particularly during initiation of therapy (i.e., the first few months) and during periods of dosage adjustments. (See Boxed Warning and also see Pediatric Use under Cautions.)

May unmask bipolar disorder. (See Activation of Mania or Hypomania under Cautions.) Amitriptyline is not approved for use in treating bipolar depression.

May block hypotensive actions of guanethidine and similar agents.

May enhance effects of alcohol, barbiturates, and other CNS depressants. Use with caution in patients with a history of excessive alcohol consumption.

Risk of seizures; use with caution in patients with a history of seizures.

Use with caution and under close supervision in hyperthyroid patients or patients receiving thyroid agents.

Discontinue therapy several days prior to surgery whenever possible.

When used in fixed combination with perphenazine or chlordiazepoxide, consider the cautions, precautions, and contraindications associated with the concomitant agent.

Distributes into milk; discontinue nursing or the drug.

Amitriptyline hydrochloride not shown to be effective in management of depression in children† or adolescents in clinical studies; not recommended by the manufacturers for use in children <12 years of age.

FDA warns that a greater risk of suicidal thinking or behavior (suicidality) occurred during first few months of antidepressant treatment (4%) compared with placebo (2%) in children and adolescents with major depressive disorder, obsessive-compulsive disorder (OCD), or other psychiatric disorders based on pooled analyses of 24 short-term, placebo-controlled trials of 9 antidepressant drugs (SSRIs and others). However, a more recent meta-analysis of 27 placebo-controlled trials of 9 antidepressants (SSRIs and others) in patients <19 years of age with major depressive disorder, OCD, or non-OCD anxiety disorders suggests that the benefits of antidepressant therapy in treating these conditions may outweigh the risks of suicidal behavior or suicidal ideation. No suicides occurred in these pediatric trials.

Carefully consider these findings when assessing potential benefits and risks of amitriptyline in a child or adolescent for any clinical use. (See Worsening of Depression and Suicidality Risk under Cautions.)

No substantial differences in efficacy relative to younger adults.

No overall differences in safety and efficacy of amitriptyline hydrochloride in fixed combination with chlordiazepoxide in geriatric patients relative to younger adults; however, increased sensitivity cannot be ruled out.

Rapidly absorbed from the GI tract; bioavailability of 40–60%.

Antidepressant effect may not be evident for up to 4 weeks; sedative effect usually precedes it.

Distributed into milk; concentrations in milk similar to or slightly greater than those present in maternal serum.

Excreted principally in urine (25–50% within 24 hours) as inactive metabolites; small amounts are also excreted in feces via biliary elimination.

Preparations containing amitriptyline hydrochloride in fixed combination with chlordiazepoxide are subject to control under the Federal Controlled Substances Act of 1970 as schedule IV (C-IV) drugs. 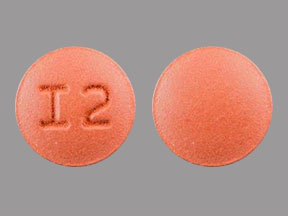