Not considered a preferred agent for initial management of hypertension in adults according to current evidence-based hypertension guidelines.

Most experience with aliskiren combination therapy in adults to date has been with diuretics, an angiotensin II receptor antagonist (valsartan), or a calcium-channel blocking agent (amlodipine); concomitant use of aliskiren with any of these drugs at maximum recommended dosages produces a greater BP response than does use of each drug alone. Triple combination of aliskiren, amlodipine, and hydrochlorothiazide produces greater BP reductions compared with dual combinations of these drugs.

Use in combination with an ACE inhibitor or angiotensin II receptor antagonist is contraindicated in diabetic patients; such concomitant use generally not recommended, particularly in patients with moderate or severe renal impairment (Clcr <60 mL/minute). (See Use in Combination with ACE Inhibitors or Angiotensin II Receptor Antagonists under Cautions.)

Individuals with SBP and DBP in 2 different categories (e.g., elevated SBP and normal DBP) should be designated as being in the higher BP category (i.e., elevated BP).

The goal of hypertension management and prevention is to achieve and maintain optimal control of BP. However, the BP thresholds used to define hypertension, the optimum BP threshold at which to initiate antihypertensive drug therapy, and the ideal target BP values remain controversial.

The 2017 ACC/AHA hypertension guideline generally recommends a target BP goal (i.e., BP to achieve with drug therapy and/or nonpharmacologic intervention) of <130/80 mm Hg in all adults regardless of comorbidities or level of atherosclerotic cardiovascular disease (ASCVD) risk. In addition, an SBP goal of <130 mm Hg generally is recommended for noninstitutionalized ambulatory patients ≥65 years of age with an average SBP of ≥130 mm Hg. These BP goals are based upon clinical studies demonstrating continuing reduction of cardiovascular risk at progressively lower levels of SBP.

Previous hypertension guidelines generally have based target BP goals on age and comorbidities. Guidelines such as those issued by the JNC 8 expert panel generally have targeted a BP goal of <140/90 mm Hg regardless of cardiovascular risk and have used higher BP thresholds and target BPs in elderly patients compared with those recommended by the 2017 ACC/AHA hypertension guideline.

Some clinicians continue to support previous target BPs recommended by JNC 8 due to concerns about the lack of generalizability of data from some clinical trials (e.g., SPRINT study) used to support the 2017 ACC/AHA hypertension guideline and potentials harms (e.g., adverse drug effects, costs of therapy) versus benefits of BP lowering in patients at lower risk of cardiovascular disease.

Consider potential benefits of hypertension management and drug cost, adverse effects, and risks associated with the use of multiple antihypertensive drugs when deciding a patient's BP treatment goal.

For decisions regarding when to initiate drug therapy (BP threshold), the 2017 ACC/AHA hypertension guideline incorporates underlying cardiovascular risk factors. ASCVD risk assessment is recommended by ACC/AHA for all adults with hypertension.

ACC/AHA currently recommends initiation of antihypertensive drug therapy in addition to lifestyle/behavioral modifications at an SBP ≥140 mm Hg or DBP ≥90 mm Hg in adults who have no history of cardiovascular disease (i.e., primary prevention) and a low ASCVD risk (10-year risk <10%).

For secondary prevention in adults with known cardiovascular disease or for primary prevention in those at higher risk for ASCVD (10-year risk ≥10%), ACC/AHA recommends initiation of antihypertensive drug therapy at an average SBP ≥130 mm Hg or an average DBP ≥80 mm Hg.

In stage 1 hypertension, experts state that it is reasonable to initiate drug therapy using the stepped-care approach in which one drug is initiated and titrated and other drugs are added sequentially to achieve the target BP. Initiation of antihypertensive therapy with 2 first-line agents from different pharmacologic classes recommended in adults with stage 2 hypertension and average BP >20/10 mm Hg above BP goal.

Management of hypertension in children and adolescents ≥6 years of age.

Reductions in SBP and DBP from baseline with aliskiren or enalapril were similar at the end of a 52-week randomized, extension study in children and adolescents in which antihypertensive drug dosage was titrated to achieve desired BP (i.e., mean sitting SBP <90th percentile for age, gender, and height).

Do not use in patients <6 years of age or in those weighing <20 kg. (See Contraindications and also see Pediatric Use under Cautions.)

Manufacturer recommends that patients establish a routine pattern for taking the drug with regard to meals; administration with a high-fat meal substantially decreases absorption of the drug.

Available as aliskiren hemifumarate; dosage expressed in terms of the base.

Dosages >300 mg daily do not appear to further increase BP response, but are associated with an increased frequency of diarrhea.

Patients who experience dose-limiting adverse effects of aliskiren or hydrochlorothiazide: May switch to the fixed-combination preparation containing a lower dose of that component.

May also use the fixed combination as a substitute for the individually titrated drugs.

Maximum 300 mg of aliskiren and 25 mg of hydrochlorothiazide once daily.

Correct volume and/or salt depletion prior to initiating therapy or initiate therapy under close medical supervision.

Drugs that act on renin-angiotensin system (e.g., aliskiren) reduce fetal renal function and can cause fetal and neonatal morbidity and mortality when used in pregnancy during the second and third trimesters. Most epidemiologic studies assessing fetal abnormalities following exposure to antihypertensive agents during the first trimester have not distinguished drugs affecting the renin-angiotensin system from other antihypertensive agents.

Discontinue as soon as possible when pregnancy is detected. (See Boxed Warning.)

Use in Combination with ACE Inhibitors or Angiotensin II Receptor Antagonists

Use in combination with an ACE inhibitor or angiotensin II receptor antagonist in patients with type 2 diabetes mellitus and renal disease (either albuminuria or GFR 30 to <60 mL/minute per 1.73 m2 with microalbuminuria) associated with increased risk of hypotension, hyperkalemia, and renal impairment. Incidence of stroke and death also slightly increased, but causal relationship not established.

Use in combination with ACE inhibitors or angiotensin II receptor antagonists is contraindicated in patients with diabetes mellitus; in general, avoid combined use of these drugs, particularly in patients with moderate or severe renal impairment (Clcr <60 mL/minute).

Anaphylactic reactions and angioedema of face, extremities, lips, tongue, glottis, and/or larynx reported; has resulted in hospitalization and intubation. May occur at any time during treatment. Has occurred in patients with or without history of angioedema associated with ACE inhibitors or angiotensin II receptor antagonists.

Angioedema involving the throat, tongue, glottis, or larynx or occurring in patients with a history of upper respiratory tract surgery may result in airway obstruction and death. Patients with manifestations of angioedema of the head or neck, even in the absence of respiratory distress, require prolonged observation since antihistamines and corticosteroids may not prevent respiratory involvement. Prompt medical intervention (e.g., epinephrine, measures to maintain an adequate airway) may be necessary.

Symptomatic hypotension may occur following initiation of therapy in patients with an activated renin-angiotensin system, including volume- and/or salt-depleted patients (e.g., those receiving high dosages of diuretics). (See Volume- and/or Salt-Depleted Patients under Dosage and Administration.)

Transient hypotension is not a contraindication to further treatment, which usually may be continued without difficulty once BP is stabilized.

Increased risk of hypotension in patients with diabetes mellitus and renal disease who receive aliskiren in combination with an ACE inhibitor or angiotensin II receptor antagonist. (See Use in Combination with ACE Inhibitors or Angiotensin II Receptor Antagonists under Cautions.)

Increased risk of renal impairment in patients with diabetes mellitus and renal disease who receive aliskiren in combination with an ACE inhibitor or angiotensin II receptor antagonist. (See Use in Combination with ACE Inhibitors or Angiotensin II Receptor Antagonists under Cautions.)

Can cause fetal harm when administered to a pregnant woman. (See Fetal/Neonatal Morbidity and Mortality under Cautions and see Boxed Warning.)

Support BP and renal function if oliguria or hypotension occurs in neonates with a history of in utero exposure to aliskiren; exchange transfusions or dialysis may be required. (See Fetal/Neonatal Morbidity and Mortality under Cautions.)

No overall differences in efficacy or safety compared with younger adults, but increased sensitivity cannot be ruled out. (See Geriatric Patients under Dosage and Administration and see Absorption: Special Populations, under Pharmacokinetics.)

Safety and efficacy not established in patients with severe renal impairment (Clcr <30 mL/minute); patients with GFR <30 mL/minute excluded from clinical trials of aliskiren. (See Renal Impairment under Dosage and Administration and see Renal Effects and also Hyperkalemia under Cautions.)

Metabolized by CYP3A4 in vitro; however, appears to undergo minimal hepatic metabolism. (See Elimination under Pharmacokinetics.)

Substrate but not inhibitor of P-glycoprotein (P-gp). Preclinical studies indicate P-gp is the major efflux system involved in absorption and disposition of aliskiren. Potential for P-gp-related interactions likely depends on degree of P-gp inhibition.

Poorly absorbed; oral bioavailability is about 2.5%.

Substantial proportion (85–90%) of antihypertensive effect attained within 2 weeks of initiation of therapy.

High-fat meal decreases mean AUC and peak plasma concentration by 71 and 85%, respectively; however, in clinical studies the drug was administered without requiring a fixed relation of administration to meals.

In geriatric patients AUC may be increased. (See Geriatric Patients under Dosage and Administration and see Geriatric Use under Cautions.)

In patients with varying degrees of renal impairment, peak plasma concentration and AUC were increased; however, changes in exposure did not consistently correlate with severity of renal impairment. (See Renal Impairment under Dosage and Administration.)

In patients with mild to severe hepatic impairment, pharmacokinetics of drug not substantially altered.

Crosses the placenta and is distributed into the amniotic fluid and fetus in animals.

In vitro studies suggest CYP3A4 is the main enzyme responsible for metabolism. However, amount of absorbed dose that undergoes metabolism not established; drug appears to undergo minimal hepatic metabolism. Also a substrate for P-glycoprotein and OATP 2B1.

Aliskiren: Original container at 25°C (may be exposed to 15–30°C); protect from moisture.

Fixed combination of aliskiren and hydrochlorothiazide: Original container at 25ºC (may be exposed to 15–30ºC); protect from moisture. 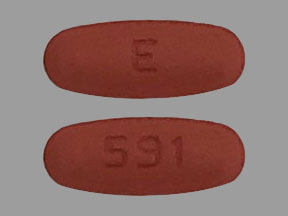