There are 3 alcohol/food/lifestyle interactions with ezetimibe / simvastatin.

Simvastatin may cause liver problems and using it with substantial quantities of ethanol may increase that risk. You should limit the use of alcohol while being treated with these medications. Call your doctor immediately if you have fever, chills, joint pain or swelling, unusual bleeding or bruising, skin rash, itching, loss of appetite, fatigue, nausea, vomiting, abdominal pain, dark urine, pale stools, and/or yellowing of the skin or eyes, as these may be signs and symptoms of liver damage. Talk to your doctor or pharmacist if you have any questions or concerns. It is important to tell your doctor about all other medications you use, including vitamins and herbs. Do not stop using any medications without first talking to your doctor.

Using ezetimibe together with simvastatin can increase the risk of side effects such as liver damage and a rare but serious condition called rhabdomyolysis that involves the breakdown of skeletal muscle tissue. In some cases, rhabdomyolysis can cause kidney damage and even death. You may need a dose adjustment or more frequent monitoring by your doctor to safely use both medications. Let your doctor know immediately if you have unexplained muscle pain, tenderness, or weakness while taking these medications, especially if these symptoms are accompanied by fever or dark colored urine. You should also seek immediate medical attention if you develop fever, chills, joint pain or swelling, unusual bleeding or bruising, skin rash, itching, loss of appetite, fatigue, nausea, vomiting, dark colored urine, and/or yellowing of the skin or eyes, as these may be signs and symptoms of liver damage. It is important to tell your doctor about all other medications you use, including vitamins and herbs. Do not stop using any medications without first talking to your doctor.

GENERALLY AVOID: Coadministration with grapefruit juice may significantly increase the plasma concentrations of lovastatin and simvastatin and their active acid metabolites. The proposed mechanism is inhibition of CYP450 3A4-mediated first-pass metabolism in the gut wall by certain compounds present in grapefruit. When a single 60 mg dose of simvastatin was coadministered with 200 mL of double-strength grapefruit juice three times a day, simvastatin systemic exposure (AUC) increased by 16-fold and simvastatin acid AUC increased by 7-fold. Administration of a single 20 mg dose of simvastatin with 8 ounces of single-strength grapefruit juice increased the AUC of simvastatin and simvastatin acid by 1.9-fold and 1.3-fold, respectively. The interaction has also been reported with lovastatin, which has a similar metabolic profile to simvastatin. Clinically, high levels of HMG-CoA reductase inhibitory activity in plasma is associated with an increased risk of musculoskeletal toxicity. Myopathy manifested as muscle pain and/or weakness associated with grossly elevated creatine kinase exceeding ten times the upper limit of normal has been reported occasionally. Rhabdomyolysis has also occurred rarely, which may be accompanied by acute renal failure secondary to myoglobinuria and may result in death.

ADJUST DOSING INTERVAL: Fibres such as oat bran and pectin may diminish the pharmacologic effects of HMG-CoA reductase inhibitors by interfering with their absorption from the gastrointestinal tract.

MANAGEMENT: Patients receiving therapy with lovastatin, simvastatin, or red yeast rice (which contains lovastatin) should be advised to avoid the consumption of grapefruit and grapefruit juice. Fluvastatin, pravastatin, pitavastatin, and rosuvastatin are metabolized by other enzymes and may be preferable alternatives in some individuals. All patients receiving statin therapy should be advised to promptly report any unexplained muscle pain, tenderness or weakness, particularly if accompanied by fever, malaise and/or dark colored urine. Therapy should be discontinued if creatine kinase is markedly elevated in the absence of strenuous exercise or if myopathy is otherwise suspected or diagnosed. Also, patients should either refrain from the use of oat bran and pectin, or separate the administration times by at least 2 to 4 hours if concurrent use cannot be avoided. Caution may be advisable when coadministered with green tea or green tea extracts. Dosing reduction of the statin and/or limiting consumption of green tea and green tea products may be required if an interaction is suspected.

There are 286 drug interactions with ezetimibe / simvastatin.

There are 9 disease interactions with ezetimibe / simvastatin which include: 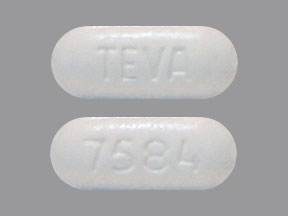