Promacta: 7 things you should know

Promacta is an oral tablet or suspension that is taken daily to boost platelet numbers in people with chronic ITP, severe aplastic anemia, or chronic hepatitis C. Nausea, diarrhea, infections, and increases in liver enzymes are some of the more common side effects. Promacta should be taken on an empty stomach or with a meal that is low in calcium and at least two hours before or four hours after any medications or products containing polyvalent cations such as aluminum, calcium, iron, magnesium, selenium, or zinc.

Medicines that interact with Promacta may either decrease its effect, affect how long it works for, increase side effects, or have less of an effect when taken with Promacta. An interaction between two medications does not always mean that you must stop taking one of the medications; however, sometimes it does. Speak to your doctor about how drug interactions should be managed.

Over 140 medicines or supplements interact with Promacta, for example:

Take Promacta at least 2 hours before or 4 hours after any medications or products containing polyvalent cations (for example, aluminum, calcium, iron, magnesium, selenium, or zinc), such as antacids, dairy products, and mineral supplements.

Be cautious when administering Promacta with substrates of OATP1B1 (such as atorvastatin, bosentan, ezetimibe, fluvastatin, glyburide, olmesartan, pitavastatin), breast cancer resistance protein (such as imatinib, irinotecan, methotrexate, sulfasalazine). Monitor patients for excessive exposure to these drugs and consider dosage reduction of the substrate if necessary.

Refer to the product information for Promacta for any new interactions.

Remember, keep this and all other medicines out of the reach of children, never share your medicines with others, and use Promacta only for the indication prescribed. 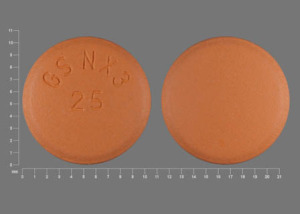