Note: This document contains side effect information about ertugliflozin / sitagliptin. Some of the dosage forms listed on this page may not apply to the brand name Steglujan.

Along with its needed effects, ertugliflozin / sitagliptin may cause some unwanted effects. Although not all of these side effects may occur, if they do occur they may need medical attention.

Check with your doctor immediately if any of the following side effects occur while taking ertugliflozin / sitagliptin:

Some side effects of ertugliflozin / sitagliptin may occur that usually do not need medical attention. These side effects may go away during treatment as your body adjusts to the medicine. Also, your health care professional may be able to tell you about ways to prevent or reduce some of these side effects.

The most commonly reported adverse events with have included genital mycotic infections, more common in females, but also occurring in males.[Ref]

In pooled analysis of clinical trials including data from 5429 patients receiving sitagliptin 100 mg daily and 4817 patients receiving comparator or placebo, the incidence of non-adjudicated acute pancreatitis was 0. Per 100 patient-years in each group.

During clinical trials with ertugliflozin, renal related adverse reactions included acute kidney injury, renal impairment, acute prerenal failure; the incidence of renal related adverse reactions was 0.6%, 2.5%, and 1.3% in patients receiving placebo, ertugliflozin 5 mg, and 15 mg, respectively. There have been postmarketing reports of worsening renal function including acute renal failure, sometimes requiring dialysis with sitagliptin use. A subset of these reports involved patients with renal insufficiency, some of who received inappropriate doses.

In a cardiovascular outcomes trials with 2 other dipeptidyl peptidase-4 (DPP-4) inhibitors, an association was observed with the use of DPP-4 inhibitors and heart failure. Subjects had type 2 diabetes and atherosclerotic cardiovascular disease.

Very common (10% or more): Hypoglycemia (in combination with insulin and/or insulin secretagogue in patients with moderate renal impairment; up to 27%)

Ketoacidosis was reported in 3 of 3409 (0.1%) patients treated with ertugliflozin during clinical trials; no cases were identified in comparator-treated patients. Mean increases in low-density lipoprotein cholesterol (LDL-C) relative to placebo were 2.6% and 5.4%, in the 5 mg and 15 mg groups, respectively.

3. FDA "FDA warns about rare occurrences of a serious infection of the genital area with SGLT2 inhibitors for diabetes. https://www.fda.gov/downloads/Drugs/DrugSafety/UCM618466.pdf." (2018): 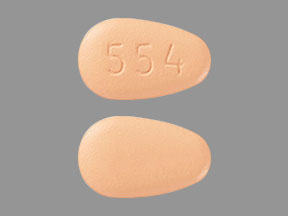