Note: This document contains side effect information about troglitazone. Some of the dosage forms listed on this page may not apply to the brand name Rezulin.

Hepatotoxicity associated with the use of troglitazone has usually been reversible. Hepatic failure leading to liver transplant or death has very rarely been reported.

It is recommended that clinicians choose alternative therapy and that patients who are taking troglitazone discontinue troglitazone therapy after consulting with their prescribing health care provider.[Ref]

Troglitazone (the active ingredient contained in Rezulin) is generally well tolerated with the incidence of adverse effects similar to placebo. Headache, asthenia, dizziness, back pain and nausea are reported slightly more frequently than placebo in clinical trials.[Ref]

Endocrine side effects including hypoglycemia may occur when troglitazone (the active ingredient contained in Rezulin) is used in combination with other hypoglycemic agents such as insulin or sulfonylureas. However, it has not been reported with troglitazone monotherapy.[Ref]

Hematologic effects include small decreases in hemoglobin, hematocrit, and neutrophil counts. These effects typically occur in the first four to eight weeks of therapy and may be related to an increase in plasma volume.[Ref] 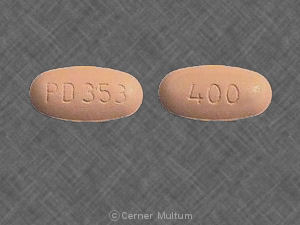