Note: This document contains side effect information about linagliptin / metformin. Some of the dosage forms listed on this page may not apply to the brand name Jentadueto XR.

Common side effects of Jentadueto XR include: lactic acidosis and hypoglycemia. Other side effects include: decreased vitamin b12 serum concentrate. See below for a comprehensive list of adverse effects.

Along with its needed effects, linagliptin / metformin may cause some unwanted effects. Although not all of these side effects may occur, if they do occur they may need medical attention.

Check with your doctor immediately if any of the following side effects occur while taking linagliptin / metformin:

Some side effects of linagliptin / metformin may occur that usually do not need medical attention. These side effects may go away during treatment as your body adjusts to the medicine. Also, your health care professional may be able to tell you about ways to prevent or reduce some of these side effects.

The most commonly reported adverse events included nasopharyngitis and diarrhea.[Ref]

Gastrointestinal events such as nausea, vomiting, diarrhea, decreased appetite, and abdominal pain occur most frequently during initiation of therapy and resolve spontaneously in most cases.

During clinical trials, pancreatitis was reported in 15.2 cases per 10,000 patient year exposure in patients receiving linagliptin compared with 3.7 cases per 10,000 patient year exposure in those receiving active comparator (sulfonylurea). Following completion of clinical trials, 3 additional cases of pancreatitis were reported among those receiving linagliptin. Postmarketing reports of acute pancreatitis, including fatalities, have been received.[Ref]

Serious hypersensitivity reactions including anaphylaxis, angioedema, and exfoliative skin conditions have been reported postmarketing in patients treated with linagliptin. These reactions have occurred within the first 3 months, with some occurring after the first dose.[Ref]

Postmarketing reports of bullous pemphigoid requiring hospitalization have been reported with dipeptidyl peptidase-4 (DPP-4) inhibitors use. These case typically recovered with topical or systemic immunosuppressive treatment and discontinuation of DPP-4 inhibitor.[Ref]

Very rare (less than 0.01%): Skin reactions such as erythema, pruritus, and urticaria 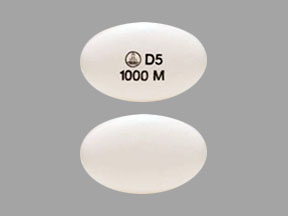