Note: This document contains side effect information about esterified estrogens / methyltestosterone. Some dosage forms listed on this page may not apply to the brand name EEMT.

Estrogens increase the risk of endometrial cancer; monitor for abnormal vaginal bleeding. Estrogens with or without progestins should not be used for the prevention of cardiovascular disease or dementia. Increased risks of myocardial infarction, stroke, invasive breast cancer, pulmonary emboli, and deep vein thrombosis in postmenopausal women (50 to 79 years) have been reported. An increased risk of developing probable dementia in postmenopausal women 65 years or older has also been reported. This product contains an estrogen and androgen, not a progestin. This combination should not be used during a known or suspected pregnancy.

Serious side effects of EEMT

Along with its needed effects, esterified estrogens/methyltestosterone may cause some unwanted effects. Although not all of these side effects may occur, if they do occur they may need medical attention.

Check with your doctor immediately if any of the following side effects occur while taking esterified estrogens / methyltestosterone:

Other side effects of EEMT

Some side effects of esterified estrogens / methyltestosterone may occur that usually do not need medical attention. These side effects may go away during treatment as your body adjusts to the medicine. Also, your health care professional may be able to tell you about ways to prevent or reduce some of these side effects.

General side effects have included increase or decrease in weight, edema, arthralgias, and leg cramps.[Ref]

In the Women's Health Initiative study (WHI), an increase myocardial infarctions and strokes was observed in women receiving conjugated estrogens compared to placebo; a substudy of the WHI in which women were receiving conjugated estrogen plus progestin, showed an increased risk of coronary heart disease (CHD) events (defined as nonfatal myocardial infarction and CHD death) compared to placebo (37 vs 30 per 10,000 women-years). This increase was observed in year one and persisted. In a clinical trial of secondary prevention of cardiovascular disease (Heart and Estrogen/Progestin Replacement study; HERS) in postmenopausal women with documented heart disease (n = 2,763, average age 66.7 years) use of conjugated estrogens with progestin demonstrated no cardiovascular benefit.[Ref]

The increased risk of breast cancer due to use of estrogens is controversial. Several studies have suggested that long-term estrogen therapy may be associated with a slightly increased risk of breast cancer. Meta analysis of 51 studies (epidemiological data) supports a modest risk increase associated with long-term hormone replacement therapy (HRT).

Follow-up to the Nurses' Health Study of 1992 concluded, however, that there is an increased risk of breast cancer in women taking estrogen replacement therapy and that the risk is not reduced by concurrent use of progestins. (In that study, greater risk was associated with advanced age and prolonged duration of hormonal therapy.)

The Women's Health Initiative (WHI) which enrolled predominantly healthy postmenopausal women (n=27,000) to assess the risks and benefits of using conjugated estrogens 0.625 mg/day alone or with medroxyprogesterone acetate 2.5 mg/day compared to placebo has shown an absolute excess risk of 8 more invasive breast cancers per 10,000 women-years in the group treated with CE/MPA. Observational studies have also reported an increased risk of breast cancer in women using estrogen/progestin, with a smaller increased risk for estrogen alone.

The risk of endometrial cancer among unopposed estrogen users is about 2 to 12- fold greater than in non-users. Most studies have shown no significant increased risk with use for less than 1 year, but an increased risk of 15 to 24-fold with use for 5 to 10 years or more, persisting for at least 8 to 15 years after estrogen therapy is discontinued.[Ref]

Frequency not reported: Amenorrhea and other menstrual irregularities, clitoral enlargement[Ref]

Frequency not reported: Exacerbation of asthma[Ref] 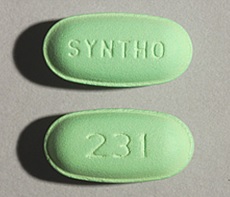