Note: This document contains side effect information about aminoglutethimide. Some dosage forms listed on this page may not apply to the brand name Cytadren.

In general, side effects have been reported to have occurred in approximately two-thirds of patients, often limiting the use of the drug. Side effects typically manifest as sedation or lethargy and skin rash.[Ref]

Somnolence and lethargy are dose-related and are more common early in therapy. Although these effects are usually transient, some patients may require a dosage reduction to alleviate severe lethargy.[Ref]

Nervous system side effects have included lethargy (up to 40% incidence), ataxia (up to 10%), malaise, confusion, dizziness, and headache.[Ref]

Dermatologic side effects have included rash of the morbilliform or maculopapular types in up to 30% of patients, pruritus, petechiae, ecchymoses, urticaria, oral ulcerations, and capillaritis (purpura simplex).[Ref]

Although these rashes are generally mild and transient, they have also occurred in conjunction with more serious side effects, such as cholestatic jaundice and blood dyscrasias. In addition, patients on radiotherapy in close temporal association with aminoglutethimide administration have developed erythema, confluent and plaque-like rashes, and marked desquamation in the areas of radiation exposure.[Ref]

Gastrointestinal side effects have included nausea (14%) and vomiting (3%).[Ref]

In a multicenter analysis involving 1,233 patients treated with aminoglutethimide, 0.9% of patients developed hematologic toxicity. Thrombocytopenia and/or leukopenia were noted. One patient with marrow aplasia developed septicemia and died.

Additional cases of fatal thrombocytopenia and fatal agranulocytosis have been reported, although most patients recover with discontinuation of aminoglutethimide and supportive care.[Ref]

Elevations in SGOT, SGPT, GGT, alkaline phosphatase, lactate dehydrogenase, and total bilirubin have been reported with the use of aminoglutethimide (the active ingredient contained in Cytadren) Two cases of cholestatic jaundice without evidence of hepatosplenomegaly or hepatic tenderness have also been reported and may be a manifestation of drug hypersensitivity.[Ref]

Respiratory side effects have included an isolated case of diffuse alveolar damage and hemorrhage. A case of pulmonary eosinophilia has also been reported.[Ref]

Because aminoglutethimide (the active ingredient contained in Cytadren) may suppress aldosterone production, orthostatic hypotension or persistent hypotension may develop in some patients. Patients should be instructed to report symptoms of hypotension such as weakness or dizziness. The addition of fludrocortisone to the drug regimen may alleviate this side effect in some patients.[Ref]

Endocrine side effects have included hypothyroidism and adrenal insufficiency.[Ref]

The concurrent administration of glucocorticoids is often necessary to help prevent reflex ACTH secretion in response to low cortisol levels. In addition, some patients may require supplementation with fludrocortisone, a mineralocorticoid.

Iatrogenic adrenal insufficiency does not occur in all patients. However, adrenal function should be monitored regularly. In one case report, a patient developed adrenal failure approximately two years after starting an aminoglutethimide/cortisone acetate regimen.[Ref]

Musculoskeletal side effects have included leg cramps and myalgia.[Ref]

Aminoglutethimide interferes with the conversion of cholesterol to delta-5-pregnenolone. Consequently, serum cholesterol levels may become elevated. In one study, 68% of patients treated with aminoglutethimide (the active ingredient contained in Cytadren) 500 mg per day experienced elevations in total cholesterol and 100% of patients treated with 1000 mg per day experienced this effect. In another study, patients who were normolipidemic at baseline developed elevated GGT in addition to elevated lipoproteins.[Ref]

Other side effects have included malaise, fever, chills, and facial fullness. A case of worsening Meniere's disease has been reported.[Ref] 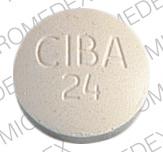