Note: This document contains side effect information about azathioprine. Some of the dosage forms listed on this page may not apply to the brand name Azasan.

Common side effects of Azasan include: infection, leukopenia, and vomiting. See below for a comprehensive list of adverse effects.

MalignancyChronic immunosuppression with azathioprine, a purine antimetabolite increases risk of malignancy in humans. Reports of malignancy include post-transplant lymphoma and hepatosplenic T-cell lymphoma (HSTCL) in patients with inflammatory bowel disease. Physicians using this drug should be very familiar with this risk as well as with the mutagenic potential to both men and women and with possible hematologic toxicities. Physicians should inform patients of the risk of malignancy with azathioprine.

Along with its needed effects, azathioprine (the active ingredient contained in Azasan) may cause some unwanted effects. Although not all of these side effects may occur, if they do occur they may need medical attention.

Check with your doctor immediately if any of the following side effects occur while taking azathioprine:

Some side effects of azathioprine may occur that usually do not need medical attention. These side effects may go away during treatment as your body adjusts to the medicine. Also, your health care professional may be able to tell you about ways to prevent or reduce some of these side effects.

The principal and potentially serious toxic effects of azathioprine (the active ingredient contained in Azasan) are hematologic and gastrointestinal. Risk of secondary infection and malignancy is also significant. Frequency and severity of side effects depend on dose and duration of azathioprine as well as on underlying disease or concomitant therapies. Hematologic toxicities and neoplasia were reported more often in renal homograft recipients than in patients using azathioprine for rheumatoid arthritis.[Ref]

A 55-year-old male with pompholyx and deficiency of erythrocyte thiopurine methyltransferase experienced pancytopenia coincident with azathioprine therapy. Ten weeks after starting azathioprine 100 mg per day, a full blood count (during routine monitoring) showed moderate pancytopenia. Azathioprine was discontinued. Ten days later he was admitted to the hospital with malaise, lethargy, and deterioration in blood count. He was treated with blood and platelet transfusions and discharged eight days later with modest improvement in peripheral blood count.[Ref]

Complications such as colitis, diverticulitis, and bowel perforation have been primarily reported in transplant patients, and may be related to concomitant high-dose corticosteroid therapy. Pancreatitis occurs most commonly in organ recipients and patients with Crohn's disease.

There have been case reports of patients with symptoms that imitate viral gastroenteritis (nausea, vomiting, diarrhea, and fever) occurring hours after a single dose of azathioprine.[Ref]

Frequency not reported: Severe villus, sores in the mouth and on the lips[Ref]

The increased risk of cancer may be more pronounced when azathioprine (the active ingredient contained in Azasan) is used concomitantly with other immunosuppressive agents. Renal transplant patients may have a higher risk of developing lymphoproliferative disorders, lymphomas, and leukemia, as well as some solid tumors while receiving azathioprine.

Transplant patients as well as those with rheumatoid arthritis are often treated with multiple immunosuppressants; therefore, the true risk of neoplasia associated with azathioprine alone has yet to be determined.

A small increase in the risk of Epstein-Barr virus-positive lymphoma was seen in a study of patients with inflammatory bowel disease treated with azathioprine.

The majority of reported cases of hepatosplenic T-cell lymphoma have bee in patients with Crohn's disease or ulcerative colitis, and were adolescent and young adult males.[Ref]

Uncommon (0.1% to 1%): Lymphoproliferative diseases after transplantation

Uncommon (0.1% to 1%): Hepatotoxicity, including elevation of serum alkaline phosphatase, bilirubin, and/or serum transaminases

Hepatotoxicity is often manifest as cholestasis and/or acute focal hepatocellular necrosis, and is generally reversible following discontinuation of azathioprine therapy. However, permanent hepatic damage associated with cirrhosis, perisinusoidal fibrosis, hepatic peliosis, sinusoidal dilatation, and veno-occlusive disease is also reported. Several cases of nodular regenerative hyperplasia of the liver and at least one case of destructive cholangitis have been reported.

Veno-occlusive disease of the hepatic veins is due to an unknown mechanism, may affect males more often, usually precedes portal hypertension, and carries a poor prognosis. Numerous fatalities have been reported. Permanent discontinuation of azathioprine therapy is indicated if hepatic veno-occlusive disease is suspected.

At least 3 cases of erythema nodosum, 2 cases of pustules, and 1 case of contact dermatitis have been reported. Erythema nodosum and pustules may be related to the clinical activity of inflammatory bowel disease. Relapse of such lesions shortly after rechallenge should raise the hypothesis of hypersensitivity rather than pharmacological manifestations.

Azathioprine should be permanently withdrawn after occurrence of hypersensitivity reactions.[Ref]

At least three cases of atrial fibrillation have been reported (one case involving a patient with ulcerative colitis), although causality is unknown. A 52-year-old male with steroid-dependent ulcerative colitis experienced atrial fibrillation coincident with azathioprine (the active ingredient contained in Azasan) therapy. The drug had been started 3 years earlier, but discontinued after a few months because the patient reported palpitations, lipothymia, nausea, and vomiting. Upon a rechallenge with 50 mg of azathioprine, the patient showed general malaise, nausea, and vomiting. An ECG showed atrial fibrillation, and the patient reported that the symptoms were similar to those experienced previously.

Azathioprine-induced hypotension is independent of dose and may accompany signs and symptoms of hypersensitivity. Hypotension may be profound, although it is usually responsive to intravenous fluids and, if hypersensitivity is suspected, corticosteroids.[Ref]

Alopecia has been reported in patients on azathioprine monotherapy or in combination with other immunosuppressants. This side effect may resolve spontaneously despite ongoing therapy.

Excess sun exposure, pale skin types, and duration of allograft seem to be important risk factors in the development of skin lesions.[Ref]

Common (1% to 10%): Susceptibility to infection in patients with inflammatory bowel disease

Uncommon (0.1% to 1%): Viral, fungal, and bacterial infections (other indications)

Frequency not reported: Alterations in sense of smell or taste, exacerbation of myasthenia gravis, meningitis[Ref]

A patient with systemic lupus erythematosus and end-stage renal disease experienced CMV retinitis coincident with azathioprine (the active ingredient contained in Azasan) therapy. It is theorized that immunosuppressive therapy may have a role in the development of CMV retinitis in this population. The patient responded to discontinuation of azathioprine, lowering of the corticosteroid dose, and systemic administration of ganciclovir.[Ref]

Elevation in serum creatinine and BUN accompanied by oliguria are usually associated with hypotension, and normalize after treatment with intravenous hydration and steroids. Cases of hematuria secondary to azathioprine-induced crystalluria may be less common with high urine output.

A reduction in the incidence of chronic allograft nephropathy has been reported during the extended follow-up (greater than or equal to 10 years) of patients (n=128) participating in a randomized trial that examined the conversion from cyclosporine to azathioprine (the active ingredient contained in Azasan) as early as three months after renal transplantation.

A 47-year-old female with Wegener's granulomatosis experienced rapid progression of renal failure within 10 days of starting azathioprine for vasculitis. Her creatinine was 119 mcmol/L at the time of presentation. Acute tubulointerstitial nephritis and no active glomerulonephritis were observed on renal biopsy. Her renal function started improving by day 6 post-admission and at one month post-admission her serum creatinine was 116 mcmol/L. She continued to have reasonable renal function and 16 months later had creatinine of 104 mcmol/L with no clinical evidence of recurrent interstitial nephritis.[Ref]

Review of seven rare cases of azathioprine-associated interstitial pneumonitis revealed that the progression from alveolitis to pulmonary fibrosis may be dose-related.[Ref]

There have been reports of fungal, protozoal, viral, and uncommon bacterial infections, some of which have been fatal, in patients who are receiving azathioprine (the active ingredient contained in Azasan) [Ref]

18. Snow JL, Gibson LE "A pharmacogenetic basis for the safe and effective use of azathioprine and other thiopurine drugs in dermatologic patients." J Am Acad Dermatol 32 (1995): 114-6 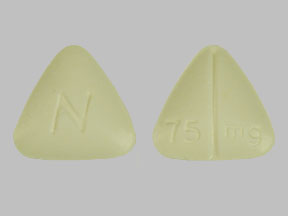