Imipramine hydrochloride USP is a white to off-white, odorless, or practically odorless crystalline powder. It is freely soluble in water and in alcohol, soluble in acetone, and insoluble in ether and in benzene. Its molecular weight is 316.87.

The mechanism of action of Tofranil is not definitely known. However, it does not act primarily by stimulation of the central nervous system. The clinical effect is hypothesized as being due to potentiation of adrenergic synapses by blocking uptake of norepinephrine at nerve endings. The mode of action of the drug in controlling childhood enuresis is thought to be apart from its antidepressant effect.

Indications and Usage for Tofranil

Depression: For the relief of symptoms of depression. Endogenous depression is more likely to be alleviated than other depressive states. One to three weeks of treatment may be needed before optimal therapeutic effects are evident.

The concomitant use of monoamine oxidase inhibiting compounds is contraindicated. Hyperpyretic crises or severe convulsive seizures may occur in patients receiving such combinations. The potentiation of adverse effects can be serious, or even fatal. When it is desired to substitute Tofranil in patients receiving a monoamine oxidase inhibitor, as long an interval should elapse as the clinical situation will allow, with a minimum of 14 days. Initial dosage should be low and increases should be gradual and cautiously prescribed.

The drug is contraindicated during the acute recovery period after a myocardial infarction. Patients with a known hypersensitivity to this compound should not be given the drug. The possibility of cross-sensitivity to other dibenzazepine compounds should be kept in mind.

Children: A dose of 2.5 mg/kg/day of imipramine hydrochloride should not be exceeded in childhood. ECG changes of unknown significance have been reported in pediatric patients with doses twice this amount.

Tofranil may enhance the CNS depressant effects of alcohol. Therefore, it should be borne in mind that the dangers inherent in a suicide attempt or accidental overdosage with the drug may be increased for the patient who uses excessive amounts of alcohol. (See PRECAUTIONS.)

Since imipramine hydrochloride may impair the mental and/or physical abilities required for the performance of potentially hazardous tasks, such as operating an automobile or machinery, the patient should be cautioned accordingly.

Contains sodium sulfite and sodium bisulfite, that may cause allergic-type reactions including anaphylactic symptoms and life-threatening or less severe asthmatic episodes in certain susceptible people. The overall prevalence of sulfite sensitivity in the general population is unknown and probably 1ow. Sulfite sensitivity is seen more frequently in asthmatic than in nonasthmatic people.

An ECG recording should be taken prior to the initiation of larger-than-usual doses of imipramine hydrochloride and at appropriate intervals thereafter until steady state is achieved. (Patients with any evidence of cardiovascular disease require cardiac surveillance at all dosage levels of the drug. See WARNINGS.) Elderly patients and patients with cardiac disease or a prior history of cardiac disease are at special risk of developing the cardiac abnormalities associated with the use of imipramine hydrochloride.

It should be kept in mind that the possibility of suicide in seriously depressed patients is inherent in the illness and may persist until significant remission occurs. Such patients should be carefully supervised during the early phase of treatment with imipramine hydrochloride, and may require hospitalization. Prescriptions should be written for the smallest amount feasible.

Hypomanic or manic episodes may occur, particularly in patients with cyclic disorders.

Such reactions may necessitate discontinuation of the drug. If needed, imipramine hydrochloride may be resumed in lower dosage when these episodes are relieved.

Administration of a tranquilizer may be useful in controlling such episodes.

An activation of the psychosis may occasionally be observed in schizophrenic patients and may require reduction of dosage and the addition of a phenothiazine.

Concurrent administration of imipramine hydrochloride with electroshock therapy may increase the hazards; such treatment should be limited to those patients for whom it is essential, since there is limited clinical experience.

Patients taking imipramine hydrochloride should avoid excessive exposure to sunlight since there have been reports of photosensitization.

Both elevation and lowering of blood sugar levels have been reported with imipramine hydrochloride use.

Imipramine hydrochloride should be used with caution in patients with significantly impaired renal or hepatic function.

Prior to elective surgery, imipramine hydrochloride should be discontinued for as long as the clinical situation will allow.

The biochemical activity of the drug metabolizing isozyme cytochrome P450 2D6 (debrisoquin hydroxylase) is reduced in a subset of the Caucasian population (about 7%-10% of Caucasians are so-called "poor metabolizers"); reliable estimates of the prevalence of reduced P450 2D6 isozyme activity among Asian, African, and other populations are not yet available. Poor metabolizers have higher than expected plasma concentrations of tricyclic antidepressants (TGAs) when given usual doses. Depending on the fraction of drug metabolized by P450 2D6, the increase in plasma concentration may be small, or quite large (8-fold increase in plasma AUC of the TCA).

In addition, certain drugs inhibit the activity of this isozyme and make normal metabolizers resemble poor metabolizers. An individual who is stable on a given dose of TCA may become abruptly toxic when given one of these inhibiting drugs as concomitant therapy. The drugs that inhibit cytochrome P450 2D6 include some that are not metabolized by the enzyme (quinidine; cimetidine) and many that are substrates for P450 2D6 (many other antidepressants, phenothiazines, and the Type 1C antiarrhythmics propafenone and flecainide). While all the selective serotonin reuptake inhibitors (SSRIs), e.g., fluoxetine, sertraline, and paroxetine, inhibit P450 2D6, they may vary in the extent of inhibition. The extent to which SSRI-TCA interactions may pose clinical problems will depend on the degree of inhibition and the pharmacokinetics of the SSRI involved. Nevertheless, caution is indicated in the co-administration of TCAs with any of the SSRIs and also in switching from one class to the other. Of particular importance, sufficient time must elapse before initiating TCA treatment in a patient being withdrawn from fluoxetine, given the long half-life of the parent and active metabolite (at least 5 weeks may be necessary).

In occasional susceptible patients or in those receiving anticholinergic drugs (including antiparkinsonism agents) in addition, the atropine-like effects may become more pronounced (e.g., paralytic ileus). Close supervision and careful adjustment of dosage is required when imipramine hydrochloride is administered concomitantly with anticholinergic drugs.

Avoid the use of preparations, such as decongestants and local anesthetics, that contain any sympathomimetic amine (e.g., epinephrine, norepinephrine), since it has been reported that tricyclic antidepressants can potentiate the effects of catecholamines.

Patients should be warned that imipramine hydrochloride may enhance the CNS depressant effects of alcohol (See WARNINGS.)

Usage During Pregnancy and Lactation

Limited data suggest that imipramine hydrochloride is likely to be excreted in human breast milk. As a general rule, a woman taking a drug should not nurse since the possibility exists that the drug may be excreted in breast milk and be harmful to the child.

The effectiveness of the drug in children for conditions other than nocturnal enuresis given orally has not been established.

Note: Although the listing which follows includes a few adverse reactions which have not been reported with this specific drug, the pharmacological similarities among the tricyclic antidepressant drugs require that each of the reactions be considered when imipramine is administered.

Though not indicative of addiction, abrupt cessation of treatment after prolonged therapy may produce nausea, headache and malaise.

Initially, up to 100 mg/day intramuscularly in divided doses.

Parenteral administration should be used only for starting therapy in patients unable or unwilling to use oral medication. The oral form should supplant the injectable as soon as possible.

Lower dosages are recommended for elderly patients and adolescents. Lower dosages are also recommended for outpatients as compared to hospitalized patients who will be under close supervision. Dosage should be initiated at a low level and increased gradually, noting carefully the clinical response and any evidence of intolerance. Following remission, oral maintenance medication may be required for a longer period of time, at the lowest dose that will maintain remission.

Children have been reported to be more sensitive than adults to an acute overdosage of imipramine hydrochloride. An acute overdose of any amount in infants or young children, especially, must be considered serious and potentially fatal.

These may vary in severity depending upon factors such as the amount of drug absorbed, the age of the patient, and the interval between drug ingestion and the start of treatment. Blood and urine levels of imipramine may not reflect the severity at poisoning; they have chiefly a qualitative rather than quantitative value, and are unreliable indicators in the clinical management of the patient.

The recommended treatment for overdosage with tricyclic antidepressants may change periodically. Therefore, it is recommended that the physician contact a poison control center for current information on treatment. Because CNS involvement, respiratory depression and cardiac arrhythmia can occur suddenly, hospitalization and close observation may be necessary, even when the amount ingested is thought to be small or the initial degree of intoxication appears slight or moderate. All patients with ECG abnormalities should have continuous cardiac monitoring and be closely observed until well after cardiac status has returned to normal; relapses may occur after apparent recovery.

In the alert patient, empty the stomach promptly by lavage. In the obtunded patient, secure the airway with a cuffed endotracheal tube before beginning lavage (do not induce emesis). Instillation of activated charcoal slurry may help reduce absorption of imipramine.

Minimize external stimulation to reduce the tendency to convulsions. If anticonvulsants are necessary, diazepam and phenytoin may be useful.

Shock should be treated with supportive measures, such as appropriate position, intravenous fluids, and, if necessary, a vasopressor agent. The use of corticosteroids in shock is controversial and may be contraindicated in cases of overdosage with tricyclic antidepressants. Digitalis may increase conduction abnormalities and further irritate an already sensitized myocardium. If congestive heart failure necessitates rapid digitalization, particular care must be exercised.

Hyperpyrexia should be controlled by whatever external means are available, including ice packs and cooling sponge baths, if necessary.

Hemodialysis, peritoneal dialysis, exchange transfusions and forced diuresis have been generally reported as ineffective because of the rapid fixation of imipramine in tissues. Blood and urine levels of imipramine may not correlate with the degree of intoxication, and are unreliable indicators in the clinical management of the patient.

The slow intravenous administration of physostigmine salicylate has been used as a last resort to reverse severe CNS anticholinergic manifestations of overdosage with tricyclic anti- depressants; however, it should not be used routinely, since it may induce seizures and cholinergic crises.

Ampuls 2 mL – For intramuscular administration only

Note: Upon storage, minute crystals may form in some ampuls. This has no influence on the therapeutic efficacy of the preparation, and the crystals redissolve when the affected ampuls are immersed in hot tap water for 1 minute.

A. Acute: Oral LD50 ranges are as follows:

Depending on the dosage in both species, toxic signs proceeded progressively from depression, irregular respiration and ataxia to convulsions and death.

B. Reproduction/Teratogenic: The overall evaluation may be summed up in the following manner:

Oral: Independent studies in three species (rat, mouse, and rabbit) revealed that when Tofranil is administered orally in doses up to approximately 2 ½ times the maximum human dose in the first 2 species and up to 25 times the maximum human dose in the third species, the drug is essentiality free from teratogenic potential. In the three species studied, only one instance of fetal abnormality occurred (in the rabbit) and in that study there was likewise an abnormality in the control group. However, evidence does exist from the rat studies that some systemic and embryotoxic potential is demonstrable. This is manifested by reduced litter size, a slight increase in the stillborn rate and a reduction in the mean birth weight. 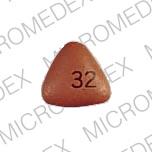