Following oral administration, sulfisoxazole is rapidly and completely absorbed; the small intestine is the major site of absorption, but some of the drug is absorbed from the stomach. Sulfonamides are present in the blood as free, conjugated (acetylated and possibly other forms) and protein-bound forms. The amount present as "free" drug is considered to be the therapeutically active form. Approximately 85% of a dose of sulfisoxazole is bound to plasma proteins, primarily to albumin; 65% to 72% of the unbound portion is in the nonacetylated form.

Sulfisoxazole and its acetylated metabolites are excreted primarily by the kidneys through glomerular filtration. Concentrations of sulfisoxazole are considerably higher in the urine than in the blood. The mean urinary excretion recovery following oral administration of sulfisoxazole is 97% within 48 hours, of which 52% is intact drug, with the remaining as the N4-acetylated metabolite. Following administration of acetyl sulfisoxazole pediatric suspension, approximately 58% is excreted in the urine as total drug within 72 hours.

Sulfisoxazole is distributed only in extracellular body fluid. It is excreted in human milk. It readily crosses the placental barrier and enters into fetal circulation and also crosses the blood-brain barrier. In healthy subjects, cerebrospinal fluid concentrations of sulfisoxazole vary; in patients with meningitis, however, concentrations of free drug in cerebrospinal fluid as high as 94 mcg/mL have been reported.

The sulfonamides are bacteriostatic agents and the spectrum of activity is similar for all. Sulfonamides inhibit bacterial synthesis of dihydrofolic acid by preventing the condensation of the pteridine with aminobenzoic acid through competitive inhibition of the enzyme dihydropteroate synthetase. Resistant strains have altered dihydropteroate synthetase with reduced affinity for sulfonamides or produce increased quantities of aminobenzoic acid.

Quantitative methods that require measurement of zone diameters give the most precise estimate of the susceptibility of bacteria to antimicrobial agents. One such standard procedure3 which has been recommended for use with disks to test susceptibility of organisms to sulfisoxazole uses the 250- or 300-mcg sulfisoxazole disk. Interpretation involves the correlation of the diameter obtained in the disk test with the minimum inhibitory concentration (MIC) for sulfisoxazole.

Reports from the laboratory giving results of the standard single-disk susceptibility test with a 250- or 300-mcg sulfisoxazole disk should be interpreted according to the following criteria:

Standardized procedures require the use of laboratory control organisms. The 250- or 300-mcg sulfisoxazole disk should give the following zone diameters:

Use a standardized dilution method4 (broth, agar, microdilution) or equivalent with sulfisoxazole powder. The MIC values obtained should be interpreted according to the following criteria:

As with standard diffusion techniques, dilution methods require the use of laboratory control organisms. Dilutions of standard sulfisoxazole powder should provide the following MIC values:

Indications and Usage for Gantrisin

Meningococcal meningitis where the organism has been demonstrated to be susceptible. Haemophilus influenzae meningitis as adjunctive therapy with parenteral streptomycin.

Meningococcal meningitis prophylaxis when sulfonamide-sensitive group A strains are known to prevail in family groups or larger closed populations. (The prophylactic usefulness of sulfonamides when group B or C infections are prevalent has not been proven and in closed population groups may be harmful.)

Acute otitis media due to Haemophilus influenzae when used concomitantly with adequate doses of penicillin or erythromycin (see appropriate labeling for prescribing information).

Currently, the increasing frequency of resistant organisms is a limitation of the usefulness of antibacterial agents including the sulfonamides, especially in the treatment of chronic and recurrent urinary tract infections.

Important Note: In vitro sulfonamide susceptibility tests are not always reliable. The test must be carefully coordinated with bacteriologic and clinical response. When the patient is already taking sulfonamides, follow-up cultures should have aminobenzoic acid added to the culture media.

FATALITIES ASSOCIATED WITH THE ADMINISTRATION OF SULFONAMIDES, ALTHOUGH RARE, HAVE OCCURRED DUE TO SEVERE REACTIONS, INCLUDING STEVENS-JOHNSON SYNDROME, TOXIC EPIDERMAL NECROLYSIS, FULMINANT HEPATIC NECROSIS, AGRANULOCYTOSIS, APLASTIC ANEMIA AND OTHER BLOOD DYSCRASIAS.

SULFONAMIDES, INCLUDING SULFISOXAZOLE, SHOULD BE DISCONTINUED AT THE FIRST APPEARANCE OF SKIN RASH OR ANY SIGN OF AN ADVERSE REACTION. In rare instances, a skin rash may be followed by more severe reactions such as Stevens-Johnson syndrome, toxic epidermal necrolysis, hepatic necrosis and serious blood disorders (see PRECAUTIONS).

Clinical signs such as rash, sore throat, fever, arthralgia, pallor, purpura or jaundice may be early indications of serious reactions.

Cough, shortness of breath and pulmonary infiltrates are hypersensitivity reactions of the respiratory tract that have been reported in association with sulfonamide treatment.

The sulfonamides should not be used for the treatment of group A beta-hemolytic streptococcal infections. In an established infection, they will not eradicate the streptococcus and, therefore, will not prevent sequelae such as rheumatic fever.

Pseudomembranous colitis has been reported with nearly all antibacterial agents, including sulfisoxazole, and may range in severity from mild to life-threatening. Therefore, it is important to consider this diagnosis in patients who present with diarrhea subsequent to the administration of antibacterial agents.

Treatment with antibacterial agents alters the normal flora of the colon and may permit overgrowth of clostridia. Studies indicate that toxin produced by Clostridium difficile is one primary cause of "antibiotic-associated colitis."

After the diagnosis of pseudomembranous colitis has been established, therapeutic measures should be initiated. Mild cases of pseudomembranous colitis usually respond to drug discontinuation alone. In moderate to severe cases, consideration should be given to management with fluids and electrolytes, protein supplementation, and treatment with an antibacterial drug clinically effective against C. difficile colitis.

Sulfonamides should be given with caution to patients with impaired renal or hepatic function and to those with severe allergy or bronchial asthma. In glucose-6-phosphate dehydrogenase-deficient individuals, hemolysis may occur; this reaction is frequently dose-related.

The frequency of resistant organisms limits the usefulness of antibacterial agents, including the sulfonamides, as sole therapy in the treatment of urinary tract infections. Since sulfonamides are bacteriostatic and not bactericidal, a complete course of therapy is needed to prevent immediate regrowth and the development of resistant uropathogens.

Patients should maintain an adequate fluid intake to prevent crystalluria and stone formation.

Sulfisoxazole can also potentiate the blood sugar lowering activity of sulfonylureas, as well as cause hypoglycemia by itself.

There are no studies available that adequately evaluate the mutagenic potential of Gantrisin. Ames mutagenic assays have not been performed with sulfisoxazole. However, sulfisoxazole was not observed to be mutagenic in E. coli Sd-4-73 when tested in the absence of a metabolic activating system.

Gantrisin has not undergone adequate trials relating to impairment of fertility. In a reproduction study in rats given 7 times the highest recommended human dose per day of sulfisoxazole, no effects were observed regarding mating behavior, conception rate or fertility index (percent pregnant).

There are no adequate and well-controlled studies of Gantrisin in pregnant women. It is not known whether Gantrisin can cause fetal harm when administered to a pregnant woman prior to term or can affect reproduction capacity. Gantrisin should be used during pregnancy only if the potential benefit justifies the potential risk to the fetus.

Kernicterus may occur in the newborn as a result of treatment of a pregnant woman at term with sulfonamides (see CONTRAINDICATIONS).

Gantrisin is excreted in human milk. Because of the potential for the development of kernicterus in neonates due to the displacement of bilirubin from plasma proteins by sulfisoxazole, a decision should be made whether to discontinue nursing or discontinue the drug taking into account the importance of the drug to the mother (see CONTRAINDICATIONS).

Gantrisin is not recommended for use in infants less than 2 months of age except in the treatment of congenital toxoplasmosis as adjunctive therapy with pyrimethamine (see CONTRAINDICATIONS).

Endocrine: The sulfonamides bear certain chemical similarities to some goitrogens, diuretics (acetazolamide and thiazides) and oral hypoglycemia agents. Cross-sensitivity may exist with these agents. Development of goiter, diuresis and hypoglycemia have occurred rarely in patients receiving sulfonamides.

Onset of pseudomembranous colitis symptoms may occur during or after treatment with sulfisoxazole (see WARNINGS).

Sulfisoxazole has been reported to cause increased elevations of liver-associated enzymes in patients with hepatitis.

Genitourinary: Crystalluria, hematuria, BUN and creatinine elevations, nephritis and toxic nephrosis with oliguria and anuria. Acute renal failure and urinary retention have also been reported. The frequency of renal complications, commonly associated with some sulfonamides, is lower in patients receiving the more soluble sulfonamides such as sulfisoxazole.

The amount of a single dose of sulfisoxazole that is associated with symptoms of overdosage or is likely to be life-threatening has not been reported. Signs and symptoms of overdosage reported with sulfonamides include anorexia, colic, nausea, vomiting, dizziness, headache, drowsiness and unconsciousness. Pyrexia, hematuria and crystalluria may be noted. Blood dyscrasias and jaundice are potential late manifestations of overdosage.

General principles of treatment include the immediate discontinuation of the drug; institution of gastric lavage or emesis; forcing oral fluids; and the administration of intravenous fluids if urine output is low and renal function is normal. The patient should be monitored with blood counts and appropriate blood chemistries, including electrolytes. If the patient becomes cyanotic, the possibility of methemoglobinemia should be considered and, if present, the condition should be treated appropriately with intravenous 1% methylene blue. If a significant blood dyscrasia or jaundice occurs, specific therapy should be instituted for these complications.

Peritoneal dialysis is not effective and hemodialysis is only moderately effective in eliminating sulfonamides.

Systemic sulfonamides are contraindicated in infants less than 2 months of age, except in the treatment of congenital toxoplasmosis as adjunctive therapy with pyrimethamine.

Usual Dose for Pediatric Patients Over 2 Months of Age 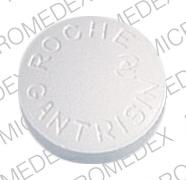