Treatment of depression and/or anxiety associated with alcoholism. (See Specific Drugs under Interactions.)

Has been effective in the management of chronic idiopathic urticaria† and may be used as an alternative to antihistamines, which are generally considered first-line therapy in patients with this condition.

Administer orally in up to 3 divided doses or as a single daily dose (if ≤150 mg); may administer once-daily doses at bedtime to reduce daytime sedation.

Dilute each dose of oral concentrate with 120 mL of water, whole or skim milk, or orange, grapefruit, tomato, prune, or pineapple juice just prior to administration; solution is physically incompatible with many carbonated beverages. Patients on methadone maintenance may mix doxepin oral concentrate and methadone syrup with Gatorade, lemonade, orange juice, sugar water, Tang, or water but not with grape juice. Bulk dilution and storage not recommended by manufacturer.

Available as doxepin hydrochloride; dosage expressed in terms of doxepin.

When administered as a single daily dose, the maximum daily dose recommended is 150 mg. Commercially available 150-mg capsules of doxepin are intended for maintenance therapy only and are not recommended for initial therapy.

Select dosage at the lower end of recommended range since decreased hepatic, renal, or cardiac function and concomitant illness and medications are more frequent; increase dosage more gradually and monitor closely. May administer before bedtime. (See Geriatric Use under Cautions.)

Shares the toxic potentials of other TCAs; observe the usual precautions of TCA therapy.

Appropriately monitor and closely observe patients receiving doxepin for any reason, particularly during initiation of therapy (i.e., the first few months) and during periods of dosage adjustments. (See Boxed Warning and also see Pediatric Use under Cautions.)

May unmask bipolar disorder. (See Activation of Mania or Hypomania under Cautions.) Doxepin is not approved for use in treating bipolar depression.

Response to alcohol may be potentiated.

Use with caution in patients for whom excess anticholinergic activity could be harmful (e.g., history of urinary retention, increased IOP). (See Contraindications under Cautions.)

Possible exacerbation of psychosis in patients with schizophrenia; decrease dosage or administer an antipsychotic agent concomitantly.

Distributes into milk; some clinicians recommend that breast-feeding be avoided during doxepin therapy.

Safety of doxepin in pediatric patients <12 years of age has not been established.

Carefully consider these findings when assessing potential benefits and risks of doxepin in a child or adolescent for any clinical use. (See Worsening of Depression and Suicidality Risk under Cautions.)

Inhibitors of CYP2D6: potential pharmacokinetic interaction (increased plasma doxepin concentrations) with concomitant use of CYP2D6 inhibitors; use with caution. Consider doxepin dosage adjustment whenever a CYP2D6 inhibitor is added or discontinued.

Doxepin and its active N-demethylated metabolite are distributed into milk in concentrations ranging from about 30–140% and 10–115%, respectively, of those in maternal serum. Substantial concentrations of the active metabolite have been detected in the serum and urine of nursing infants whose mothers were receiving 75–150 mg of doxepin daily. 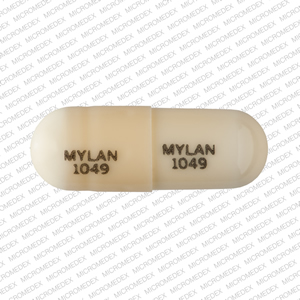